The Break 4 on BBC Three - Meet the Writers

The 4th Series of The Break, our returning strand of exciting contemporary drama shorts by writers new to broadcast, launches today on BBC Three. For this 4th series all the writers are from Northern Ireland.

Watch all five now on BBC iPlayer and find out more below, including meeting the writers and hearing from the Executive Producers about why it is so important to tell fresh stories and showcase the wealth of talent from Northern Ireland. 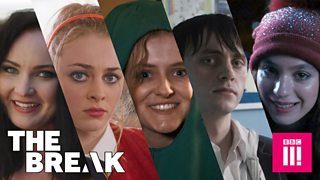 Developing these heartfelt, universal tales that could only come from here was a treat, and helping our writers to paint their picture of a contemporary and relevant Northern Ireland was a welcome and refreshing change. We are among the best storytellers in the world and we have more than one story to tell, hopefully these ambitious, arresting and unique pieces can break through and show that to as wide an audience as possible.

Thanks so much for the writers and their dedication and invention, to BBC Studios and Artis Pictures for putting so much into making them, to NI Screen for their constant support and to BBC3 and Drama Commissioning for the opportunity.

This year's projects shone out with their empowering and unexpected points of view on provocative or sensitive subjects. As a modern showcase for Northern Irish talent and fresh Northern Irish stories, these films introduce audiences to unforgettable characters and contemporary stories, with universal themes. We strove hard to subvert and inspire and dare to dare. All the teams rose to the many challenges of making such ambitious stories on a low budget and the economies and focus to tell what was most vital in just six minutes. We all learned a huge amount along the way, on screen and off. The result we hope will be wonderfully unexpected to audiences, films that are revelatory in content and character. We congratulate all the teams for all their hard work and talents, which we had the privilege to support. 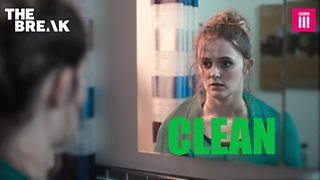 The subject matter in CLEAN is currently a very divisive topic in Northern Ireland. It’s also something I have direct personal experience of, so working on it brought both private and public challenges. That said, my first take away from this would be - write the thing that scares you. It can be incredibly cathartic and rewarding.

Right from the offset I knew I didn’t want another maudlin, stereotypical depiction of a ‘victim'. It was really important therefore that I showcased my central character Kerry’s humour, despite what’s happened to her. Being a ‘victim’ doesn’t define her. Her character does. Kerry to me personifies the whip-smart wit, warm nature, wicked humour and resilience that define the people of Northern Ireland. 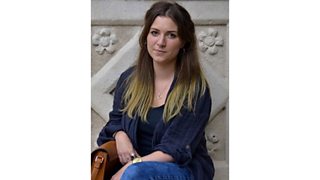 Coming from a theatre background, writing a five minute piece for TV was a steep learning curve. Thanks to Keith and my brilliant script editor Hamish, I quickly learnt that less is definitely more. TV holds your audience in a confined, intimate, close up space. You don’t need to use lyrical writing that’ll impact people sat at the back of the Gods.  It was a hard lesson in brevity!

The team at BBC Writersroom were so incredibly supportive throughout. I always felt safe, heard and championed, which was vital when making work about something so personal.  They were always fighting for me and my story and I am so proud of what we created together. So often in the media, survivors are presented as nameless victims. It’s easy to dismiss a nameless victim and I’ve been surprised by the flippancy with how people have spoken about the issue. I hope in some small way, Kerry might make people re-evaluate their behaviour. 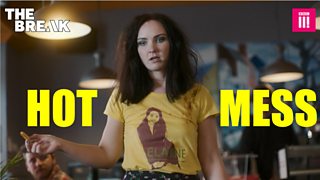 HOT MESS is a comedy about dating while mentally ill. After reading that about how almost half of all young people in NI have experienced mental health issues it felt important to tell a story that wasn’t about being cured but about finding joy in living. I wanted to show a character with mental illness who was funny and likeable and loved, the antithesis of what we normally see on screen. 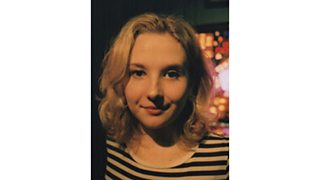 For me the script development was the most important part of the process. Finding out how much better the development can make a script has changed the way I write. I’ve found that now I’m considering so many more factors from the very first draft and asking myself essential questions about every aspect of a script. Overall it’s made my writing much more robust and reasoned allowing me to assess what’s really important about a story.

From being on set surrounded by people with copies of the script that I had written to seeing my work on screen, the scale of it was completely surreal.

I am so grateful for the support of the BBC Writersroom in trusting me to say something that I felt was necessary while also letting me really go all in with my Legally Blonde jokes. 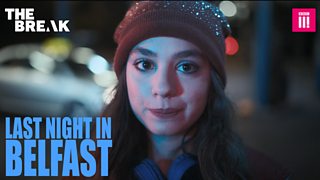 You rarely think about how it began once you’ve seen how it ends.

This tiny love story set in my neighbourhood, North Belfast, started as pure homesickness for 24-hour diners in Washington, D.C. Then realising that the only all-night places in Belfast are staffed by one person behind bullet-proof glass. The oddity of someone else shopping for you in the middle of the night. Questions about desire — wanting what’s on the other side of the window. What happens when you have no control over whether you go or stay? Early in the drafts, I described it to one of the producers as ‘a cross between St Elmo’s Fire and a deportation letter my friend got from the Home Office’. Unrequited love can be for a place too.

This is my first go at TV, and I learned tonnes. I had amazing support from Hamish, Keith & Anna at BBC Writersroom and PJ, Kate & Steven the producers, not to mention the folks at the all-night petrol station next to my flat. Storytelling in this new-to-me way meant switching out all of my usual writing muscles (I’m mostly a prose person). Pitches and treatments became beat sheets and eventually scripts. Multiple drafts of all of the above. So many iterations of even something so small. Part of what I now love about writing TV are the many versions of this that exist for me as the writer: I remember the rejected titles, the things that were of course impossible to pull off in the shoot (songs, police vans, dogs, a sweeping shot of the Crumlin Road courthouse as Vivi sprints by), and what was added with Aidan’s and the whole creative team’s minds in the mix: the vintage sneakers, the headphones, the graffiti, and new emotional depth. I can enjoy how Vivi’s written lines lived and changed shape in Ana’s amazing voice. (It was her first time working in English. Total hero.) What I first imagined as kinda silly and cinematic became more polished, sweeter and darker — and yet also exactly what it started as, a tiny love story set in my adopted neighbourhood. 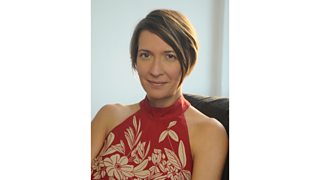 I’m really fortunate to be part of the BBC Writersroom development group in NI, Belfast Voices, which is where I heard about this opportunity. There are so many deserving voices here; please listen to these here in The Break series, and seek out more. If you’re a NI writer, start something, get it out there and stick with it. Through all the many drafts. 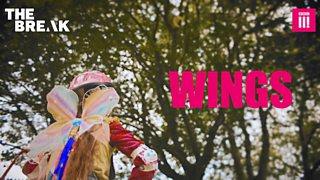 The Break was my first experience of writing for television. I’ve written a number of pieces for BBC Radio 4 and Radio 3 and love radio so much I’d never really considered screen writing as an option.

I’ve always heard that writing for television is incredibly competitive and difficult to break into and so I’m incredibly grateful to the team behind The Break for giving me a really fantastic -and I think- authentic experience of what it’s like to work with producers, directors, actors and all the various creatives who worked together to bring my script to life. 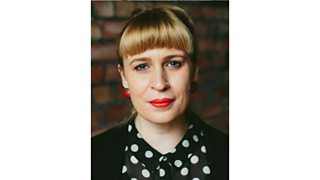 The Break was my first experience of writing for television. I’ve written a number of pieces for BBC Radio 4 and Radio 3 and love radio so much I’d never really considered screen writing as an option.

I’ve always heard that writing for television is incredibly competitive and difficult to break into and so I’m incredibly grateful to the team behind The Break for giving me a really fantastic -and I think- authentic experience of what it’s like to work with producers, directors, actors and all the various creatives who worked together to bring my script to life.

I gained an incredible amount of insight into the world of screen writing through The Break. It was practical and hands on and there was always a team of more-experienced writers on hand to support me throughout the process. I learnt how to write more concisely, how to bring immediacy into my writing, how to take critique and direction, and above all, how to create within a team. I’m primarily a novelist and normally work by myself or with a single editor.

The opportunity to work alongside a large production team was a really invaluable creative experience for me and definitely something which I’d like to repeat in the future. 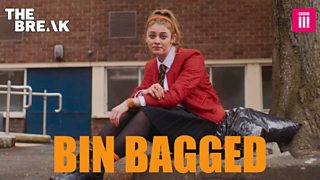 I have always said* that my three favourite types of people are underdogs (like Frodo Baggins), people who aren’t afraid to stand up to authority (like Muhammad Ali) and people who swear a lot (like Gordon Ramsey.) Therefore, it’s unsurprising that my first idea for The Break series 4 was about a tiny, hairy-footed boxer/political activist who travelled around Middle Earth improving restaurants (while swearing a lot.)

Thankfully, my next idea was better. Chloe – a young girl in foster care who makes a huge mistake at school and desperately tries to get away with it (while swearing a lot.) 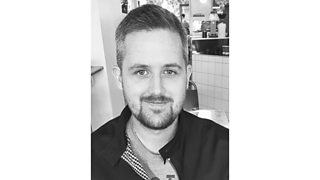 I feel very fortunate to have been given the opportunity to work with and learn from the many wonderful script editors, producers and directors involved in this project. They all gave me such great advice and help (while swearing a lot.) As Chloe became more and more developed, I realised that I have a fourth favourite kind of person – people who are lost and in need of help.

This is what I wanted to capture with Bin Bagged. I hope I have done that (while swearing a lot.)

*I have literally never said this.

WATCH ALL 5 EPISODES ON BBC IPLAYER

Find out more about Series 1, Series 2 & Series 3 of The Break