(Spoiler warning - for anyone who hasn't read/watched Agatha Christie's Curtain)

It’s everywhere at the moment, isn’t it? New spins on old ideas. Intellectual property dusted off and refashioned. Brand extension. It’s a vast source of stories for an industry gagging for content, a way to cut through the noise and give audiences something ‘the same but different’. The temptation is huge to take a character we love, and change it.

I’m not at all averse to this, having written Nick Nickleby, and when I first got my shot at adapting Agatha Christie stories for BBC Radio 4, it was because they wanted fresh blood. Back then, producer Sam Hoyle and I both had a passion for Christie and a wish to bring the lesser-known novels to life, but our refreshing of the brand wasn’t about change for its own sake. We wanted to remain true to the source.

Then this year, to mark Christie’s 125th anniversary, I finally got the chance to do a Marple. All the Marple novels had been done on radio and TV, so people knew them inside and out. What could I add? That temptation arose to do something different. 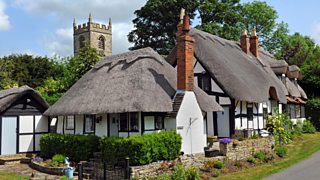 Unlike the heart-rending send-off for Hercule Poirot in Curtain, Christie wrote no proper ending for Miss Marple. The novel of her ‘Last Case’ was the posthumously published Sleeping Murder, but it had no Curtain-style conclusion.  A little later, publishers collected assorted stories and put them together under the title Miss Marple’s Final Cases. Again, there was no final moment. How could there be? Christie never anticipated the collection’s existence. But as I read them, one story sparked an idea.

The Case of the Caretaker opens with a depressed Miss Marple, brought low by illness, even wishing she were dead: “After all, I’m an old woman. Nobody wants me or cares about me.” It’s shocking to hear that from the sprightly lady we care about very much. But it gives us something rare in a detective story where few characters change – the chance of an arc. And I realised from the book’s title that there was only one place this arc could end… If these were her final cases, Miss Marple would have to die.

What a terrible thought! And yet exciting, in story terms. Still, I didn’t envisage any plot-driven machinations leading to a murdered Marple. Taking my lead from the stories – in particular the divine Sanctuary, where Marple enjoys a thrilling adventure with her god-daughter Bunch – I wanted to give her three last chances to regain her wits and verve and prove the worth of ‘an old woman’. That was the arc. Not from life to death, so much as from depression to a renewal, and finally something hopefully approaching elegiac. 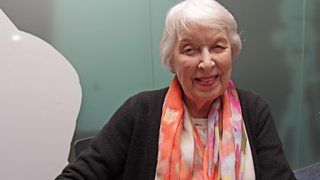 When it came to the recording I was glad that I didn’t do anything more radical. The legendary June Whitfield has played Marple in all of the radio dramatisations and knows her better than any of us. Those lines from Caretaker that sparked my idea, gave her pause. Her Marple wasn’t one for self-pity or malingering, and though she humoured my talk of arcs, the twinkle in her eye taught me more than a 100 books on adaptation ever could. In fact, in all the writing tomes I’ve read, precious little is said of actors, even though they are the ones who take our characters and embody them, nurture them, defend them. June played the scene beautifully and it worked, but that moment of pause made me go back to the script to re-spin the serial thread much finer.

Against the tide of reboots and re-visioning, I realised how little is sometimes needed to shed new light on an iconic character. The arc is still there, we end at a grave and what lies ahead hangs in the air, but thanks to June, this Miss Marple gives it short shrift and remains utterly herself. As Marple says, she is “hopelessly Victorian”, an old woman of her time, unchanging – which is why we love her, and why Christie’s world lives on.

Miss Marple’s Final Cases begins on BBC Radio 4 on Weds Sept 16th at 11.30am and on BBC iPlayer for 30 days

Writing for Doctors - 'The Heart of England'