When did you become familiar with Hilary Mantel’s books?

I remember reading A Place of Greater Safety in the early nineties and being utterly gripped by it, falling in love with the characters and feeling hugely impressed by its scale and sweep. I felt exactly the same way reading Wolf Hall for the first time.

What conversations did you and Hilary have before you started?

I think before I began writing there was an afternoon meeting - just to say hello and get to know each other a bit. But during the actual writing I was often in contact with Hilary, checking on her reaction to changes, compressions, asking for advice or clarification. She was unfailingly inventive, open, generous and supportive. Just what you hope for in a novelist you’re adapting! 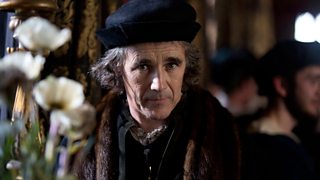 How did you approach adapting such vast novels for television?

I find that the process of adaptation differs from work to work. With some novels I might just start writing the script immediately, working on instinct. With others I might feel the need to plan very thoroughly, using index cards on a board, lots of diagrams etc.

With Wolf Hall, I remember I felt I had to settle on one strand of the story and treat that as a spine, a kind of safety rope flung from one end of the narrative to the other. When in doubt about which way to go next, whether to keep or lose a scene, how and when to combine elements and occasionally invent new moments, I would always try and use this spine to settle the question.

The spine I chose was the portion of the novel that you can think of as a revenge tale: Cromwell’s loyalty to Wolsey and consequent desire to revenge his fall and death. Unlike a novel, a drama is like a shark - if it stops moving forward it dies. I felt this revenge story was so visceral and dynamic that it was the most useful engine to keep us moving forward. Of course, the abiding desire for revenge is quite a central to the novel too - I didn’t feel I was imposing it on the material in any way - but a different adaptor might have weighted the strand differently, been more interested in another element of the plot. That’s why from the same novel two dramatists can produce very different works. 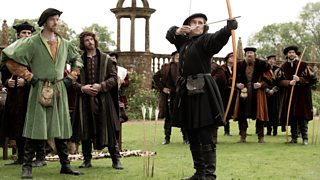 What was the hardest element to the project?

Episode One was the most difficult as it had to combine so much background information and yet keep what I was presenting as the "front story" moving forward. I crossed my fingers, thought of The Godfather 2’s structure, and had a go. Very tricky.

Also, I really did love the books so much and felt they were so crammed with fantastic scenes that I had the miser’s problem of not wanting to lose anything. I was constantly trying to compress and combine to fit all my favourite parts in without damaging the structure of the episodes. 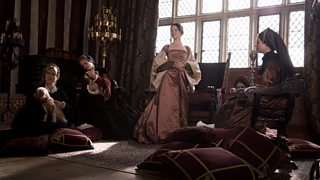 Did you connect with the characters?

Very much so. I think one of the great achievements of the novel is the sympathy and loyalty we can feel for Cromwell, who is far from being an innocent man - particularly towards the end. Another personal favourite for me was Rafe. And I was always glad to see Norfolk stomp into view. 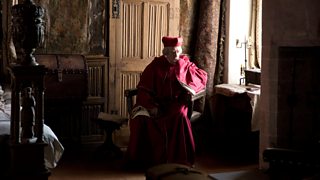 Find out more about Wolf Hall and watch on BBC iPlayer

Read an interview on the BBC Media Centre with the author, Hilary Mantel

(This interview was first published on the BBC's Media Centre)

GF Newman - from 'Law and Order' to 'The Corrupted'