The Silent Witness two-parter One Day is broadcast on BBC One on Monday 29th and Tuesday 30th January at 9pm. The episodes revolve around unexplained deaths of patients at a care home but explore issues around disability and the treatment of disabled people in society. We caught up with the writer Tim Prager following a preview screening to find out what lies behind the story.

Why was writing these episodes of Silent Witness (One Day) so important to you? Do you have a personal connection to the issues that are raised?

I have a son with cerebral palsy and I’ve seen him encounter questions and issues around his capabilities and worth. Those questions started at a very young age and have continued throughout most of his life. There were varying reactions to his disability. For some people it was ‘Why are you hoping that your son will go to a mainstream school?’ and latterly it was ‘You need to manage his expectations’ and then it was ‘Is he able to work?'. Essentially they were all basic utilitarian questions. I should add that once he got into a mainstream secondary school he went on to Oxford University and is now a political advisor and researcher.

My son was astonishingly well supported at his secondary school, by individuals who recognised his worth and potential; teachers who helped him access what he needed. But in the end that’s no different from any other student, it’s just that his support might be more complicated and obvious, physical support as well as intellectual.

The perception of someone with a disability is that they have less ability to contribute to society, and that is false. The result of that is that people construe or construct expectations of usefulness. Those things bothered me. 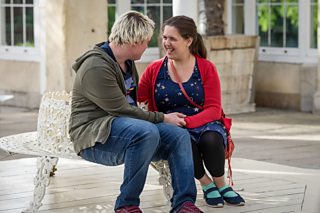 The US Private Equity Firm Blackstone’s behaviour over the Southern Cross care homes, which became a “property play” quite possibly at the expense of the vulnerable and elderly, troubled me. The Panorama report, which showed people in care homes being badly treated, troubled me. Now, we hear of a report like that every few months; so called “carers” who abuse the people that depend upon them. The common thread here is that the well being of those in need is disregarded – they are “less”.

I was troubled that discussion around dementia has thrown up a whole new issue around utility, the cost of care and longevity. The death of a loved one with dementia who is costing £3000 to £4000 a week to look after, can be described as a ‘euthanasia bonus’. Someone who has no ability to understand, remember, or recognise becomes for some, less than human, an emotional and financial burden and it appears that they have become targets for abuse by some unprofessional carers who lack compassion. We have seen numerous examples of this as well as of family members who no longer view them as the same person – their memory is gone and their humanity is lost. I don’t know the answer, but the prospect of society trying to apply utilitarian notions to the problem means we are certain to come up short – the rise of the arguments for assisted suicide and the well meaning arguments around that issue are confounding our ability to know what to do. What is best? What is human? It is a moral problem that Pope John-Paul II solved by declaring that suffering made him closer to God. A shift in dogma that rejected the idea that one’s disability or impairment was connected to sin and God was punishing a transgressor. Sadly, this is a relationship some people still subscribe to. 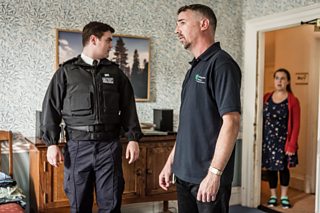 Did anyone in particular inspire you to write these characters?

When my son was diagnosed with Cerebral Palsy I walked through a door into a world I did not know, indeed did not really know existed. In the twenty odd years since, I have met lots of people with disabilities and have acquired lots of potential models for these characters. I’d known the actor who plays Kevin (Toby Sams-Friedman) since he was a boy, but I never expected him to play the part. I was delighted when he auditioned and of course thrilled when (Director) Thaddeus and (Producer) Kiaran called me and expressed confidence in him. It wouldn’t be fair to say the characters were modelled on anyone specific. There were lots of different influences. 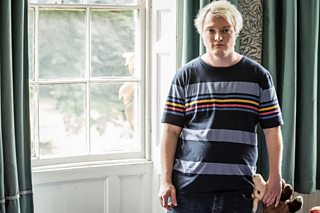 Why was Silent Witness the right programme to tell this story?

I’ve written Silent Witness for some time, rebooted the characters six ago, creating Thomas, (Richard Lintern), Jack, (David Caves) and Clarissa (Liz Carr) and have been given the latitude to tell stories about many different subjects. The show has a robust format that allows so many subjects to be described and investigated but it is also the trust and creativity of the Executive Producer (Richard Stokes) and Producer (Kiaran Murray-Smith) that creates the circumstances that enable my ambition and the ambition of the other excellent writers who write films for the series. It’s seen by almost nine million people, so if you want to discuss something that you think has societal import then it’s not a bad platform! In a way it’s the ultimate Trojan Horse – a show that has commercial bones that allows you discuss subjects that people might not normally gravitate towards.

The reality is that actually audiences want to watch stories that are about something. Silent Witness has a contract with the audience that makes it feel that it is about life today – and the audience that comes to it has an appetite for subjects that are thought provoking.

And of course it was key that Liz Carr was already in the show. I created the character of Clarissa six years ago and I believe she has always been a great asset to the show. I had always wanted to make her role more significant and write for her in a way that allowed her to shine. Knowing that I’ve got a character like Clarissa gives me a story portal that I can walk through; that allows me to go into these subjects in a way that feels organic to the series. 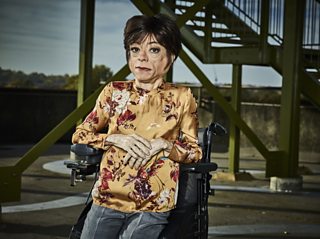 What was the process of getting One Day commissioned? Did you have to fight for it?

Actually, it was straightforward. “Timing” may really be “everything”…but the Producer and Executive Producer were available and interested in this subject so the process was easy. They said they wanted to do it and that was it. If you encounter problems telling particular stories it is usually down to the preconceived ideas of the individuals involved – or the fact that they are tone deaf to a good story or indeed to how a story can be realised.

What do you want people to take away from the story of One Day?

Hopefully one of the outcomes is to change perception. Accept difference and consider how the quantification of everything in our modern life might be at odds with our humanity. 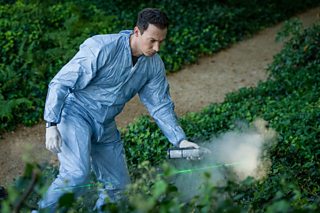 What needs to change to ensure that disabled people are properly represented on TV?

I don’t know what ‘properly represented’ means. From my perspective we should have a disabled character in every episode of Silent Witness, just as part of the world. They could be behind a counter or teaching in a school. We just need to normalise disability and make it a regular part of our world, not hidden away. That’s a really powerful way to make people both aware but also not afraid of disability. If you think back through the history of TV there are certain seminal shows that moved us forward because the representation of the world is changed by them. Television is a very powerful tool. This can be something that we worry about – for example with too much violence – but let’s use that power for some good.

There are some practicalities that you just have to accommodate for people with mobility problems or extra requirements, and there are going to be times when you need a little more rehearsal or support. Richard and Kiaran always looked for solutions to enable people both practically and creatively. They built one extra day into the shooting schedule so it wasn’t so pressurised. The entire crew went out of their way to make sure that every actor, disabled or not, was enabled to do their best work. That was a tremendous tribute by the crew to what they were seeing on the set. 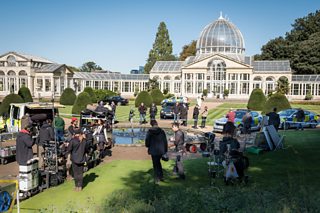 Does this mean the BBC has ‘done’ disability for the next couple of years?

Not from my perspective – I can guarantee you – and not from the perspective of Charlotte Moore (Director of Content) or Hilary Salmon (Head of Drama London, BBC Studios). Hilary, by the way has always been an advocate for diversity and the reflection of the whole human experience in BBC Drama. Charlotte and Hilary are part of a group of people that really want to see the BBC represent everyone in society. They are absolutely committed to ensuring issues around disability (and many other subjects) are discussed and normalised.

There are a lot of disabled people in this country, over 11 million. 6% of children, 16% of working age adults. We’ve got to try and get these issues not to be ghettoised – so we’re not ‘doing disability’ – it’s not a sub-category. It’s part of my life and lots of people’s lives every day.

Viral Success! But what does it mean?