GF Newman - from 'Law and Order' to 'The Corrupted'

The most exciting place for a writer who feels he/she has anything worthwhile to say about society at present is radio drama. It's accessible to anyone with a voice who can structure a dramatic tale; it offers a great platform for radical ideas, and a lot of freedom to the creative and imaginative.

Back in 1975 when I was commissioned by Tony Garnett to write the original Law and Order for BBC2 I had never written drama. The commission came about as a result of my first novel 'Sir, You Bastard', an original and controversial tale about endemic police corruption. I was living in Ireland when Tony called inviting me to meet with him to discuss my writing a single BBC film about police corruption. In those days producers in television held their own budgets. Tony had money at the BBC to make four films a year. With this he had the freedom to make five films or even six if he was careful, but not three.

We walked in Hyde Park and talked about what the police were up to, and following that conversation he commissioned a script with not a word written down. I went back to Ireland to write the script, Tony advising me not to concern myself with formatting, to write it like a present tense novel if that suited me. It did. I wrote it and sent what now seems like a strange document. He responded at once, saying what I'd given him was great, but it doesn't end. There is no end to corruption, was my response. At the close of the script the police didn't have a 'result' and capture the robbers, so decided to 'find' something else for them. Tony wanted to know how that process panned out, so commissioned another script to see how the criminals fared; then the lawyers, followed by the prisoner. The result was a four-part mini-series called Law and Order that was transmitted in 1978. The Controller of BBC2 at the time, Brian Wenham, trusted Tony and got to see the start of episode one, 'A Detective's Tale' only half an hour ahead of transmission. It caused a furore, as Brian knew it would and trusted the producer and writer to deal with it. The rest, as they say, is history. 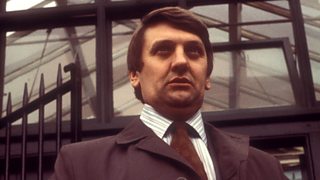 Derek Martin in Law and Order: A Detectives Tale

It was an interesting process working with Tony, and Les Blair, the director. Les was in partnership with Mike Leigh out of film school and both preferred improvisation. I was asked not to come to rehearsals with the actors for the first three days as Les and Tony wanted to get the actors to improvise on my scripts. After three days they gave up and called me in. The actors weren't getting any better dialogue than I'd written and none of it as authentic, which goes to show that the written word can be as effective and more natural. 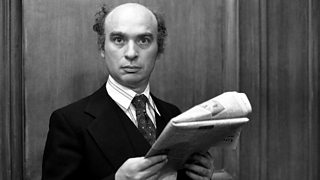 Ken Campbell as Alex Gladwell in Law and Order

The creative freedom existing in radio drama today is like television was in the 70s, with producers holding their budgets and delivering their commissions fully cast and recorded based on trust, with very little oversight. It is the writer's medium, as television was at one time, not the executives'. For a writer starting out this is the place to pitch his/her work. There someone is more inclined to take a chance on a new talent with a drama costing £24K for an hour than in television where a single hour can cost up to £1M. In part for this reason the folk in radio drama are more open to radical ideas from both new and established writers. And if one producer doesn't like your ideas, the door to others is wide open. The Commissioning Editor for Drama on Radio 4 is Jeremy Howe, who pioneered the wonderful 'shorts' series on television called 10X10, which gave a huge number of first-time writers, directors and producers their break. He's now doing the same in radio.

People often see radio drama as the poor relation and would rather be in television, writers especially. Many fail to appreciate what radio is, and the sort of learning curve it provides for a writer. You have no visual aids to tell your story. Everything has to come from the words – as is often the case in television, anyway. Turn the sound down on a television show and see how much of the story you follow. Turn the vision down on radio and still you get clear pictures of everything! Provided the writer has done his/her job well. There you need to be clear, concise and simple, but not so simple it's stupid. With no visual aids the audience tends to go inward with imagination, grasping complex ideas. 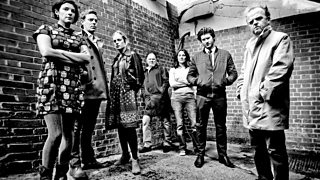 How I came to be writing GF Newman's The Corrupted is one of those happy co-incidences. Again, it was as a result of a book I'd written back in 2009 called 'Crime and Punishment' (the publisher advised me against the title because of a novel of the same name by some Russian upstart, but I knew best!) Clive Brill, who I'd worked with many years before on a two-part television drama called The Healer, had an acting role in my television series Judge John Deed, and along with a number of actors he came along to the book launch, and carried away a copy! The book is what I call the 'fictional' history of crime from WW2 to Mrs Thatcher's election. (Book two will take us to present time.) The fictional family at its heart gets involved with various real people, criminals like the Krays and the Richardsons and with corrupt and corrupting businessmen and lawyers like Emil Savundra and Arnold Goodman, corrupt detectives such as George Fenwick and Ken Drury, and politicians like Tom Driberg and Harold Wilson, John Profumo and Lord Boothby. Clive, who produces radio and film, thought it would make great radio and asked how many episodes it would make. He laughed when I said at least 60. He soon realised I was serious.

That was a proposition which had to go to the Controller of Drama, who said the Controller of the station would want to meet me to discuss this. Neither Jeremy Howe nor Gwyneth Williams blinked when I repeated that I wanted to do sixty full drama episodes or none. There has never been a commission of this size. They agreed we could do them in seasons of ten, which suited me as I was busy with other writing, and it meant the shows would fall easily into decades. However, they did agree to stream them over ten consecutive Afternoon Drama slots. Another first for Radio 4. The Controller's only hesitation was about the title. That Russian having got there first with his novel, and Radio 4 listeners being quite literary, there might be confusion, she thought. We tipped titles at the drama when Gwyneth came up with GF Newman's The Corrupted. What writer could resist their name above the title? 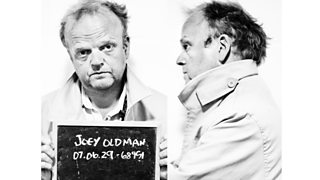 Toby Jones as Joey Oldman in GF Newman's 'The Corrupted'

I wrote them fast based on my knowledge of the characters, never once referring to that work, nor to historical documents, preferring to work from memory and experience of these people and incidents. This way you can capture greater emotional truth, which is more important to me than the accuracy of mere historical fact. Such facts are easy to research later, and all facts are distorted by someone's retelling, or by their political viewpoint or the prism of their particular prejudice. Would Mrs Kray ever admit she had given birth to a pair of cowardly monsters? Or Mother Richardson ever acknowledge her boys were sociopathic sadists? Speed is essential when writing on a very big series. You have to capture it in a blink or risk losing it. Having captured it on paper – I still work with pen and paper – I get it off to be word-processed. The copy that comes back is then worked and reworked until I have to give it up to production. There is never enough time for this sort of work.

Good editing takes far far longer than ever writing does, and it can always improve good writing, though of course no amount of editing will make bad writing good. You see the absence of this groundwork in many of the books that are published and films that are made. Nowadays it is rare for a publisher to edit authors – it's an expensive process – and as authors gain reputation and status they don't allow themselves to be edited. It's always easier to see in a finished film the one the producers should have made rather than the one they did make, or a published book that has not had a thorough edit, if one at all. Authors are sometimes their own worst critics, having no objectivity about their own work. So often we ignore Shakespeare's injunction to, murder our babies, instead we rewrite the whole scene to save a cherished line, or the whole script even to save a scene we are so attached to. Over the years at the coalface I have become more adept at editing my writing. I'm just going through my novel 'Law and Order' to republish it. There are many hours behind me on this and many more to go.

GF Newman's 'The Corrupted' - Series 2. Is Brian hiding something?

GF Newman's The Corrupted speaks to a constant theme in my writing from day one: a quest to reveal some of the corruption that cripples our society. Whether it's from the police, business people, lawyers, doctors, politicians, even undertakers! None of it is victimless crime. Crime is never victimless. Corruption at every level diminishes our society and robs us all. Will I change this? I very much doubt it for as we lose sight of spiritual values so we become more materialistic, and with materialism comes corruption, inevitably. It's very hard for mere mortals not to be influenced and affected by such values. All you can try to do is not despair at the situation.

Read the scripts for Series 2 in our online Script Library

Read a synopsis of Series 2

The cop drama that rewrote TV history (The Independent)