A record 6803 scripts were submitted for our recent InterConnected opportunity, an amazing feat of creativity!

We'd like to say thank you to everyone who took the time to send in a script. From feedback we've received it seems that for a lot of people this was the first time that they had attempted this form of writing. Hopefully you found it a rewarding experience regardless of the outcome.

Of course, the more entries we have, the more disappointed writers there will be, as only a handful of scripts will make it into production. Unfortunately we’re not able to provide individual feedback but below we have offered some insight into why certain scripts stood out from the nearly seven thousand other entries.

Rest assured for those that won't have made it through, we do realise just how tricky the brief was (short form piece, via video conference software, minimal production resources, responding to dramatic real life events)! We’ve been really impressed with how everyone rose to the creative challenge and it’s been a privilege to read everyone’s work. 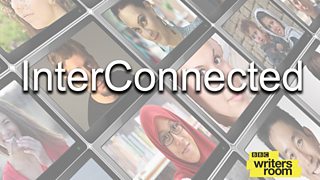 For the InterConnected opportunity we were looking for original short-form scripts, between 5-10 minutes in length, whose 2-4 characters now find themselves in isolation, but connecting via video conferencing.

We'll let everyone know the outcome for their script as soon as possible so please keep an eye on your inbox (including your junk mail folder as sometimes our emails are redirected there automatically).

Explore more writing opportunities from the BBC and across the industry

Our Girl - An interview with the show's creator, Tony Grounds