Adapting 'The C Word', based on the book and blog by Lisa Lynch 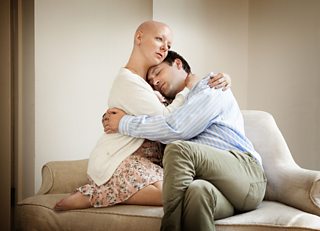 Back in 2010, I was sent Lisa’s book by a BBC producer to see if I wanted to adapt it. Adapt it? I was afraid to open it. I was scared to read about cancer for the same reason that people are bad at talking about it. It’s frightening – and the more people don’t talk about it, the more frightening it becomes.

Two pages in, I was laughing. A few hundred pages later I was still sitting in the same chair, holding the book to my chest in the way you do when you’ve loved a book so much you don’t want it to be over. The book I had been afraid to open turned out to be one of the funniest, most uplifting books I had ever read.

The way Lisa squared up to the fear and the silence and “the bullshit”, as Lisa called it, around cancer was amazing enough, but for me the book was also about what it means to realise that you’re not in control of life and how hard that it is to accept. That’s a universal experience and I felt that Lisa’s writing spoke to it like nothing I had read before.

I had to meet Lisa and write this script. 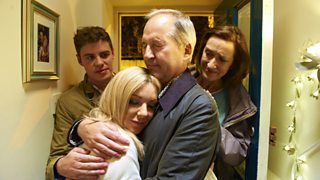 Was it daunting to be introduced to her? Yes – but only for about 60 seconds as she had a knack for putting people at ease. She was exactly like the girl in the book. By the end of the first meeting, she was texting me playlists and we were arranging to meet up for G&Ts. And that’s how it continued. Emails, meetings, lots more playlists, lots more G&Ts. We became collaborators and friends.

There was no shortage of incredible material from which to build scenes. Everything was there in Lisa’s book and blog – amazing characters, brilliant dialogue, a tone that I loved. The challenge was that I had 90 minutes of screen-time and events that occurred over approximately five years of Lisa’s life. Finding the through-line – identifying what it was that would take us from the beginning to the middle to the end – was what I spent most time thinking about and experimenting with. Even though the blog is by its nature episodic, to work as a drama the adaptation had to have narrative propulsion and a ‘shape’ so I had to continuously interrogate every scene to check it fitted that shape and served the narrative.

The book ends with Lisa being told that there’s no sign of cancer, and of course that’s where my script ended too. Then Lisa’s cancer came back. It was radically life-shortening and Lisa’s life and her blog went from being about beating “the bullshit” to trying to get her head around the enormity of the news and make the most of the time she had. This she did, with such incredible tenacity and zen-like awesomeness – without ever shying away from how impossibly hard it was. 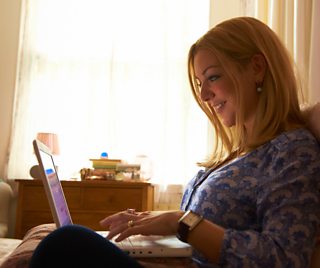 Lisa and her family wanted the adaptation to continue. It would be a different story now, with a different ending, but of course no less deserving of being told. When it came to rewriting, I struggled to get started and I kept coming up with every kind of excuse not to sit down and do it. It was Pete who unstuck me by coming over and talking to me about his and Lisa’s last few months together. With his encouragement and Lisa’s own words in her blog, I was able to write to the end.

It’s been five years from when I first sat there, scared to begin Lisa’s book and then gutted to have finished it. The BBC producer who sent it to me was Sue Hogg, and I wouldn’t have got here (or possibly anywhere) without her. Sue Hogg got stuff out of me I didn’t know was there and pushed past my fear and sadness and excuses and made sure I finished the job. Ben Stephenson and Charlotte Moore had such confidence and such conviction about the importance of telling Lisa’s story and that spurred me on. Some of the most important rewriting happened when Tim (Kirkby) came onboard as director. He wanted us to use much, much more blog and that was critical and correct and transforms the final film – I’m so grateful for that.

Watch the trailer for The C Word

Sheridan captures Lisa uncannily. She’s everything Lisa knew she would be and more.

The feeling of seeing Lisa’s family watching it at a screening, laughing and crying and celebrating after, is simply impossible to describe. Also impossible to describe is the privilege of knowing Lisa and getting to work with her on this film. To which she’d say ‘shaddupayaface’ and ask if I’d removed my shocking music choices from the script yet (I did). I hope she’d be proud of it.

Meet the cast of The C Word

Writing 'The Game' for BBC Two

Q&A with the writer of BBC Three's 'Tatau'