War and Peace - an interview with Andrew Davies, the writer of BBC One's new adaptation of Tolstoy's novel. 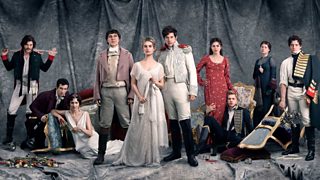 What appealed to you about adapting War & Peace?

I’d never read it before the BBC suggested it. I’d been saving it up. But I thought, “Gosh, it’s about time I read it now.” I was absolutely surprised to find out how fresh and lively and modern it felt. I thought it was going to be this great solemn tome. But there’s a lot of humour and affection in it. Once you’ve cut out the bits where Tolstoy is arguing with himself about theories of history, it’s such a vibrant, fun and very moving story with really, really interesting characters. He’s just so good on different sorts of family dynamics. I just fell in love with it. 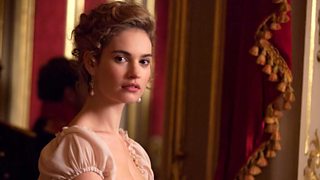 Which characters in particular leapt out at you?

I particularly fell in love with Natasha because she’s such an appealing character! Natasha is the one who has to do the most growing up in the whole novel. 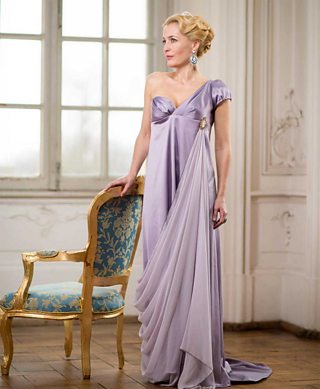 Are you pleased with the casting?

Absolutely. It’s staggering we’ve got all these really big names. It’s great to have people like Jim Broadbent and Brian Cox. I was delighted that Gillian Anderson is in it, too. She was in my adaptation of Bleak House as Lady Dedlock, so it’s lovely to work with her again. She’s so remarkable. She’s not one of those actors who just does her usual thing every time. She’s completely different in everything she does – she even has a different voice in every role. The young ones are just terrific, too; Lily James and James Norton are wonderful. We’re also very lucky to get Paul Dano – he’s a very, very subtle actor. 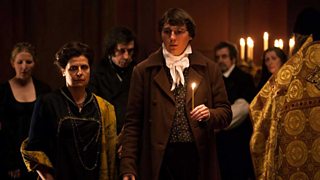 How did you approach this adaptation?

When I’m reading the novel, I’m looking for whose story is it really, who we go on the journey with. In War & Peace, it’s very much Pierre, Andrei and Natasha. I try to make everything a scene with them in it or a scene that relates to them. So that we never lose touch with them and make sure we come back to them regularly. We get on their side and stay there. 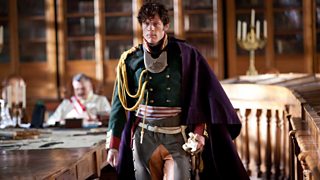 Was the adaptation hard to structure?

Not especially. I haven’t felt any need to change War & Peace. Occasionally I have written one or two things that Tolstoy forgot to write! 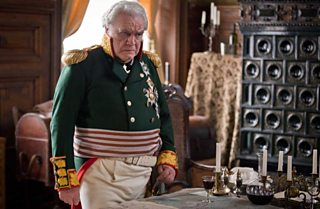 How did you divide up the story?

It helps that War & Peace is organised into families. There is Natasha’s delightful family (Rostov), in which everyone is very fond of each other. They have loving and indulging parents. The dad’s hopeless with money and very generous to everybody. Then you’ve got Andrei’s very austere family (Bolkonsky). The mother’s dead, and you have this rather terrifying old dad, who loves his children but is very, very strict with them. There is Andrei and his rather cowed, timid younger sister and father – and that’s it. Then you have the interesting set-up with Pierre, who is the illegitimate son of the richest man in Russia and very much at odds with his relatives. You’ve also got his crafty uncle (Kuragin) with his own two children. The uncle is corrupt and his two kids, Anatole and Helene, are charming and totally amoral! I very much enjoyed writing them! 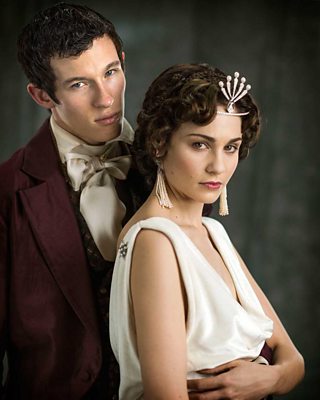 Were you daunted by distilling War & Peace into six episodes?

Not really. We talked about it quite a bit, and we thought that six episodes was the tightest time in which we could do what we wanted to do. We did manage to tell the story in six episodes. It’s very compressed, as real life is. I don’t think anyone’s going to feel we’re rushing through it. In fact, it’s quite a compressed period of time, from 1805 to 1812, and over that period, we see these young people really growing up. 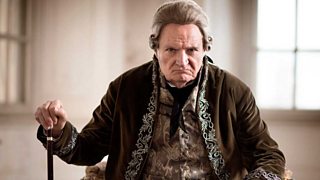 Is the BBC the natural home for War & Peace?

Yes, the BBC does this sort of thing better than anyone else. It’s a huge iconic title. I’m hoping viewers will fall in love with War & Peace in the same way that I did.

Catch up with Episode 1 on BBC iPlayer

An update from the Comedy Room!