The ABC Murders is Sarah Phelps' fourth Agatha Christie adaptation following And Then There Were None, Witness for the Prosecution and Ordeal by Innocence. She explains why this story appealed to her, her version of Poirot, the 1933 setting and why she chose this particular Poirot as her first "sleuth story". The ABC Murders begins on Boxing Day at 9pm on BBC One and on BBC iPlayer.

Watch a clip from Episode 1 of The ABC Murders, starring John Malkovich as Hercule Poirot

This is your fourth Agatha Christie adaptation. What was it about The ABC Murders that was so appealing to you?

What was appealing about The ABC Murders for me is that it had a serial killer at its heart. A killer who is an anonymous, faceless, deranged murderer roaming the length and breadth of Britain, communicating with Poirot via letters. He sends taunting missives saying things like ‘you’re making a mess of this, you’re screwing this up’. I just thought that’s very tempting to make, I don’t know why, it just appealed to some dark thread within me. Also because I’ve never really wanted to write a sleuth before and never really wanted to do a Miss Marple or a Poirot; I like it when there is no one there to answer the questions. I like it when nobody comes and explains things to you and nobody looks at the madness and the lunacy and the depravity and says ‘don’t worry you’re safe now’, but this obviously was a big Poirot case. I thought if I’m going to do this then the biggest mystery in the book is not only unmasking and finding the killer but it’s with Hercule Poirot. 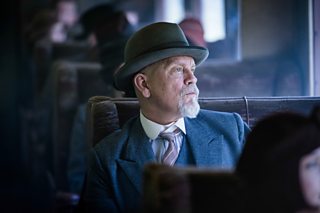 This feels unlike any Poirot we have seen before and what is heart-breaking is to see this aging man being treated so badly and not having a single other soul to care about him. The only person paying any attention to him is one person he is chasing - how does that make him feel?

That one person is picking away at him all the time and one of the first lines I wrote was: “I stood so close behind you Hercule”. I wanted him to be so unfamiliar, throughout the script that I never call him Poirot. People might address him as Poirot but who is he? Who is this man who is hidden behind the cartoon? Take that cartoon quality, that has come from decades and decades of being entirely habituated, and almost comforted by this familiar, rotund, irritating figure who is going to come in and be waspish and wax his moustache and have all the answers to the questions. I want to know who is hiding behind that mask and why he hides there.

This is the first time you have written an Agatha Christie sleuth. Do you have to approach it differently? Did it feel different to adapt?

No, I treated Hercule Poirot in the same way that I treated the characters in Ordeal By Innocence or in The Witness for the Prosecution or in And Then There Were None, which is simply to ask who are they? What do they want? What wakes them up at night? What is the pure flame of their life? What would they do to keep that burning? What would they do if their secrets were known? It’s exactly the same questions that you would ask of any character and I asked them of him.

Can you tell us about your decision to lose the character of Hastings for this version?

The point of Hastings in the book is to explain Poirot to us but I don’t want someone else there, I want Poirot alone. I want him vulnerable and ageing because then you see the measure of the man. If Hercule wants us to know anything then he’ll tell us. 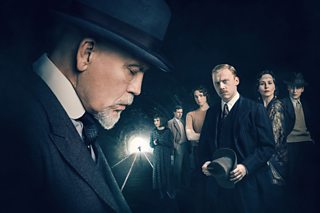 What was it like to get John Malkovich to play Hercule?

John Malkovich for goodness sake! I mean Con Air is one of the finest movies that has ever been made and I’ve only just managed to stop myself from asking him to autograph my DVD. I thought that might be pushing my luck a bit. It’s not just that he is an iconic movie actor, it’s not just that he is a brilliant actor and a highly intelligent and hugely cultured man with interests in opera and theatre: it’s John bloody Malkovich! Every now and again I go ‘oh my word ‘it’s John Malkovich’ and then I have to slightly pull myself together. There have been so many famous people playing Hercule Poirot; you’ve had Peter Ustinov, Albert Finney and then famously David Suchet who is the most glorious actor, and most recently Kenneth Branagh. I just think John is astonishing because, although he is this huge, famous cinematic icon, there is something so enigmatic about him. 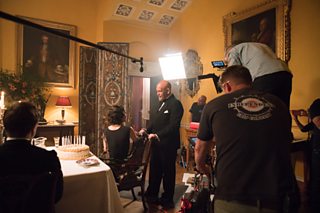 The director Alex Gabassi said that reading the script was almost like reading a novel. What is your process when writing a screen adaptation?

I do write really lengthy stage directions but I write like that, not to tell the director what I want them to get, but to say to them that absolutely everything you see is part of the story. Dialogue doesn’t happen in a vacuum, it happens in a very particular environment. Is the ceiling low or high? Who owns the house in which the corpse is lying? Where does the light come from? Are the windows small or are they big? Is the fire that’s burning in the grate burning cheap coal so that there is that acrid taste in the back of your mouth or is it beautiful wood that someone else has stacked and gathered and brought in for you? That is texture but it’s also context, character and story. There is nothing in the stage directions that shouldn’t be there.

A lot of the time I am writing for my own pleasure so I can get a sense of the character. For example the first time we see Cust I describe him as a drawing that has been rubbed out so that he’s sort of colourless and flavourless, and that’s really to give a sense of a person moving through the world who doesn’t own himself. I want to know how the air smells in the room does it smell stale? Does it smell of old cabbage or are their drains nearby and are they blocked? Because all of that contributes to how a person experiences their environment, how they speak, how they breathe, how they dress. Is it cold? Do their clothes never quite dry out? All of that is important. 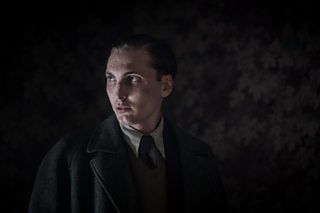 How do you begin to bring these characters out in your adaptations?

I don’t care about ‘whodunnit’ and I don’t think that’s the point - it’s the ‘why’ for me. What would push you to do that thing? I would really like to think about the whole idea that these murders are terrible, terrible events. Lives have been annihilated by violence. That’s the thing that I have always found fascinating. A lot of people grow up familiar with Christie but because I never had exposure to Christie I never got used to that. When I read And Then There Were None I thought it was really brutal and remorseless. Nobody is going to get out of this alive; a terrible reckoning is coming. That struck me as being so merciless and I really felt that it had the rhythms of a Greek tragedy. 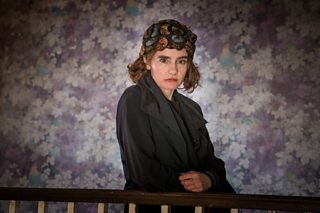 Why did you decide to set this adaptation in 1933?

I chose 1933 really specifically because we are in a period in Britain where the British Union of Fascists (BUF) had started to gain a lot of traction, especially within other mainstream political parties who sensed this groundswell and began to adopt some of the language for themselves. 1930s Britain was also a period of savage recession and a lot of people were looking for someone to blame. The other aspect of the BUF that interested me was the railway: there were lots of people using the railway to travel to these rallies. Characters like Hercule’s neighbour; this lovely posh woman dressed in her furs with a little BUF pin tucked into her mink and Rose Marbury both attend the rallies. There is a sense that the BUF crosses class divides and unites its followers with hate and the hate of the stranger. I became very interested in the railway posters of the time because they are seen as being beautifully innocent but use this deep nativist language that bears a striking similarity to the language of the BUF. I find the period fascinating and it’s the perfect backdrop for Hercule in this story. 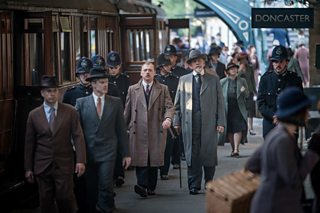 Alex (Gabassi) the director has talked about the significance of the two machines, the train and the typewriter, in the story. What are your thoughts on those?

The whole point of the typewriter is that the letters are not written by hand. You can feel the human behind a written hand and there is an identity to it; you can see character in the way someone writes his or her name. Whereas a typewriter is like being hate tweeted because it’s just text and there could be anybody behind it. The only thing is that this typewriter does have a tiny ghost in a setting which gives it its own character but even that is sinister. So as the railway has its own pulsating life, I wanted to feel that the typewriter has its own pulsating life. There’s almost this symbiosis between technology and our killer. I like that sense of anonymity but a sense of profound identity as well; the typewriter is just an object but then suddenly it’s infused with malice. Like the train is innocent, you get on it to go to the seaside or to get to work and you know every inch of it and then suddenly it’s a terrifying thing. 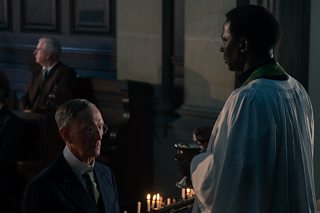 Have you changed the ending?

A lot of the audience responded well to the ending change in Ordeal By Innocence! It was a way of digging down deep and honoring the story and the characters. Some people didn’t like it, there are always people who want to offer up their opinions and that’s alright with me, people are allowed to have opinions. I’d rather that people had opinions rather than to think they didn’t engage with it and it didn’t touch them.

Is there a word that you could use which would summarise this story for you?

Insidious. And that’s the voice in Hercule’s ear. Or actually, the word is outsider. They’re all outsiders, all of them. Sex, money, love, disease, grief; they’re all exiles from peace.

Read interviews with the cast, the producer and director and find out more on the BBC's Media Centre website

Watch interviews with Sarah Phelps on the BBC Writersroom website

Adapting Watership Down for BBC One