The theme of Season 4 is Profiteering, how does that manifest itself in the storylines?

In the few short months since the beginning of the war in August 1914, the world very quickly changed in Folkestone and across the UK. Inevitably the opportunities the war provided meant that some people began to profiteer from it. Some operated on the thin line between legality and illegality, which we’ve represented with some new characters this season, whilst others did so within the framework of the law.

In Folkestone itself there was a huge influx of Canadian soldiers who came over to support the war effort as members of the British Army, and the local population was immediately galvanized. These boys were hungry to have a good time. They knew they were going to be shipped out to France and they had money, quite a lot of money, to spend. And where there are boys with money, there are people quick to profit from them.

Volunteering also strongly features during this season. At that time there was a huge proliferation of volunteer organisations - we mention the National Egg Collection Society, for example. In August 1915 over a million eggs were collected in just one week for wounded soldiers as people felt compelled to do their bit for the ongoing war effort.

But of course against all this the casualties are starting to mount up, as the global nature of the conflict becomes very real. We hear about the Dardanelles, Gallipoli, Ypres. We hear about the terrible casualties sustained on both sides of the conflict. We witness a growing sense of anti-German feeling amongst the population. Society as it existed nine months before has simply ceased to exist. It’s a theme that a lot of the characters pick up on - how much Folkestone has changed. 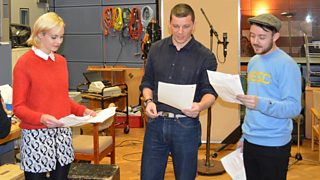 There are several new characters this season. Is there one you’ve particularly enjoyed writing?

As ever with Home Front, each season brings some new characters. Amongst them is the brother of Archie Tulliver, Thornton (played by Nigel Harman). He is a powerful and persuasive business man, with his fingers in a lot of pies, including illegal horse racing, selling alcohol to Canadian troops, setting up clubs where officers can get drunk after hours. He is exciting, charismatic and fun to be around, but he also has a somewhat shady and dangerous past.

We’ve also included a showgirl Muriel Granger (played by Hannah Tointon) who works at the theatre and is a bit of a thorn in the side of Ivy Layton the assistant manager.

We’re lucky to have Toby Jones playing Doctor Howard Argent. He was Reverend Ralph Winwood’s best man and is an old family friend. He has returned from World War One having lost his hand from an infection. He’s a progressive-minded doctor who has taken an interest in the psychological, as well as the physical, effects of the war on the returning soldiers.

And there’s Josiah King (Daniel Kendrick), a dedicated and thorough policeman, who feels that it’s his duty to impose order on the troubled streets of Folkestone. 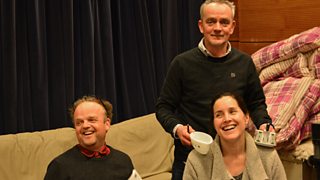 Any favourite moment during studio?

At that time there was a spate of illegal horse racing, known as “flapping”. Local races were officially closed down because of the war, forcing them underground. Crowds would gather for these illicit ‘flaps’, so in this season we pay them a couple of visits which I really enjoyed.

Was there anything surprising that the research threw up?

The most surprising thing that the research threw up for me was how profoundly the timbre of the town had changed in nine months. There was a sense at the time, recorded in local histories, that Folkestone went a little crazy. Young men and women became known for adopting Canadian-isms, like “sure” for yes, to the consternation of traditionally-minded people.

There was also a huge explosion in crime from the beginning of the war. Suddenly the magistrates courts include an abundance of trials for prostitution, drunkenness, public brawling, the odd murder. One career criminal in fact has walked straight out of history and made her way into Season 4. 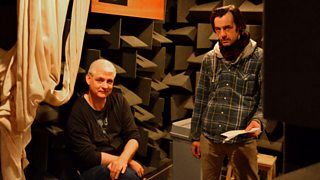 You’re best known for writing 'Pilgrim'. Are there any similarities or difference in writing the two projects?

As the creator and writer of Pilgrim, I work closely with my producer and then I go away and write the episodes. With 'Home Front' it’s very much a team effort. We are all inspired by the same material and come together to decide storylines, discuss research and plot future seasons. So the great thing about 'Home Front' is I get to work with an amazingly talented writing team, under the always inspiring guidance of Jessica Dromgoole.

It’s very much a collaborative effort, but each of the writers is given an awful lot of latitude in terms of how they approach the subject matter and how they portray the characters.

Katie Hims on writing the first season of Home Front