Editor's Note: Tony Jordan's new drama Dickensian begins on BBC One on Boxing Day at 7pm. It is set in the fictional realm of Charles Dickens' novels and brings together some of his most iconic characters.

Why do you think the world of Dickens and his characters still have such a great resonance today?

I think the work of Charles Dickens is part of who we are as a society, whether you're an avid fan of the books, or the many adaptations or you just loved The Muppets Christmas Carol, it's part of all our lives. He also wrote about social injustice and the gaps between the haves and have-nots, so perhaps in a world of hedge fund traders and food banks, we're not in such a different place. 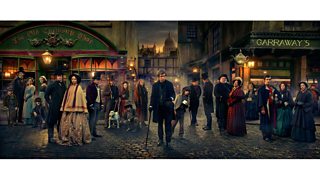 Are there connections between Dickensian and your previous work?

Only in terms of tone I think. Dickens and his friend Wilkie Collins both talked about "streaky bacon" storytelling, the meat of the drama being all the richer for the sizzling fat of comedy. My writing has mostly had a lighter touch, I find it tough to write drama without slipping in the odd knob gag here and there. They also used the phrase "Make 'em laugh, make em cry and make 'em wait" which was my mantra on EastEnders. 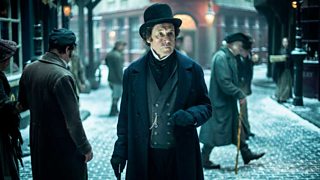 Were you intimidated by taking on the works of such a great writer and such iconic characters?

Absolutely! Having Charles Dickens as your co-writer tends to leave you feeling a little inadequate. But once I'd done my research about the man and the writer and read a couple of dodgy cliffhangers he'd used in his periodical "All The Year Round" I realised that although he was clearly far more talented than I am, he was just a writer like me. 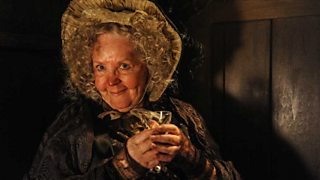 Dickens famously wrote episodically and did public readings of his own work. Did you re-use any of Dickens’ dialogue or his writing style?

It's tough not to use the odd line from Dickens, even if its only Scrooge saying "Humbug" or Fagin saying "My Dear", but really it had to be about taking ownership of the characters, after all Dickens never wrote a scene between Scrooge and Fagin, or between a young Miss Havisham and Martha Cratchit, but I had to do just that. 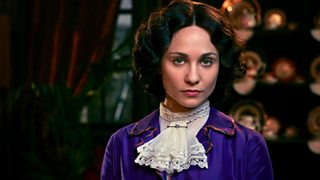 Did you consult any experts on Dickens or Victorian London in your research?

Of course, we used experts both in Dickens work but also on Victorian England. I wasn't obsessed with it, but I wanted it to be authentic.

Literary mash-ups are popular in online Fan Fiction – was that an influence on the idea or do you think that helped to get the idea commissioned?

I don't think it was an inspiration for the idea, I'm not sure I was aware of other literary mash-ups when I first started working on it and I hope that it was commissioned because it's a brilliant idea, not just because it was a new trend. 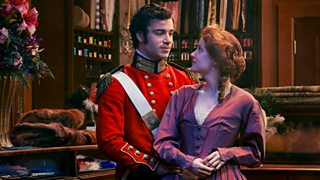 Could you see yourself creating another series with a different writer’s works?

Yeah maybe, people keep suggesting I do Shakesperian! I write ideas that I get excited by and that I'd know I'd watch myself.

BBC TV Blog: A Cheats Guide to Who's Who in Dickensian from literary adviser Holly Furneaux

OUP Blog: Robert Douglas-Fairhurst on being a literary adviser on Dickensian

Adapting Agatha Christie's 'And Then There Were None' for BBC One

War and Peace - an interview with Andrew Davies, the writer of BBC One's new adaptation of Tolstoy's novel.