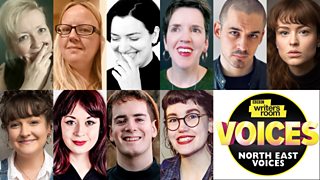 The North East of England is a region full of talented storytellers and has a track record of producing top-class playwrights and screenwriters, yet it is a region we don’t see so very often on our screens. From the rugged beauty of the Northumberland coastline to the vibrant modern urban centres there are an abundance of contemporary stories, perspectives and cultures our writers are keen to explore.

These 10 talented emerging writers have taken part in a targeted development programme designed to offer insight into TV and how the industry works, with expert masterclasses that provide the tools and knowledge to write for broadcast television. The writers attended a series of weekly sessions hosted by top talent from across the industry with a focus on craft skills including story, structure, character and how these can be applied to the development of an original TV drama idea. The ten writers have all been supported in the development of an original TV drama / comedy drama pitch.

The writers were all carefully identified through BBC Writersroom open call opportunities, talent scouting and nominations from our partnerships with new writing organisations and theatres across the North East of England.

If you would like further information about any of the writers, please feel free to contact writersroom@bbc.co.uk or their agent if applicable.

Find out more from the writers below: … 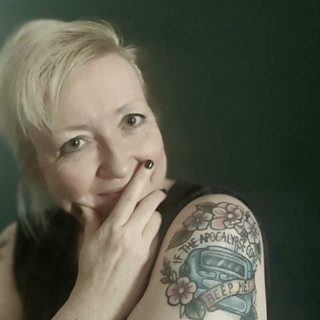 Two of her previous full length scripts have been longlisted for BBC Writersroom (Drama) and the Bruntwood Prize For Playwriting and she has written micro plays performed at Live Theatre and Alphabetti Theatre.

Nic's writing celebrates the unique culture and diversity of the North East, often with a bias towards showcasing the resilience, humour and warmth of female relationships. Nic is particularly interested in creating authentic and relevant work based around her own experiences growing up in a working class home and from over a decade working as an emergency responder on the streets. In her spare time she enjoys tending her three hives of honeybees, hanging out with her geriatric cat, getting tattooed and snowboarding. 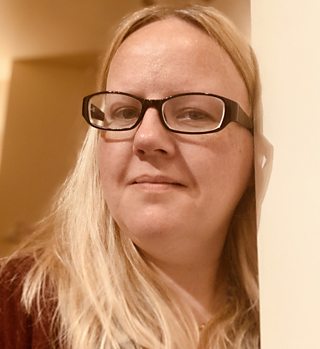 Mhairi Ledgerwood is a Scottish playwright, who has lived in North-East England for over a decade. She has had work performed at venues such as: The Traverse, Live Theatre, Alphabetti Theatre, and Jabberwocky Market. Her play, White Noise, was performed at ARC Stockton in 2015, following mentoring by Bruntwood Prize winner Vivienne Franzmann. Her play Parklife was staged at Live Theatre’s Live Lab Elevator Festival in 2017. In 2018, her play Paper Tiger was given a rehearsed reading at The Royal Court and Northern Stage, following a development process through The Royal Court Writers Group (North). Paper Tiger then went on to be short-listed for Theatre 503’s International Playwriting Award. In 2020, Mhairi received a seed bursary from Live Theatre to develop her play, Swimmers, about the first British women to complete at the Olympics for swimming. She was short-listed for the Pentabus Writer in Residence Bursary, and long-listed for Box Of Tricks and Sky Studios Screen/Play award. 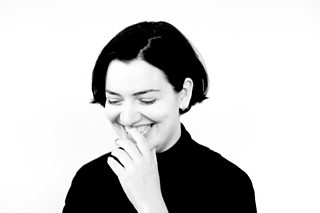 Lauren Vevers (she/they) is a writer from Newcastle upon Tyne. Her plays, Trashed and Bassline, were included on the Pint-Sized Playwriting longlist in 2018/2019. Her debut short film, Love Spell, was funded by BFI NETWORK screened at BAFTA-qualify festivals and internationally. She was awarded Best Director at Women X in 2020. Through her work, she explores queer stories, points of human connections and our relationship to the natural world. 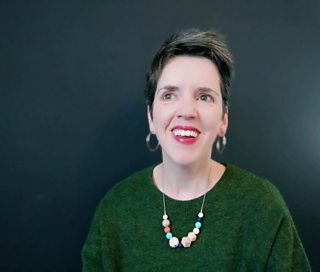 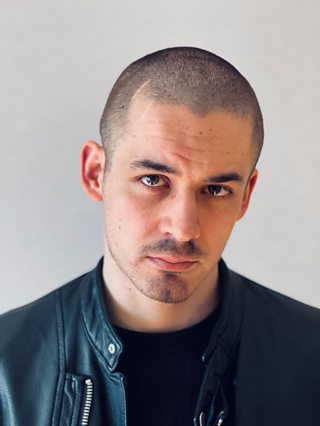 Michael Hunter is a working-class actor from North Shields, based in London. He graduated from the University of Sunderland with a degree in Broadcast Media Production, before moving down to study a Masters in Screen Acting at the prestigious Drama Centre London, graduating straight into a pandemic. Handy.

He has recently reached the top 1% of the BBC Drama Room 2021 with his first feature-length screenplay - 'Hotneverending'. However, he can't write a decent Tinder bio to save his life. 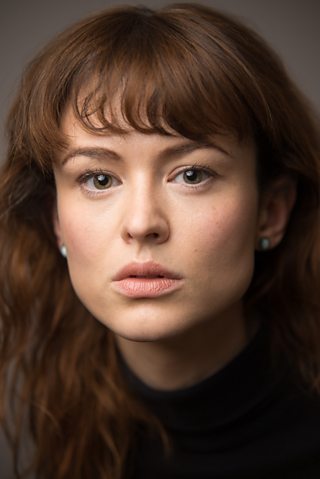 Samantha Victoria is an actor, writer and mother of two from the North East who has been writing for the stage since 2017. 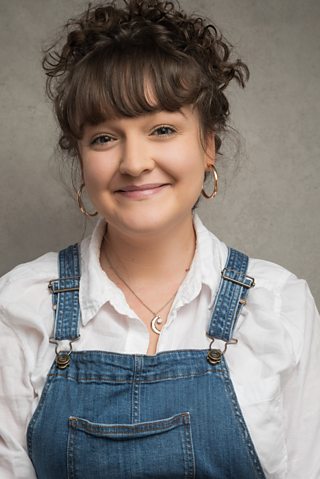 Daneka Etchells (they/she) is a writer and actor from Cumbria. They trained at ALRA and is a Live Theatre Playwriting Course alumni. They are currently a writer on attachment with Box of Tricks’ PlayBox 2021 scheme, developing their play Rogue Comet(s). During lockdown 2020, they wrote a love letter to their hometown Carlisle Great Border City (Yam) for Paines Plough’s Come To Where I Am project. They’re also currently under commission from Emmerson and Ward for her one person show Sappho exploring bisexuality, rurality, class and mental health. Daneka recently finished on a track for a special new album of poetry commissions underscored by original compostion Peaches and Cream with Alexandra Faye Braithwaite and Russell Ditchfield of Rusty Studios.

This will be Daneka’s first venture into writing for screen and is super excited to be a part of North East Voices. 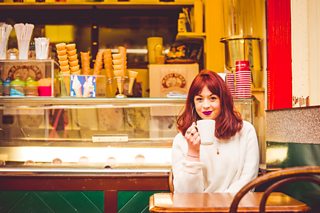 Zoe Murtagh is a writer and performer based in Newcastle upon Tyne. Working across theatre, film, performance and poetry, Zoe creates work on themes of queerness, heritage, the environment and friendships in a way that is accessible and vibrant. Inspired by social movements, school science lessons, Kate Bush’s dancing and folklore, she creates playful disruptions in everyday life through work in theatres, festivals, zines, schools and on screen.

Zoe is an Associate Artist at ARC Stockton and a Freelance Artist with Baltic Centre for Contemporary Art and New Writing North. Her first short film ‘After the Break’ was written through BFI Network and Film Hub North’s ‘Script Lab’ programme before a reading at Royal Exchange Manchester. ‘After the Break’ was produced for screen through New Creatives with BBC Arts and Arts Council England.

Zoe is currently writing ‘We Have Rather Been Invaded’, a play about a punk band exploring the impact and resistance to Section 28. This work in progress performance took place at Live Theatre in February 2020. 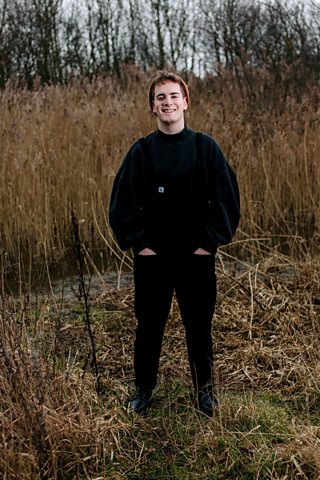 Elijah Young is a Newcastle-based writer and actor from Teesside. He is an Associate Artist at Live Theatre where his writing was first performed. He was granted the Young Writer Residency at the Customs House for the Takeover festival 2019. During this residency his play Isolation premiered and was later revived at Alphabetti Theatre. Other work includes NASA lie the Earth is flat no curve (Three Shorts) and Contactless (Listen Up) at Alphabetti Theatre, Biscuit Tins (Yarns from ‘Yem tour) for Blowin A Hooley. He is currently working on a commission from Live Theatre for the Elevator Festival 2022 and a Christmas play for Queens Hall Hexham, Alnwick playhouse and The Firestation Sunderland. His work tends to centre around celebrating being queer and northern. Elijah was named by North East British Theatre Guide as “Most Promising Newcomer 2019”. 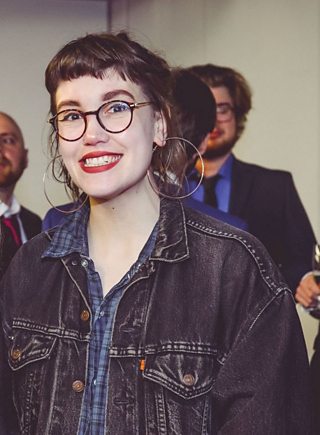 Tamsin Rees is a playwright from County Durham, now based in Newcastle Upon Tyne. She is a member of the Orange Tree Writer's Collective 2021, an Associate Artist at Live Theatre and was a member of the first Royal Court Writers Group North. She writes stories that are rooted in the North East and prod at class, sexuality and power. Tamsin is also currently an AHRC funded PhD candidate at Newcastle University where she is specialising in playwriting.

Autumn Inspiration - Thinking about your Next Script