Adapting The Pursuit of Love for BBC One

Adapted and directed by award-winning actor Emily Mortimer, The Pursuit Of Love is a romantic comedy-drama about love and friendship from the 1945 novel by Nancy Mitford. Emily Mortimer explains how the novel was brought to the screen and the challenges of adapting it from book to screenplay as well as directing, including directing herself in the role of The Bolter.

Watch the trailer for The Pursuit of Love

How did The Pursuit Of Love come about?

My agent is obsessed by the book and everything to do with Nancy Mitford. She secured the rights and asked me about two or three years ago if I’d consider adapting it. I had loved the book as a teenager and had got into Jessica Mitford and her stories too, but generally the whole Mitford phenomenon had fascinated me from an early age. When my agent asked me if I’d have a go at adapting it, I said yes immediately. I re-read the book and immediately thought yes even more.

The experience of reading the novel is just as exciting in this day and age, and the book still feels quite shocking and radical. It’s quite bracing and liberating to read which is amazing as it was written in 1945. It is full of love and romance but it has an edge. To me, it felt cool and it feels like there is a place for this now. This isn’t just a dusty book from the 1940s, it feels relevant. I wrote the pilot and then the BBC decided they wanted to commission two more. By the time I had written the second script, I went to LA with Charles Collier and Matthew Read and we pitched to all the broadcasters there. 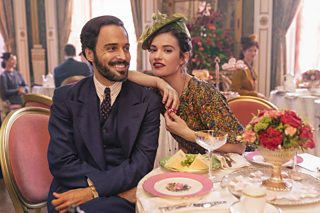 Tell us about The Pursuit Of Love and the themes within the series?

It’s a relationship between two girls; one of whom has devoted herself to the pursuit of love - she has decided that life needs to be experienced at full tilt, going out there, finding love and adventure. The other girl is a much more careful, considered person who takes the position that you need to consider life, and is more of an observer.

Is it better to have loved and lost or is it better to have never loved at all? It’s still a good question! Do you live life in a veracious way or a careful way? At that time, in order to live veraciously as a women, it was by love and sex. Who you chose to marry or what man you chose to live your life with was what defined you as a woman, and to maybe some extent it could still be the case. The piece questions what life is really all about. We go on an adventure with these two girls, grapple with this question and ask ourselves if we are a Linda or a Fanny. 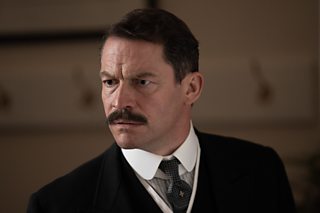 Tell us about the process of writing the script.

The challenge of adapting the book was keeping the experience of watching it as exciting and alive as the experience of reading the novel. The novel is fresh and pretty out there; it’s unabashed and free. I didn’t want to let the book down and I have put all my energy into doing justice to this novel. I don’t want it to have dust on it. You just happen to be watching something set between 1929 and 1946, but it could be set now. It’s about people, life, love and it’s not about the past. It’s about the present. 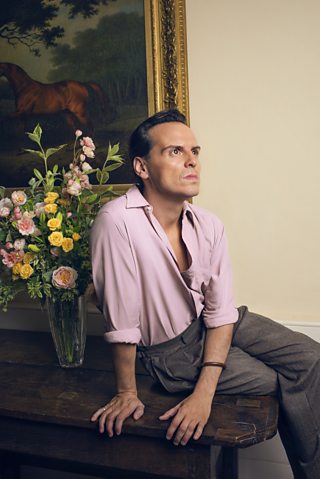 How did you find directing the series?

The only good thing about getting old is the experience you get! Being on the sets of incredible directors such as Martin Scorsese and being directed by the greats is that I’ve definitely had a lot of experience of watching people do it. I have a neighbour in New York called Tim Van Patten and he’s a big TV director in America. When I first told him about this and how the BBC and Amazon want to make it he told me I should direct it and told me to ask them. Lily also suggested it so I thought, maybe I can! When I look back on it, I realised I’d been talking about the project like a director. I had set mood boards and I knew how I wanted it to look, feel and sound. I had been making a world. It doesn’t feel as unfamiliar as I would have thought it might years ago. I’ve got Lily James and Tim Van Patten to thank! 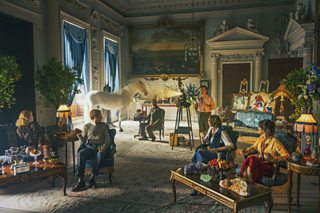 You also play The Bolter in the series. What was it like directing yourself?

I wouldn’t recommend it, it’s not fun! It is much more fun directing other actors. I have a new found love of actors from being on the other side of the camera, I’m so grateful to them and amazed by what they do and how vulnerable they make themselves. I love all actors but myself!

What did you find a challenge when directing?

As an actor I spend most of my time hating myself. There’s a lot of time to sit and think. But as a director, there just isn’t time.

The Pursuit Of Love was one of the first high-end TV drama productions to begin filming after the first lockdown. What was it like shooting a TV series with Covid restrictions?

It’s had its pros and cons. It’s been quite bonding. Initially there was something exciting about being with a lot of people after not being with anyone for months on end. At first, it was freaky to be in rooms with people but it was a great feeling to be back at work, thinking about something other than the pandemic. I felt genuinely blessed to have a job. There is something about this story being set between the wars, at a time when life was very fragile and everyone was living like there was no tomorrow. Our generation hasn’t had that experience of life in such an intense way. I hope this cheers people up. It is about painful subjects but there’s an energy to it. 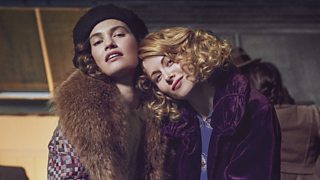 Would you say you are a Linda or a Fanny?

I don’t know! One of the grips said whilst filming that we should have Linda and Fanny hats made! I think I’m a bit of both. I think I once was a Linda but I don’t know if I was particularly happy. On my death bed I don’t think I’ll regret experiencing things, even though at the time it felt quite painful. Now, I’m dwindling into a Fanny and I feel a bit happier about that! 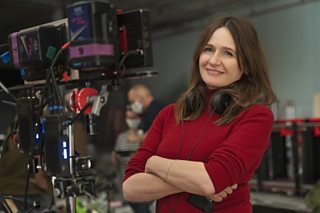 What do you think of the original source material?

It’s still quite shocking and brave to read. There’s a searing honesty to the way Nancy Mitford writes and a lack of earnestness. It continues to feel like it’s got a bit of a punk rock soul. Anyone with that soul will enjoy it!

What do you hope the outcome of the production will be?

There’s a movie called Marie Antoinette by Sofia Coppola which was one of my references for this as it’s such a visual treat. It feels fresh, you don’t feel like you have watched a period drama. At the end of Marie Antoinette you feel you’ve watched a movie about a young girl becoming Queen of France and she doesn’t know how to handle it. I wanted to have these beautiful costumes but still feel relevant. Similarly with Little Women, which was done so brilliantly, you don’t want it to feel like you are watching a movie about girls all those years ago and it doesn’t. That’s been my driving impulse, to make it feel exciting and fresh. I’ve tried to avoid clichés and pitfalls.

Read more interviews with the cast and crew

What happened on the TV Drama Writers' Programme?