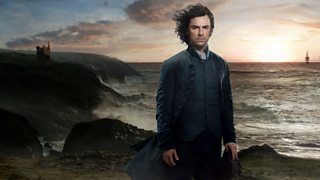 How did you become involved with the project?

I was approached by Karen Thrussell and Damien Timmer at Mammoth Screen and asked to consider adapting the first two Poldark novels ('Ross Poldark' and 'Demelza'). I'd never done an adaptation before - and almost everything else I've written has been contemporary so my initial reaction was to think they'd asked the wrong person! Nevertheless I took the books away on holiday - and had read all of three pages before I was hooked. I came home and said yes without any hesitation.

How do you go about adapting a series of books such as these?

Sounds obvious, but the first task was to read all 12 books in order to get an idea of the journeys of the characters and the overall story arcs. Then the next task was to decide how many books to go for on the first series. Originally the BBC commissioned 6 episodes but I soon realised that this wouldn't be enough to do justice to the complexities of narrative and character so we asked for 8 episodes and the BBC agreed. 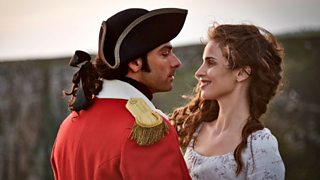 Do you feel the weight of expectation? There are so many Poldark fans!

There are! Fans of the books and fans of the 1970s adaptation. My primary concern has always been to do justice to the source material. Winston Graham is a masterly story teller and his characters are wonderful creations. In a way I felt the same weight of expectation as I might have done if I'd adapted a Jane Austen or a Dickens novel - not because of the many other adaptations that might be compared to it but because of wanting to do justice to the original material. In terms of the 70s series, obviously we all hope the fans will enjoy a new adaptation (in the way Austen or Dickens fans can enjoy new adaptations of well-loved novels). I didn't watch the 70s series but obviously I remember what a massive hit it was. However, what's exciting is that there's a whole generation which has never seen - or in some cases even heard of - the first series - so for them we are starting with a clean slate. 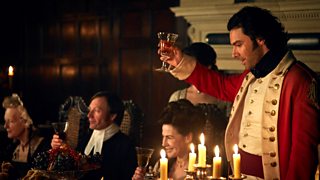 Can you describe the character of Ross Poldark?

Ross Poldark is one of literature's great heroes: a gentleman who is also a rebel, who has a keen sense of morality and social justice but without any priggishness or moralising. He's also a great romantic figure - caught between two women from two completely different backgrounds. A gentleman who marries his kitchen maid. A man who doesn't stand on ceremony, who doesn't play by the rules and often falls foul of authority. He has elements of Darcy, Heathcliffe, Rochester, Rhett Butler and Robin Hood - quite a combination!

Do you have a way of immersing yourself in the period?

I did a lot of background reading: the history of the period, both British and world history, I read books about mining and industry in Cornwall, about the Methodist movement, about pilchard fishing, the conditions which gave rise to smuggling, etc. I listened to the music of the period, both classical and folk, I talked a lot with our brilliant historical advisor Hannah Greig (Lecturer in History at York University, specialising in 18th century studies). It also helped that my degree is in English Literature so I was very familiar with literature of the period, and also with the vocabulary, idioms, phrases, manners, etiquette, traditions, etc.

Why are these stories so engrossing and addictive?

They are multi-stranded narratives with characters which are so beautifully drawn you feel they could actually walk into the room. The stories themselves are both epic in their sweep and exquisitely detailed in the creation of their world. They are set against a backdrop of great historic, social, economic turbulence - and they deal with compelling themes such as ambition, rivalry, betrayal, family and of course love. When I first read them I was reminded of Margaret Mitchell's 'Gone With the Wind' which is similarly a portrait of a society at a time of great change, with an epic love story at its heart and a series of unforgettable characters.

What additional research did you do? Anyone in particular help you with various elements?

Andrew Graham (the author's son) has been unfailingly supportive - and very hands on. Every key decision has to be run by him and we have been in constant contact from the script stage onwards. He reads all the scripts and gives feedback. He has said that this adaptation is much closer to his father's novels than the previous adaptation. 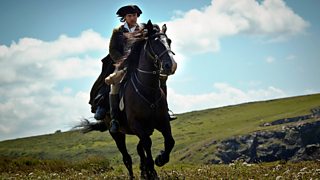 How familiar were you with the Cornish landscape before embarking on this project?

I'd had several holidays in Cornwall and had always loved the wild elemental nature of its landscape and the extreme weather - the landscape and weather play a huge part in the novels and we've done our best to capture those extremes. This summer was one of the sunniest for many years and we were very lucky with the weather, Cornwall looks gorgeous. But the first scenes we shot in Cornwall were in March during the storms so we got some spectacular footage of waves.

What are the most important elements to get right?

I obviously want to make sure that what readers love so much about the books - the vividness of the characterisation, the complexity of the storytelling - is translated to the screen. This obviously means getting the casting and the creation of the Poldark 'world' right. We think we've assembled an amazing cast who will do justice to Winston Graham's characters. And we also hope the 'world' - (Catrin Mereddyd's design, Marianne Agertoft's costumes, Jacqui Fowler's hair and make-up) also has authenticity as well as beauty and style.

This interview was originally published on the BBC Media Centre - find out more and read more interviews with the cast, crew and the author's son and series consultant, Andrew Graham

Banished - a new drama for BBC Two set during the founding of the penal colony in Australia in 1788.