Can you describe your early life as a writer? Did you always combine writing scripts, novels and poetry?

I began by writing plays and prose, never poetry.  I was very lucky with playwriting as there was a good theatre at my school, and they encouraged me to write my own material.  That was my first real experience of writing and rewriting according to whether people liked it – editing my own material, casting it and testing it in the real world.  At the same time I always wrote prose short stories and the beginnings of lots of books, never getting to the end.  I didn’t start writing film or TV scripts until I was at university, when I had a friend who wanted to be a director so I wrote scripts for him. 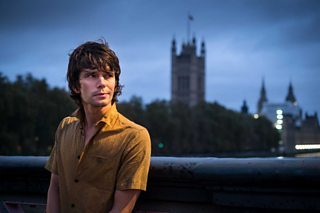 Do you find scriptwriting and novel writing satisfying in different ways? Is it possible to summarise them as different disciplines?

It’s hard to separate the difference between the two in terms of the act of writing, after all they are both something that goes out into the real world.  When you get to the point of production with a script you feel like you’ve already achieved a huge amount – the same as you do with a finished manuscript for a novel.

The difference with a finished script, is that in fact nothing has been achieved yet, you haven’t yet made anything. From the process point of view they are completely different.  They both originate in asking ‘what story do I feel passionate about?’, ‘which story do I want to tell’, whether writing scripts or novels you create a whole world and its characters.  However the process of putting them out into the world is completely different, as scripts are never actually ‘finished’ and have to be completely reachieved. 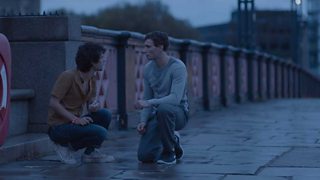 Why did you decide to create a new story with 'London Spy' rather than adapting one of your existing novels?

Is it hard to give up control of your novels to someone else to write the screenplay?

It wasn’t difficult when I was younger and was excited that it was actually happening, but now I would find it impossible.  I am adapting ‘The Farm’ myself.

In some ways it’s easier to hand it over to someone else as a clean break, but when I did that I didn’t realise it doesn’t protect you from still feeling involved, even though you haven’t been to any of the script meetings or been involved in any of the decisions.  That made me think ‘why not be properly connected to it?’, it doesn’t make sense not to be.  At least when you are fully involved you can say it’s your fault if it doesn’t work, rather than being stuck in a weird limbo.

The casting of ‘London Spy’ seems integral to the characters, did you have a say in the casting or know who was going to play the main roles?

I was an Exective Producer so I was in all the auditions, even for the smaller roles.  I wanted to hear the lines tested as that’s a fantastic dry run for dialogue.  You can hear where a line slows or drags or when it works. It’s an amazing resource as a writer to be involved in the casting process and I found it really satisfying.

With Ben Whishaw specifically it was very unusual as we sent him the first three scripts because I knew I would love him to play the part.  I thought ‘let’s find out if he will do it’.  When I found out that he would, that really freed me up as I knew I could do certain things that I could only do with an actor as good as him.  When I knew Ben was doing it I knew we’d be OK. He became fused with the character. 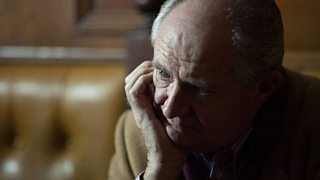 Is it character first or story first?

How much of the story of ‘London Spy’ (if any) was inspired by your experience, or by real events (the Gareth Williams case)?

Now it’s aired I can speak more clearly.  It’s a love story about being framed – it has nothing to do with Gareth Williams.  The intersection between different worlds is the conceit behind the death – that it looks like a misdemeanour.  I was never trying to tell a life story.  I was already intrigued about this one fictional person and their intersection with the world of MI6.

How much of myself is in it?  We live in a world that we react to, so a great deal.  We don’t write fiction to separate ourselves from the world but to explore it in terms of our own experience and the things around us. 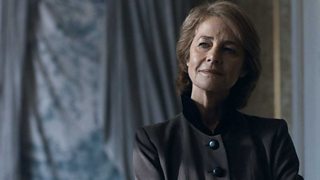 How important is London itself as a character in the story? Locations like the river, Millbank, Vauxhall, the London club etc.

London is a key character visually and in the premise, MI6 is opposite these clubs in Vauxhall, that’s the reality – the story is in this location – two people from different sides of the tracks, and the tracks are that road, MI6 and the clubs.

London is interesting in terms of the juxtaposition of old and new.  It’s a chaotic city – buildings which are hundreds of years old are next to buildings which are months old.  It’s a city in constant flux. This story is in love with the British traditions of the spy thriller while also doing something different with them. 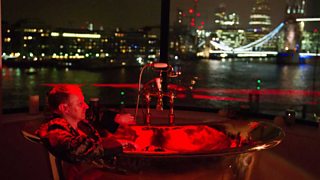 Could you tell us your three ‘Desert Island DVDs’ – shows or films that you couldn’t live without or that have stayed with you?

In terms of impact, ‘State of Play’ (the BBC version).  It was terrific, I really remember the excitement, danger and uncertainty.  Going back further I loved ‘Inspector Morse’ as a kid, it was dark and yet compulsive, about character and great stories, perfect TV really.  The other would be ‘Angels in America’, I remember watching that and thinking how brave it was to take on that play and make it feel like it uses the medium of TV.  It was compulsive, difficult, challenging - everything you aspire to be as a TV writer.  It tells you about the world.

Do you have any advice you can pass on to other writers or that has been particularly useful to you?

I had some terrible advice at a meeting with a Producer when I was twenty-one: “write what you know” ie some version of your life.  That would mean you can’t write fantasy or sci-fi, only gritty contemporary stories. It really altered my way of looking at things.

I’m now nervous about giving advice as people may hear it in a way that was not how it was intended. A piece of advice can be helpful for one person and toxic for another.  The hardest thing for a writer is filtering out the good from the bad, from personal advice and specific script notes.  If you ignore everything you’re doomed, but if you listen to everything you’re equally doomed.  Can you navigate all the advice you are given?  Which piece of advice is right for you and which is not?  That’s the challenge - processing advice. You may want to write sci-fi, gritty personal drama may not be right for you even if that’s what the production company say they are looking for.

Read the script for Episode 1 of London Spy

Find out more about Tom Rob Smith on his website

Adapting 'Capital' for BBC One