Adapting JK Rowling's 'The Casual Vacancy' for BBC One

How did you get involved with The Casual Vacancy?

I was asked to read The Casual Vacancy with a view to meeting JK Rowling to discuss an adaptation. It turned out that the meeting was in the next few days so I raced through the book over a weekend. I don’t know why the meeting was so soon after I’d been contacted, maybe someone else had drop out. I went up to Edinburgh with one of the execs Paul Trijbits, a very early plane meaning I had the most sideways bed-head I think I’d ever had … always a good start, having sideways hair. 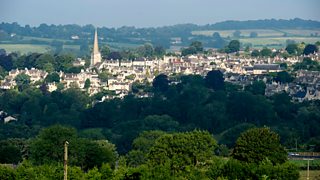 How aware of the book were you before?

I’ll be really honest, I didn’t know much about the book until I was asked to read it. I live in such a cave most of the time, head down, writing, researching, drinking tea and lying on the carpet, that the outside world is a bit of a blur. I was aware that JK Rowling had published her first post-Potter novel for grown-ups, Jo being who she is and Potter being the global juggernaut phenomenon it is, you can’t help but be aware, but that’s about as much as I knew when it was published. I liked the title though. Intriguing. 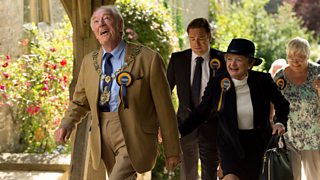 Had you read the Harry Potter books?

No, I’ve not read the Harry Potter books. Is that bad? There was a time when you’d be on the Tube and you’d be surrounded by men and women in suits going to work, absorbed in a Harry Potter novel. I’ve got friends who are obsessed and once had a stand up row with a bloke at a party who wouldn’t stop going on about who was a Muggle and who should be in Gryffindor or whatever. One of my nieces was crazy about them though and, like so many other kids, always had her head buried in this huge thick book, just completely mesmerised. Gripped. I like that, children gripped by books. What am I saying, ‘like’… I LOVE that.

Will the audience be surprised by the change of tone and subject matter?

The tone and subject matter of The Casual Vacancy is adult; families, death, grief, poverty, addiction, village politics, allegiances and enmities. They’re universal stories, I suppose. But I don’t think the audience will be that surprised, it’s post-watershed for a start and also I believe the Potter stories didn’t shy away from dark themes. 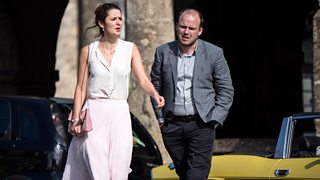 Did you have a favourite character or characters that it was easiest to write – whose voice you found quickest?

I don’t really know how to answer that one. I loved writing all of them. It’s very much an ensemble piece and once I’d decided on how I wanted to adapt the story and how it should work, which characters were going to be included and which left out, their voices came through. They were just there, talking, telling their stories, sometimes volubly and sometimes, as in one of the teenage characters, with almost no words at all.

When I think about characters I imagine them walking into a room - how do they carry their weight? Who do they look at? Are their shoulders straight or slumped, do they want to be seen or ignored? Where have they just come from? What was going on? What are they thinking about right this moment? What is the secret that they just can’t tell? And then suddenly they open their mouth and there they are talking. Voice isn’t just what characters say, it’s what they leave out. But for example, the first time you see Krystal properly, her first line… well, I can’t even remember writing that, it just fell out of my fingers but it came from me thinking about her and the other characters for ages beforehand. 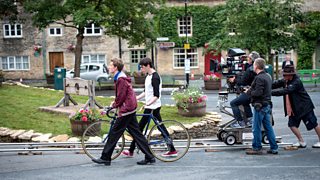 Which of your previous projects did it feel closest to – if any?

It hasn’t felt close to any of them if I’m honest. Every project is new, is different, is terrifying. The Casual Vacancy has a feel of one of the big 19th Century novels, Eliot or Hardy more than Dickens even though lots have made the comparison.

How much involvement did JK Rowling have with the adaptation?

She was really classy and generous in that she backed off and let me get on with it. We’d talked a lot when we met and I’d made my pitch about what I believed the story was about and who I felt was the beating heart of the narrative. She read each draft as it came in and gave notes along with everyone else giving notes. There was one, admittedly pretty crap idea I’d had that she commented wasn’t right and she was spot on, it was rubbish and by the time the note came back I’d already though ‘God, that’s sh*t’. I made some pretty big decisions about adapting the book too, I changed quite a lot and of course she was consulted. But she was very straight that she knew adapting was my job and she really did let me get on with it. 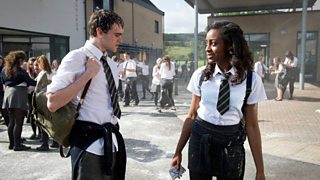 What were the challenges of adapting the book – how do you decide what to keep in and what to leave out?

With any novel the challenges are always how do you adapt. (These are the same questions you ask yourself when writing original stories!) What do you keep in, what do you leave out… what do you expand, where do you change emphasis, where do you (sometimes) change character… and sometimes change story... How do the relationships work, how do they best serve the story? You’re not going to take verbatim dialogue and events out of the novel, or I’m not anyway. 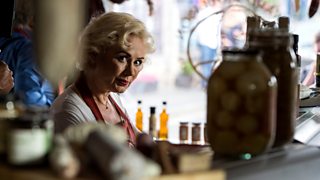 Did you learn anything new from working on it?

I learn something new every time. Character, story, structure, plot, sound and silence… But sitting down for the next script, the next project, I still feel like I don’t have the first clue about anything.