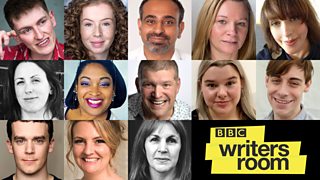 BBC Writersroom has today announced the names taking part in The Writers Access Group 2020, after the huge success of its inaugural group last year.

The initiative gives talented disabled writers the chance to expand their writing skills and to be offered opportunities in TV and radio at the BBC.

Working with a number of organisations and practitioners in the field, thirteen disabled writers have been chosen on the merit of their scripts, their experience and via an interview process.

They have today been announced as:

The initiative, backed by BBC Content and BBC Drama Commissioning, offers the opportunity to meet and pitch to various BBC departments, including BBC Daytime, BBC Radio, Continuing Dramas, CBBC and CBeebies. They will also be offered the chance to be involved in working on new BBC One drama Ralph And Katie, a spin-off of Peter Bowker’s hit series, The A Word.

For nine months, from November onwards, they will participate in a programme of masterclasses designed by BBC Writersroom, covering essential topics such as story and structure, pitching and treatments, understanding the industry, as well as talks from A-list writers, script-editors, executive producers and BBC commissioners.

Throughout the initiative BBC Writersroom will provide professional, freelance script editing support to enable the ten writers to develop a 'calling card' Drama script so they can take the next step into authored TV or radio work. Each of the writers will be allocated an experienced mentor, depending on their area of interest, and will be introduced to independent producers and production companies, agents and commissioners.

This year’s programme has been tailored by BBC Writersroom to adhere to all current government guidelines during this time of global pandemic.

Participants in last year’s Writers Access Group have already had major accomplishments as a result, including work for EastEnders, Doctors and The Break, BBC Radio 3 and Radio 4, CBBC and paid development with Independent Production companies.

Anne Edyvean, Head of BBC Writersroom, says: “We are thrilled with the quality of the talent assembled in this year’s Writers Access Group. The success of writers from last year’s group has attracted much interest, causing both writers and producers to reach out to us directly, resulting in further opportunities being offered up this time. We are very excited about the prospects for this year’s group. In the current situation, we are conscious that many disabled writers are shielding, and we have moved our workshops and masterclasses on-line until the risk of COVID-19 recedes.”

This BBC initiative follows a number of schemes which support the BBC’s ambition to raise the profile of disabled talent on and off screen.