I'm a writer, and the director of the Romany Theatre Company (RTC). I'm a Gypsy Traveller. I've been writing plays for theatre, radio and short films for about twelve years now. I founded RTC eight years ago - RTC runs Arts and Education projects with both Travellers and non Travellers.

Being a Gypsy I had very little formal schooling and taught myself to read and write in my mid teens. I went to drama school in London in my mid twenties. Since then, and outside RTC, I've become a commissioned writer for theatre, worked at the Royal Court and been involved in a number of projects with the BBC including being part of SPARKS for Writersroom and creating the local radio series, Atching Tan (stopping place in Romani). The play for Radio 4 is a spin off and prequel to this series.

The main characters in the play are two Gypsy Travellers, Lovvie and Nelius. Both are played by real Travellers as are all the Travellers parts in the play. Lovvie is an 18-year-old Traveller girl who is caught in a dilemma - she feels there is more to life then living on a site but is not sure whether she should take the easy road and do what all her friends and family are doing and stay with the community she loves, or take a risk and step out into a new exciting and unknown world? 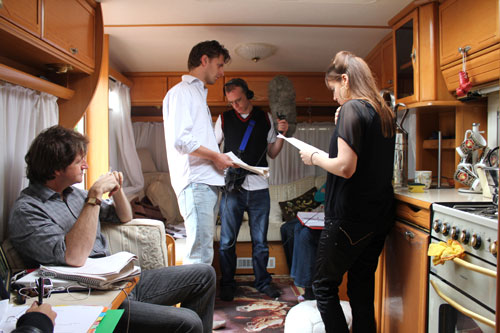 As a Traveller it was fascinating for me to write this script because in many ways I faced the same dilemma when I was young. And although I did take a risk and step out of my community to work in the arts, I've always managed to keep close links with my community both personally and professionally.

The Atching Tan play has a history of its own and grew from a pilot episode of a radio drama series that was broadcast in late 2007. The pilot was so successful that BBC East commissioned a 36 part series, with support from the Arts Council and Heritage Lottery Fund, and the series is still running across Eastern England.

BBC's Writersroom have been enormously supportive and without their funding and expert guidance, this project would never have been so successful.

Even though I've been working in radio for three years I haven't had anything on Radio 4 till now. So it's a new and exciting experience for me. One of the things I was surprised about at an early stage was that though it's the proposal that gets commissioned there is much room for flexibility within the proposal to create and play around with characters. I recall after the first draft (I think I wrote four in all) I dropped two characters and changed the name of the play. And that was just the beginning!

I've learned so much through writing for radio - the discipline of working to tight deadlines, coming up with storylines, working with professional actors alongside actors who haven't even seen a script before let alone done any acting. 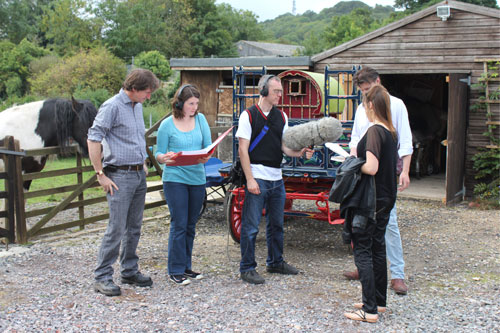 It's been great to explore my culture through drama in such an exciting and authentic way. I've often heard or seen Travellers portrayed either on radio, TV or film in such a clichéd way. It's either over romanticised or just showing the bad side. I guess it shouldn't be surprising as so few people know anything about the Gypsy community as it's so secretive and tight knit. BBC drama have been very sensitive and respectful to the Traveller community throughout and have always kept authenticity at the centre of the work.

Even so I never thought in a million years I'd hear Traveller voices speaking the Romani language on Radio 4! It was amazing writing the script, having the characters use the words Travellers would actually say in day-to-day conversation.

The BBC commissioner took a big chance with this play and it would be a great if this inspired other BBC commissioners right across the networks to have the courage and vision to take risks with new voices tackling controversial subjects.

But for now my primary hope is that the Radio 4 audience enjoy the afternoon play for what it's meant to be - entertaining drama.

Read the script for Atching Tan.

You can stay up to date with Writersroom Blog via these feeds.