Live: Bill Gates on World Have Your Say

Microsoft co-founder Bill Gates will be live on World Have Your Say from 1100 GMT.

We'll be at a school in London, and joined live by pupils from schools across the world.

Your letters to Bill Gates

On Wednesday 25 January 2012 at 11.00GMT Bill Gates, the founder of Microsoft and the Gates Foundation, will be linking up with students to discuss Global issues. Every year the entrepreneur releases a letter detailing his plans for his foundation and this year students who work with the BBC's World Class project have written to Mr Gates to give him their ideas on how to change their world.

If you'd like to take part you can write to the Foundation here and also send your thoughts to World Class.

WHYS & Google+: the next step 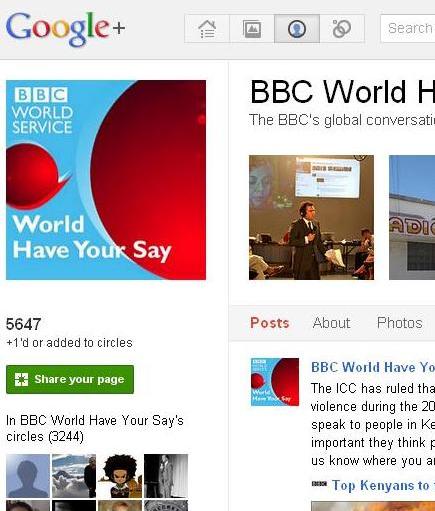 We've been experimenting with Google+ Hangouts for a while now on WHYS. Now more than 5,000 of you have added us to your Circles, we're going to start using them as a regular part of what we do and see what happens.

As well as posting our topics on our Google+ page - just like we do on Facebook & Twitter - we're going to start hosting a hangout every day at 4pm UK time (that's 8am US Pacific time / 11am US Eastern time / 5pm Paris & Abuja / 6pm Johannesburg / 7pm Nairobi / 9.30pm Delhi / midnight Beijing) for around 30 minutes. This is of course a couple of hours before our regular radio programme begins.

WHYS has house rules - we've had them since day one - so it's worth a reminder of what they are (click here for on air, click here for online). As with everything on WHYS, we welcome your take on them.

World Have Your Say TV is live on BBC World News. It's discussing the piracy story. Megaupload.com was shut down overnight, accused of violating piracy laws in the US. More on that story in The New York Times.

This came just a day after a massive protest against a bill designed to tackle online copyright theft.

So why are some people so desperate to see Sopa succeed - and others so keen to stop it?

Iran: War in all but name?

Good afternoon from the WHYS team at Bush House, where it's me Philippa Thomas in the studio for our programme at 1800 GMT,

We had a big response to today's first WHYS on the car explosion which killed a nuclear scientist in Tehran. We'd like to carry on that conversation.

Mostafa Ahmadi-Roshan, who worked at the Natanz uranium enrichment facility, was killed in that attack. Other Iranian nuclear scientists have been assassinated in recent years. Iran blames Israel and the US.

Is this war in all but name?

Is it a proxy war with the US standing behind Israeli attacks? And do Americans have the appetite for outright conflict with Iran?

A lot of articles are coming through speculating about Iran and Israel - and about involvement behind the scenes of bigger powers like the UK, the US, and Saudi Arabia.

Here are a few links for you -

Robert Fox in "This Week" talks of "the growing sensation that the Islamic republic is heading for a major collision with the US and its European and Arab allies by the end of this month". Fox says Tehran is desperate to pin the blame on the West and Israel for starting it.

In Bloomberg, Jeffrey Goldberg writes that the Obama administration "now appears to be moving inexorably towards war"

And he says some of the Republican party's presidential candidates have been getting steamed up by this argument - - an article in the influential Foreign Affairs magazine by Matthew Kroenig called simply "Time to attack Iran".

We'd like to hear from Iran, from Israel, from the US, wherever this story is getting you steamed up too.

If this IS war, what's the likely fallout?

Let us know - as ever - what you think. We're on Facebook, you can tweet us at @bbc_whys, or send me your questions @philippanews.

Look forward to hearing from you

What a week! What a year! 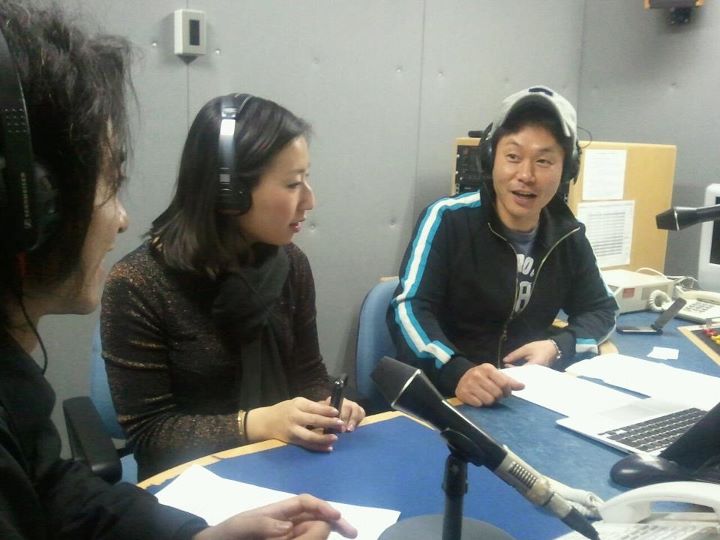 Hi Nuala here, just wanted to drop you a note about the shows Tim and
I had the pleasure of working on last week at 1100GMT. World Have Your Say wanted to give a snapshot of what five countries are talking about right now after their tumultuous year, so we turned to you our listeners and asked you. Your conversations were illuminating.

We also got some of you to present the show! Ayesha, Matthaios, Pakinam, Yoshi, Hadil and Maysam not only presented but also helped edit the show by highlighting discussions taking place in their country and identifying people who would be interesting to hear. So many of you participated as a guest or by tweeting us your comments using the hashtag #mywhys. Thank you for your input you really enhanced the global conversation.

So, we began the week with Ayesha Tammy Haq in Pakistan, she led the conversation about how Pakistan is trying to figure out how to interact with the world going forward. Did you know it's considering allying with China and turning away from the West?

We then visited Greece on Tuesday with Matthaios Tsimitakis, though Greek's economic future is bleak, the discussion was rich and varied as our participants told us what they thought should happen next. We'll continue to follow their progress.

Wednesday we eavesdropped on Egypt. Pakinam Amer guided the debate about whether the protesters are actually the problem, and whether the revolution is over.

Then, we swept across the globe to Japan with Yoshi Tomiyama on Thursday. We remember the videos of devastation after the tsunami and earthquake there we heard that some Japanese appear to have forgotten what they said was unforgettable. That's Yoshi in the photo above wearing the baseball cap.

And then to Friday, Hadil Krekshi and Maysam Shebani surprised us with what Libyan chat is about now. Yes they'd like to move on from the revolution and yes they'd like to get a job but Katy Perry and Bieber fever are also part of a new normal in Tripoli!

So thanks for all your help making really special programmes, hope you have a wonderful New Year.