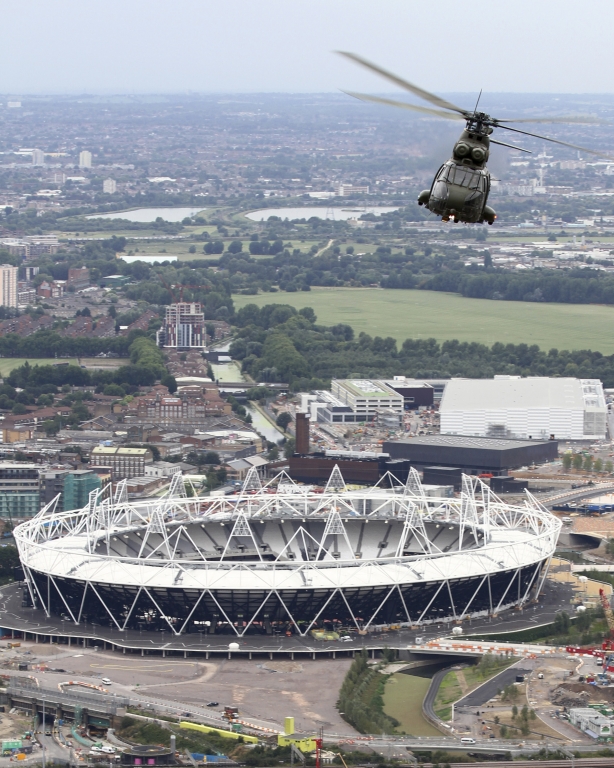 Over the next 48 hours, the world is going to be leaving behind one of the most monumental years in modern history (and if you're in Samoa, you'll be doing so a lot earlier this time around).

But, while correspondents make their best guesses about what the major stories will be in 2012, already know what one of the very biggest will be - the Olympics, being held here in London.

For two weeks in August, the world's attention will be almost exclusively focused on the UK capital as the world's biggest sporting event unfolds. Although of course many Londoners have reservations about the Games, nevertheless it's a hugely exciting time in Europe's largest city. (Personally speaking, I can hardly wait).

And with World Have Your Say planning on being an essential part of your experience of the Games, we thought it was only right to have a bit of a celebration of our own.

Which is why, if you're listening to World Service between 2300 and 0100 GMT on New Year's Eve, you'll hear something rather special.

Ros will be live with athletes, performers and protesters from across London to give us their guide and perspective on the city from eight stories up. We'll also be joined by John the Cabbie - who you may have heard on our shows about the London riots - and some of the Occupy London protesters.

We'll even have live music from some of the people who have written songs and scores for the Olympics themselves.

2012 is also the year that the BBC World Service will leave Bush House for our new home at Broadcasting House, just off Oxford Street, only a few weeks before the Olympics begin. So what better way to see out the year - and the building - than by joining us for our 2012 celebrations?