On air at 11GMT: Has Japan forgotten the tsunami's victims? 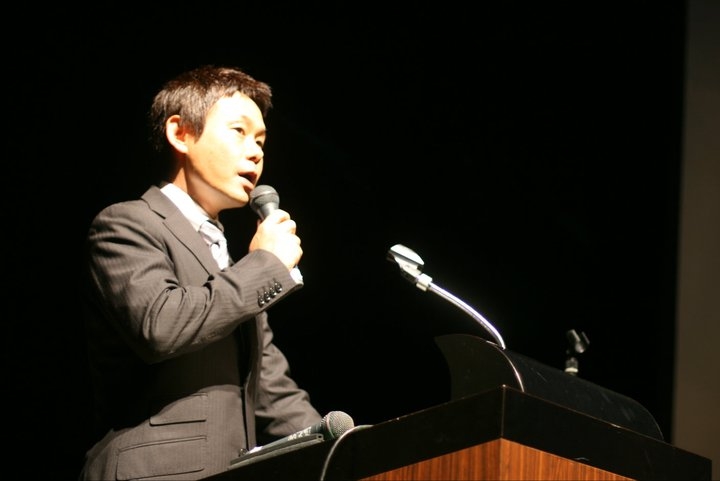 Hi, I'm Yoshi Tomiyama and I am excited to be presenting World Have Your
Say from Tokyo, Japan.

I am a stand-up comedian here in Tokyo, and at the same time, a chairman of an NGO, supporting the lives of people affected by tsunami and earthqake. I used to play baseball quite often during a week as a hobby, but after the earthquake hit northeast of Japan, I was motivated to drive over to those devastated regions, bringing and distributing foods, water, and all those needed items for the people living in the devastated cities and towns.

Now, 9 months had been passed since the earthquake and big tsunami hit the northeast region of Japan, but basically nothing had been changed. People are living in cheap temporary houses constructed by the Japanese government, but they will be forced to leave those houses in a year and half because the Japanese law has set an expiration date for ending the housing support.

Nothing seems to be improving. The people living there are mostly the elderly, so they cannot drive cars for shopping nor for hospitals. Also, since cities and the towns are wiped out by Ttunami and earthquake, and because the lands are sunk, the reconstruction of the cites are not carried out: no governors nor bureaucrats know how to rebuild the cities, and they have no clue to bring any industries to raise the employment levels. People lost their families, houses, jobs and everything, and the situation stays the same at this moment, although 9 months had been passed since the disaster.

Also, we are facing in danger of nuclear radiation, but most of the Japanese seem to be ignorant about the danger of the nuclear radiation, because of the lack of the information, which is strictly controlled by the Japanese government. Especially, the people living in Fukushima are still exposed to danger living there, but there is no actions taken among the residents nor on the government sides.

About 500,000 people residing in the northeast region of Japan are severely affected by the big natural disaster, but the people living in urban areas like Tokyo, Nagoya and Osaka are forgetting the tragedy, although they definitely had thought they would never forget such a tragedy......

You can post your questions for me and our Japanese guests here or at facebook.com/worldhaveyoursay and do call during the show, it will be 8pm in Tokyo. We also have a special hashtag for those of you who love to tweet #mywhys