Amongst the chaos of the newly reopened Mitiga airport there were tears and joy. The combination of the Eid holidays and the resumption of international flights have brought many Libyans home for the first time since the fighting.

As I wait for my bags in the arrivals hall a Libyan man wearing a Canadian baseball cap launches himself into the arms of his family. They can't contain their emotions; the men quickly dry their eyes before the crowds notice.

The last time I came to Libya I had to travel two days across the desert to reach Tripoli, the slow queues in the airport were a dream compared to the cramped condition of a small car crammed with our equipment.

Over the next week WHYS will be in Libya to broadcast five live shows on a range of issues from five locations. Tune in at 1100gmt to catch them. 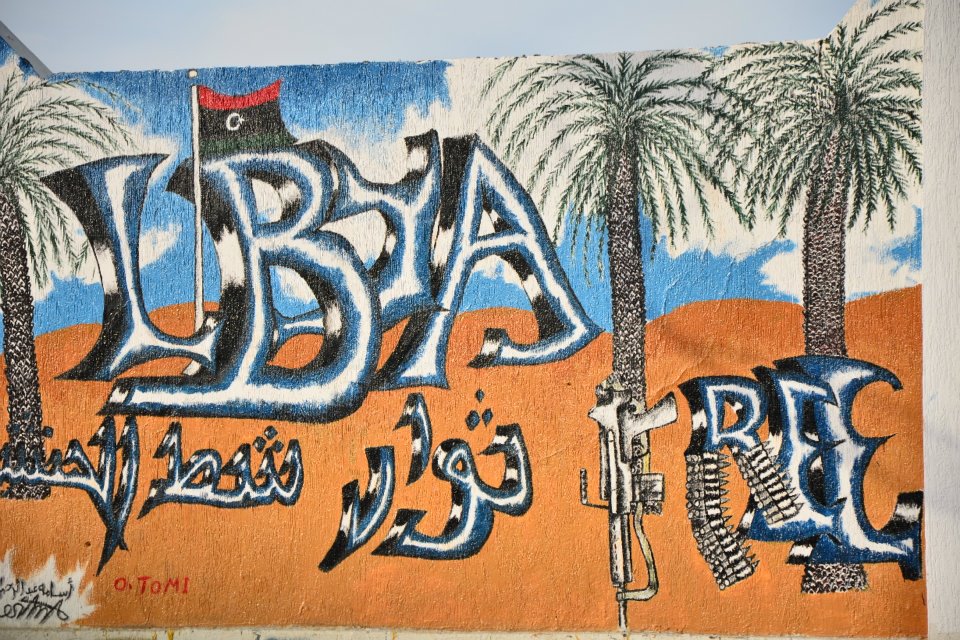 Graffiti on a wall in Libya

I've only been here a day but it's clear on the surface many things have changed; most of the armed check points have gone, new shops have opened and the standard of revolution graffiti has become an art form. However, from speaking to the people many of the deeper problems remain.

There's real concern about the number of guns on the streets and people are struggling for money. In August citizens laughed off these worries but now, months on, it's a huge challenge for the new interim government.

During the week we'll try to reflect on what happened during the revolution, talk to Gaddafi supporters about their situation and hear about the concerns of people living here.