World Have Your Say live from Lagos 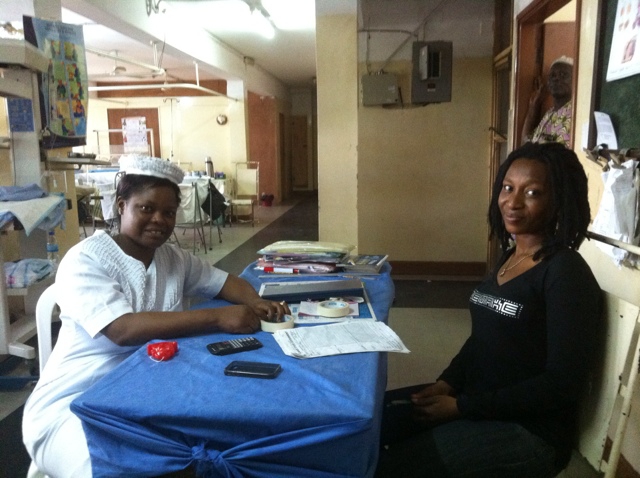 World Have Your Say is live from Lagos, Nigeria’s biggest city today, tomorrow and Wednesday. So tune in at 1700GMT in the United States or 1800GMT for the rest of the world.

The UN says the global population will hit 7 billion today.  Today, we are broadcasting from Island Maternity Hospital and meeting mums and their new babies. We are going to talk about big families, contraception, maternal health and the strain on provide food, water and resources. The planet has doubled in population since the 1960s.

Africa has the world’s highest birth rate. With between 12 million and 17 million people, Lagos is already over populated and thousands of people arrive here each month, and predicted to become Africa’s biggest city by 2014 (it’s currently Cairo).

On Tuesday we’ll be working with a new Nigerian radio station, Nigeria Info 99.3, sister station to Cool FM. It has just launched this month and is broadcasting WHYS every day. You can follow them on twitter here and their head of news on twitter.

And we could do with your help for Wednesday's show. We’re still looking for a location in Lagos. Any intruiging places you think we could be?

Your questions to Julian Assange 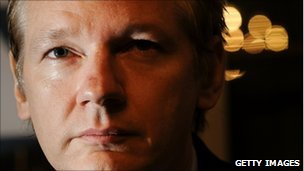 Today on BBC World News TV the founder of Wikileaks, Julian Assange, will be taking your questions live on-air.

The whistle-blowing website has released information from a variety of countries but it's perhaps most famous for publishing three batches of US government documents relating to the wars in Afghanistan and Iraq as well as thousands of diplomatic cables.

Many of you have already been in touch about the documents; the lack of redactions, the motivation and the consequences of their release but there are also other things to talk about. Julian Assange has become a controversial figure, I notice a few posts on Facebook talking about him as a person and his motivations.

Also, questions over the future financing of wikileaks has been raised this week. You may have also read in the past 24hrs that a date has been set for the ruling on Mr Assange's bid to block extradition to Sweden.

"What was Alan Freed famous for?" asked our editor Mark just before our editorial meeting.

"You all need to do your research."

Mark was right. After all, World Have Your Say are heading to Cleveland, Ohio, next week to visit our partner station, WCPN, and Alan Freed was one of Cleveland's most influential residents.

Whilst in Cleveland, we will be doing two broadcasts:

You can catch Ros on WCPN's Sound of Ideas show from around 9am local time (1300 GMT).

We will then be broadcasting live from the Allen Theatre for the City Club Conference on Free Speech. We're on at the usual time (1700 GMT, 1300 local time) and we'd love to see you all there; pop over a couple hours early to get tickets.

We'll be live from the Rock and Roll Hall of Fame (1700 GMT, 1300 local time)! They have a great Women Who Rock exhibition, that you might like to peruse.

We can't wait to meet some of you! 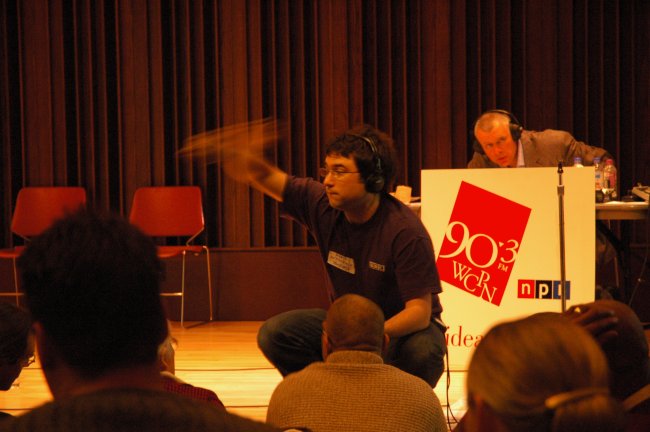 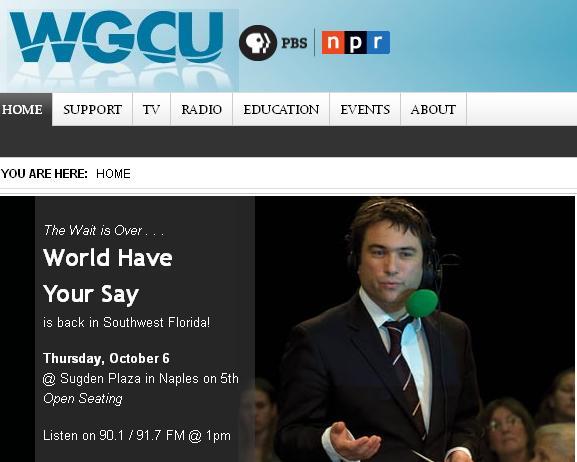 World Have Your Say will be in Fort Myers, Florida this week meeting people who listen on WCGU and talking about the big stories of the day. Here's where we'll be:

We will be broadcasting live from the streets of Florida at 1700 GMT. If you'd like to join the conversation, come down to Sugden Plaza, right by the Sugden Community Theatre in Naples. We'd love to see you all there.

On the evening of Thursday 6th it would be great to meet up with some of you, so join us for drinks at Bar Louie at the Gulf Coast Town Centre in Fort Myers, from 1730 - 1930 local time.

We'll be live from WGCU's TV studios with an audience of 170 people. It's sold out !