World Have Your Say is in Indianapolis and New York this week.

Ros will talking to people 10 years after 9/11. We'll be asking how America has changed and how you see America now.

We'll be in Indianapolis Monday, Tuesday and Wednesday where Ros will be doing three jobs in three days.

And we'll be in New York, Thursday and Friday.

WHYS on TV: Libya and US banks

Here's the World Have Your Say TV broadcast on BBC World News on 02 September 2011.

We discussed what should happen to Libya and looked into a report suggesting that the US government may sue a number of banks that they believe were responsible for the global financial crisis of 2008. 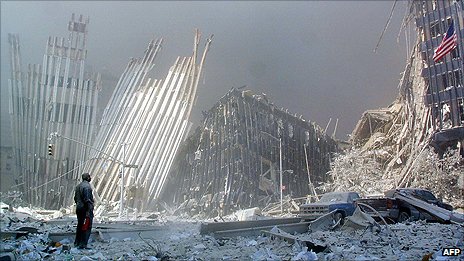 WHYS is heading to the States next week to explore the long-term impact that the 9/11 attacks have had on America. We're going to begin in Indianapolis (where we'll be helped by our friends at WFYI), and over three programmes on Monday, Tuesday and Wednesday, I'll help out at a BBQ stand at Rib America festival, at a hospital and at a reform institution for people serving prison sentences.

Then we move onto New York, from where we'll broadcast a studio show on the Thursday, before stepping onto the streets of Manhattan for a range of broadcasts on the Friday.