WHYS on TV: The latest on Libya

The world's eyes are firmly on Libya, and we know you've been talking about it all week. So here's our television programme all about Libya, in case you missed it. We speak to Libyans in Tripoli and around the world about the extraordinary week they've had.

WHYS on TV: Corruption in India

Here's the World Have Your Say broadcast on BBC World News on 19 August 2011 if you missed it.

Ros spoke to Indians about corruption in their country, following the release of Anna Hazare, the anti corruption activist whose protest has got you talking.

Experimenting with Google Plus 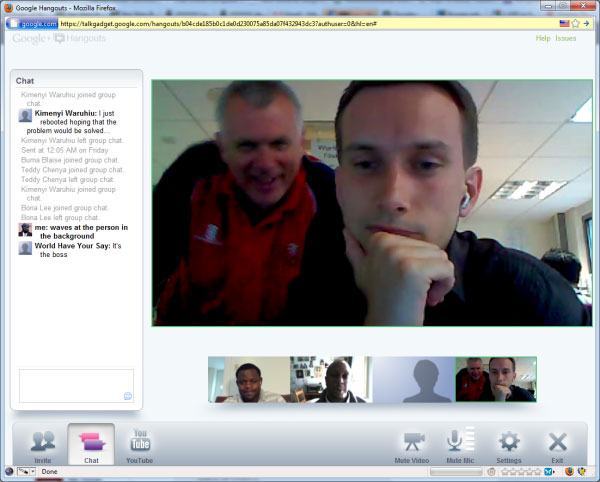 This may entirely change the way WHYS carryout its show. It will give unprecedented access to contributors, fans and listeners. I am joining the hangout right away!

... so posted enthusiastic Blaise in Virginia, when we announced on Facebook the first ever, pioneering WHYS Google Plus "hangout".

The picture shows some of what went on - I'm chatting to Blaise, Kimenyi in Nairobi & a silhouette representing Matt in Melbourne (with WHYS boss Mark peering in from above!)