On air at 17&18GMT: Is there anything we can do about the cost of living? 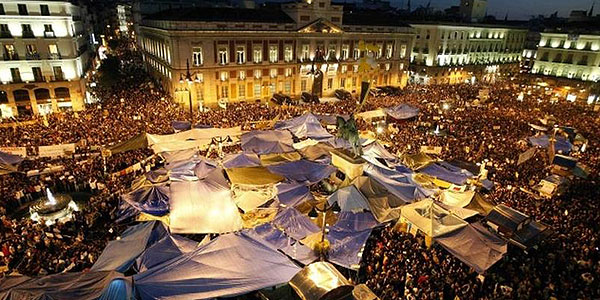 This topic was discussed on World Have Your Say on 23 May 2011. Listen to the programme.

Thousand of protesters have been camped in Madrid for the past week demonstrating about the government's failure to solve Spain's ongoing economic problems.

Carlos in Madrid, told the BBC

We are not just asking for jobs. We are asking for a change in the political system. We have no option but to vote for the two biggest parties in Spain, who are more or less the same. They are unable to solve any problem, it is just a nest of corruption. We are tired. In short, we want a working democracy. We want a change.

In Uganda, there are plans today asking for people to honk their car horns in protest at the rising cost of living there. This follows the walk to work movement which has been going on since April.

The uprisings across the Arab world has the cost of food and high unemployment at their heart. This article considers how important a factor they were.

It is entirely possible that the Arab Spring might have happened this year in spite of rather than because of the spike in food prices. But, the context in which the Arab Spring did take place is not inconsequential and should not be lost on policy makers. It certainly needs to be part of the narrative, if not high on the agenda of the G20.

This article by Lester R. Brown talks about the implications of rising living costs, particularly the price of food.

We know that the cost of living is something which affects all of you so we're really interested to hear your stories on what differences you have noticed. And we'll be talking to people in different parts of the world to hear what they would like to change.

Is there anything we can do about the cost of living or is it an inevitability that prices will rise?