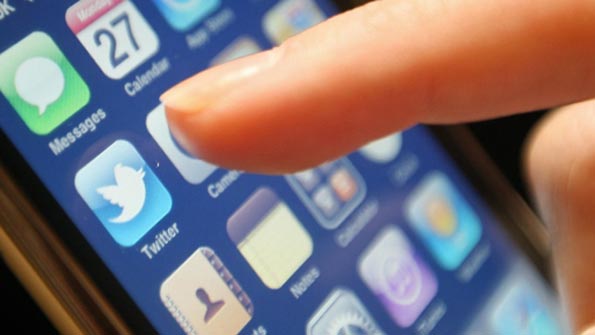 Hi, it's Sophie here on Sarah's log-in. As mentioned in the blog post below, on today's programme we will be talking about the use of social media in situations like we have seen in countries across the Middle east and North Africa.

Ben Allen is at a conference in Dubai that has been organised to discuss how important and effective social media has become as a tool. He will be joined by the Egyptian blogger Sandmonkey who has agreed to talk to us about the importance of social media and the role it played in the Egyptian protests. We will also be talking to social media experts and commentators including Evgeny Morozov and Juliette Powell.

Sandmonkey, who has been an active blogger since 2004, has become even more well known through his constant use of social media during the Egyptian protests and events in Tahrir square. He recognises that social media played an important role in the people's revolt, but he added that the organizing continued even after cell phones, the Internet and Facebook were shut down.

"Basically, social media was very useful at first and letting people know that there is a protest and what the demands are," he said. "Then there was the shutdown, and we were still able to organize and go to protests without" the help of social media."

Sandmonkey says that he had his blog, that covers Egyptian politics and repression, shut down by authorities for many years. Mubarak and Egyptian officials considered social media and the internet to play an important role in organising and motivating protesters in Egypt and attempted to silence the online dissident on several occasions.

Juliette Powell, a social media expert and co-founder of The Gathering Think Tank, and author of '33 Million People in the Room, thinks that we often under-estimate the power of social media. It is now undeniable that social media also plays a major role today in the struggle for democracy, like we have witnessed across the Middle East and North Africa, waged by people under the yoke of democracy.

She also recognises the importance of social media in managing human catastrophes. After the disaster in Haiti, NGOS used digital media to help source and provide aid and medical care to the Haitian people, and it is now becoming the case that humanaitarian aid can not live without the digital and social networks that feed it.

Evgeny Morozov, author of a book called The Net Delusion: The Dark Side of Internet Freedom has an alternative view of the role of social media.

"The Internet has provided so many cheap and easily available entertainment fixes to those living under authoritarianism that it has become considerably harder to get people to care about politics at all."

Morozov is sceptical about the widely held view that social media and the internet is inherently pro democratic. It is important to remember that authoritarian regimes themselves can use the internet themselves, and can use it to their advantage. Social networks offer a cheaper and easier way to identify dissidents than other, more traditional forms of surveillance.

Do you think social media is a help or a hindrance? If any one has any questions for our guests please post them below.