Is the term 'coconut' racist? 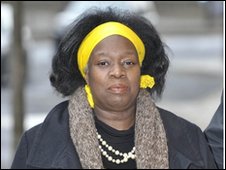 In Bristol, a black councillor, Shirley Brown, has been found guilty of racial harrassment for calling her Asian political opponent a 'coconut'.

The term coconut, has been used to accuse someone of betraying their race, or culture, by implying that, like a coconut, they are brown on the outside but white on the inside.

Similar racial terms to denote 'acting white' while from another ethnic group include 'bounty bar', 'oreo' and 'banana', here's Racialicious' take on it.

Do you consider all these terms racist? And should their use be criminalised?

Alan who posted at Harry's Place doesn't think so:

The problem, I think, is this. At the moment, in our political culture, it is commonplace to talk of ethnic and cultural groups as if they were homogeneous blocs. If that's your starting point, then it follows that there can be such a thing as a 'race traitor'. You may want to resist such a politics. I certainly would. But I question whether the criminal conviction of a councillor does much to advance that cause.

Here's what Gazter thinks about the term 'coconut':

It is one of the most insulting things one black person can say to another (though in this case the victim was asian not black). Ask some successful black individuals, if you have any black friends, what they think of the term (they are likely to have received the insult at some time), and watch the steam come out of their ears.

Jay Jethwa, the politician on the receiving end of the jibe said:

The word is doubly insulting as it insults both me and the white population.

Could 'coconut' even be considered a compliment? The Voice of Reason thinks so.

Have you ever heard 'coconut' or a similar term used? What was your reaction?