The origin of the human family 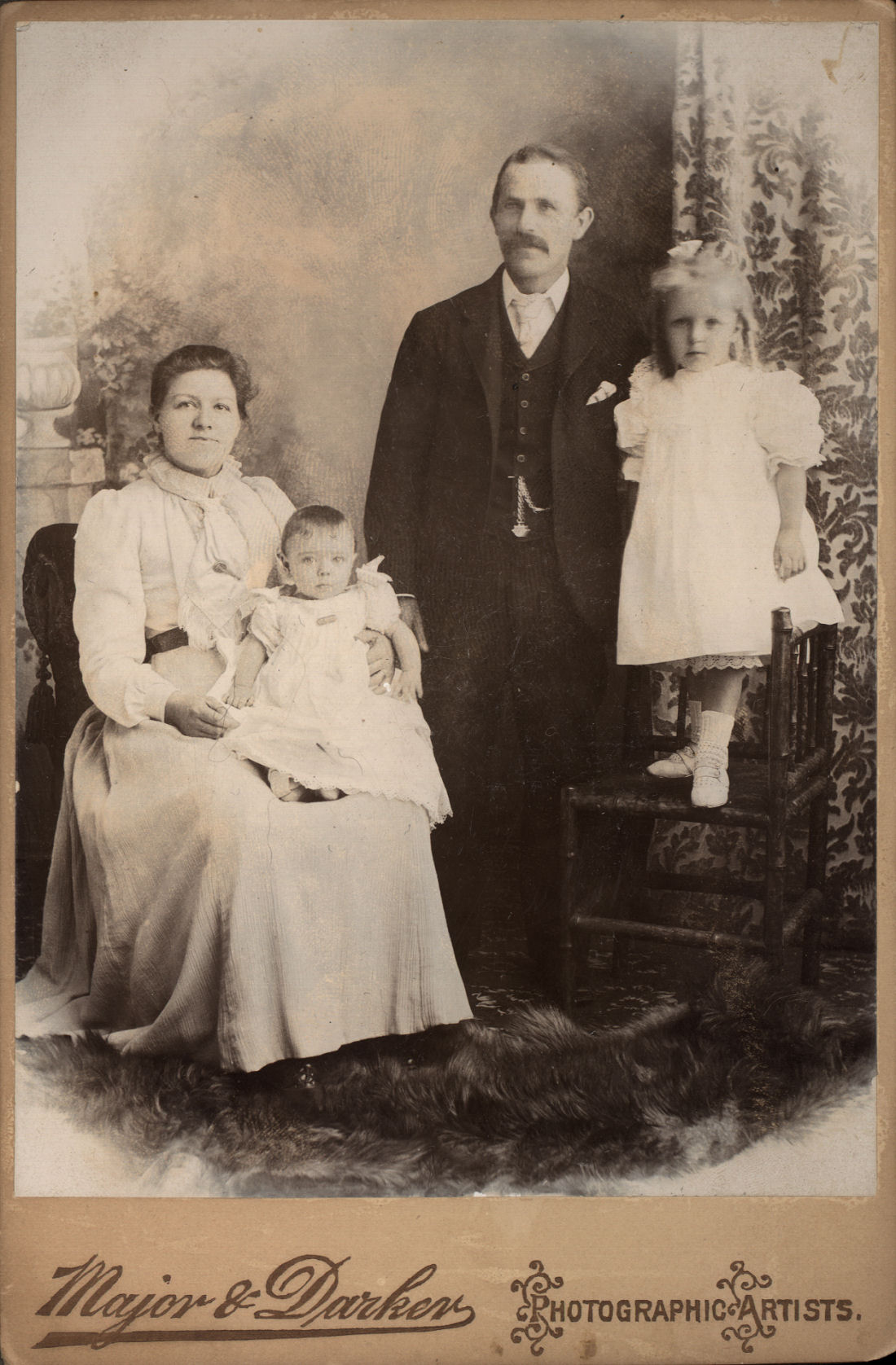 An English family from days gone by

Nan and Granddad, Mum, Dad and the kids, perhaps Uncle Charlie dropping by.

It’s an ordinary scene. But perhaps it’s one that is too familiar, that we never question.

Because have you ever wondered where the human family actually came from?

New research into primate societies is helping to answer that very question; shedding light on the origins of the human family.

The work attempts to explain how the family unit evolved, and why humans have different family structures to our closest relatives, the other great apes.

But most animals don’t live with their parents or siblings; animals that hatch from eggs often never meet their parents, and many that are raised by their mother never know their father.

Fewer still are raised by both biological parents, in the company of their siblings.

And even fewer of those have segregated family units like we humans do, living in families into which only the closest relatives are invited.

Most animals either live alone, or spend their days with half-siblings, uncles, cousins, cousins many times removed or a herd or flock of genetic strangers.

There are many types of human family, involving step-parents, foster parents, adopted parents and children, half-siblings and same-sex couples, but we generally stick to small tightly-bonded nuclear family groups. 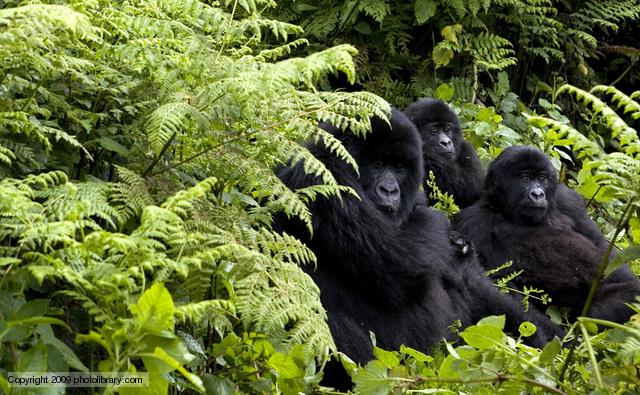 Can we see a little of ourselves in a gorilla family? (photolibrary.com)

Two researchers in Japan are now trying to identify what drove the evolution of our family behaviour.

Wataru Nakahashi and Shiro Horiuchi of the Meiji Institute for Advanced Study of Mathematical Sciences in Tamaku, Kawasaki have taken a theoretical approach, due to the general lack of early human fossils and artefacts that might explain why early humans lived as they did.

They created mathematical models that might predict or explain the mating and grouping strategies that might emerge among certain groups of primates facing certain conditions.

Many modern primates have followed a particular path, for example. In species such as baboons, males have large canines and compete with one another, often forming coalitions to oust rivals. Such males may kill offspring that are not their own, in a bid to make females more receptive to mating. In these societies, females may evolve promiscuous behaviour, to cloud the identity of their offspring and prevent such attacks.

Humans, and some other primate species, have taken a different path.

On a societal level humans generally form groups with multiple males and females. Within these, smaller human groups uniquely tend to be founded on exclusive, long-term sexual relationships, usually between a male and female (Mum and Dad), and each is prohibited from having sexual relationships outside the family (having affairs with all the neighbours for example). Once these ties are made, males tend not to compete strongly with one another (Dad fighting with another dad down the street over who should be with Mum), and females are not promiscuous (Mum having multiple affairs). 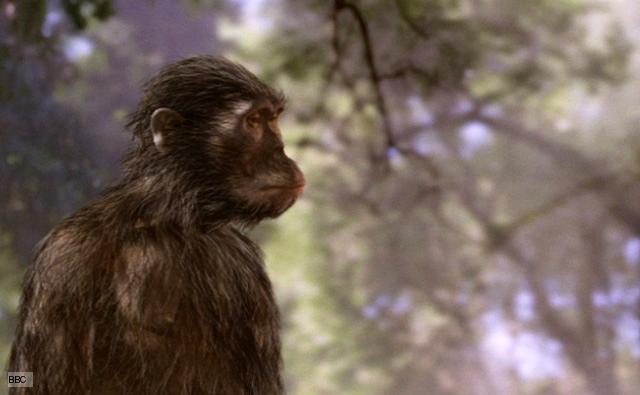 Now affairs do of course happen, men fight and families break up – but in a general biological sense, humans have evolved a pretty stable and consistent system of family units in which we survive and rear offspring.

The fossil record suggests that humans developed their own family system a long time ago, as early hominids, evidenced by the discovery of family groups of Australopithecines for example.

But while we might know roughly when it arose, we do not know why it did.

To investigate, Drs Nakahashi and Horiuchi started by taking the mating systems of different ape species.

Gibbons form groups of a single male and female with offspring, with each pair monopolising territory. Orangutans live alone, with males mating with multiple females that wander into their territory. Chimps form promiscuous groups involving many males and females, while gorillas live in cohesive groups that usually include one mating male and many females.

Dr Nakahashi and Dr Horiuchi then mathematically modelled the conditions required for each system to emerge, and become stable, taking into account variables such as male and female strategies, group sizes, reproductive rates, and average promiscuousness among males and females.

They found that the human family system was much more likely to have evolved from a gorilla-type system, rather than a chimp-type system.

The most plausible scenario, and that which best fits the scant fossil evidence, is this:

The last common ancestor of humans, chimps and gorillas had a body similar in size to modern gorillas. That ancestor also had a mating system similar to the gorilla.

Then the climate in Africa became drier, the scientists write in the Journal of Theoretical Biology.

Those apes that were the ancestors of modern gorillas maintained their size by eating a lot of fibrous plants. And because they were big they were not predated on as much by big cats. That lack of predation pressure allowed proto-gorillas to maintain their group structures and mating systems: a gorilla-type family if you will.

The ancestors of chimps and humans though evolved smaller bodies as the climate dried. Crucially that made them more vulnerable to predators. To compensate, and to protect themselves, they started ganging together, forming groups with multiple males.

The mathematical models suggest that a human-type family, and a chimp-type family, are both stable strategies. And quite small changes could have forced humans toward forming small nuclear family units and chimps into large, promiscuous units.

It is unclear what those changes might have been, but it may have been the environment in which both early apes lived, with proto-chimps living in forests, eating a certain diet and proto-humans taking to the savannah, feeding on another. 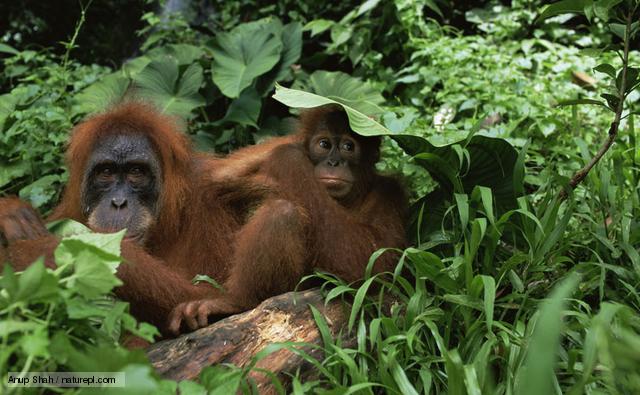 Orang utans do it differently

The maths behind the hypothesis is complex, and the summary above necessarily simplistic. But hopefully you get the idea.

Many people can find the human family unit a difficult, tension-riddled thing, as relatives are forced together and struggle to get on. Christmas if often defined by family rows as much as family gifts.

But the human family unit is also an immensely powerful thing.

In humans, the family system allows groups to exchange males and females, and gain new mating partners, without aggressively competing for them.

That exchange of partners might have allowed human groups to start to collaborate rather than compete with one another.

Such cooperation might have been the building blocks of human society, which differs dramatically from other primates.

And, the maths suggests, it all might have started with a bit of proto-gorilla loving.