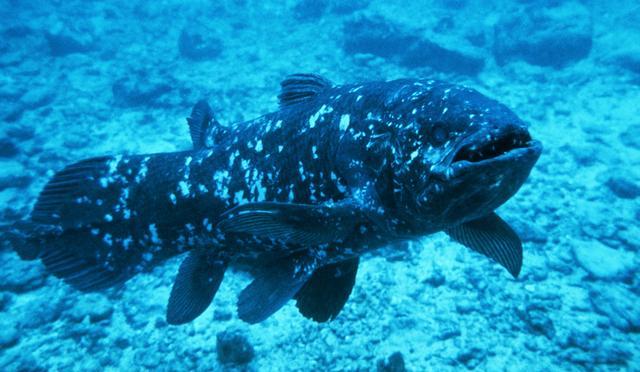 An odd-looking ancient fleshy fish continues to serve as a reminder of just how little we know about the natural world.

In 1938, scientists discovered the coelacanth, a large primitive deep-dwelling fish that was supposed to have been long, long extinct.

The fish provided an immediate link to our dim evolutionary past, resembling the lobe-fin fish that were likely the first to leave the water and take to land, ultimately begetting the amphibians, reptiles and mammals we see today, including the human race.

The fish’s discovery was a worldwide sensation, and the coelacanth remains famous to this day, its name synonymous with the concept of living fossils and great natural history discoveries.

But new research just published reveals, in its own way, just how little we still know about this fish, despite it being the subject of intensive scrutiny and excitement for more than 70 years.

A team of scientists based in France and Germany has just summarised the results of a 21 year study into coelacanths living in the Comoros Islands, in the western Indian Ocean.

That in itself is impressive.

After its initial discovery in South African waters, another was not sighted by western scientists until fourteen years later, when a few fish were found swimming off the Comoros. The fish was not filmed alive until the BBC serendipitously took some footage of one for the programme Life on Earth broadcast in 1979 (see video below) and the first photos of the fish in its natural habitat were not taken until 1988.

So considering how enigmatic the coelacanth has been, it is remarkable that we now have a population study of the fish lasting more than two decades.

The study was done on Latimeria chalumnae by Hans Fricke of the Max Planck Institute for Marine Microbiology in Bremen, Germany and colleagues.

Latimeria chalumnae is a deep blue fish that has been sighted around Africa, off the coasts of South Africa, Mozambique, Kenya, Tanzania and Madagascar. It is one of two species of coelacanth; the other, Latimeria menadoensis, is a brown fish found much more recently in Indonesia.

The scientists used remote operated vehicles to descend into the sea and survey an 8km-long stretch of coastline around Grand Comore inhabited by coelacanths. The ROVs followed the fish into the caves in which they live, filming and photographing individuals, which are recognisable by the pattern of white spots on their blue bodies.

They have made some wonderful discoveries.

Coelacanths, it seems, are peaceful animals that do not act antagonistically to one another, even when groups of up to 16 fish share the same cave.

Females are markedly larger than males but there doesn’t appear to be any sexual content to their gatherings.

During the day, the fish live at a depth of 170-240m along a steep volcanic landscape of caves, and at night they drift down to depths of 500m to feed, coming back to their caves in the morning to rest.

The survey reinforces the impression that perhaps just 300-400 coelacanths live at Grand Comore and that the fish do not tolerate waters above 22 degrees Centigrade particularly well, as many fish disappeared from the study area in 1994 when the water warmed, returning later. 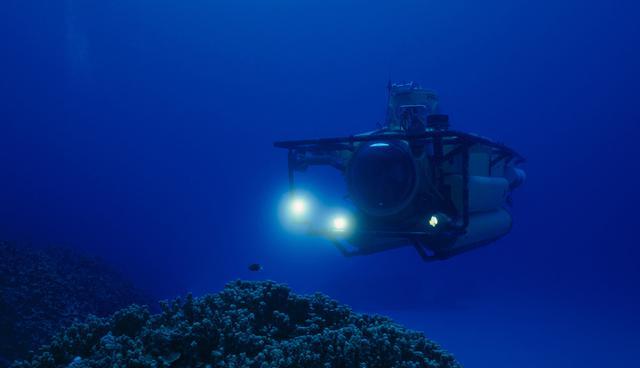 The study demonstrates how much our understanding of these wonderful fish has improved in the past few decades.

Other research in this time has shown that coelacanth embryos develop for three years, the longest recorded for any vertebrate.

Coelacanths also appear to have the lowest metabolic rates among vertebrates.

But the study by Fricke’s team, published in this month’s issue of Marine Biology, also gives away how much more we still don’t know.

For example, during the entire survey period, the team did not record a single subadult, juvenile, or baby coelacanth. They didn’t spot one in the Comoros, and have never spotted one in separate expeditions to study the fish off Indonesia, South Africa or Tanzania.

Only a single baby coelacanth has ever been sighted, filmed by different researchers in 2009 at a depth of 160m.

So we do not know where coelacanths give birth, where the young go, or why they don’t live with the adults. Such information is vital to preserve species of such rarity.

We still have little idea about how long these ancient-looking fish live for.

The survey by Fricke’s team confirms that coelacanths can live for at least 21 years; they resighted the same fish at the start and end of the survey, while 17 fish were sighted 19 years apart. That confirms that it is unexceptional for a coelacanth to live for two decades at least – the first real evidence of a coelacanth’s minimum age.

The scientists’ survey also allowed them to calculate the mortality rate of the fish, based on how often the same fish were resighted over the following years.

Their best estimate is that coelacanths have a mortality rate of 0.044. That means that out of a cohort of 100 individuals, we would expect one to still be living 103 years later. Their data can be used to make another mathematical projection which suggests coelacanths can live for between 95 to 117 years old.

Other deep water fish have been found to live for around 100 years, so it’s plausible that coelacanths do indeed reach this epic age. But we still don't know for sure, nor what their average age might be.

One bit of positive news is that accidental catches of coelacanths around the Comoros are declining steeply.

Fishermen in the area used to fish using a long line and hook from motorless canoes called galawas, and would occasionally snare a coelacanth while fishing at night for oilfish.

Nowadays, the fishermen use motorized boats called vedettes to travel further out to sea – mostly avoiding the coelacanth’s habitat. Between 1954 and 1995 two to four coelacanths were taken each year. But after 2000, that has fallen to just 0.3 coelacanths on average.

These fishermen are the only known cause of mortality for coelacanths; Fricke’s team’s survey occasionally encountered large sand tiger sharks in the area but never witnessed any predation on coelacanths by larger fishes.

As ever, though, with extremely rare species, threats to their very existence never seem far away.

In Tanzania, another home to coelacanths, fishermen once took edible small fish from shallow waters. But once these were wiped out, they took to using deep-water gill nets. Since 2003, when these nets were first used, more than 80 coelacanths have been caught, and the number is increasing each year.

That is of huge concern for this population of Latimeria and it also reinforces how similar might happen around the Comoros, one of the fish’s remaining known strongholds.

One answer, if it can be arranged with the people of the Comoros, is to set aside a protected area along the south-west coast of Grand Comore, a policy supported by Fricke’s team and other researchers.

We still know so little about this ancient fish. And perhaps we owe it: having thought it extinct for so long, it might be considered tragic to let it go extinct now.

This is a fish that has survived almost unaltered for millions of years. Yet we risk it becoming extinct in just a handful of years due to subtle shifts in the way we choose to fish, and treat our marine life.

If it does disappear, it will go long before we've had a chance to truly understand it.