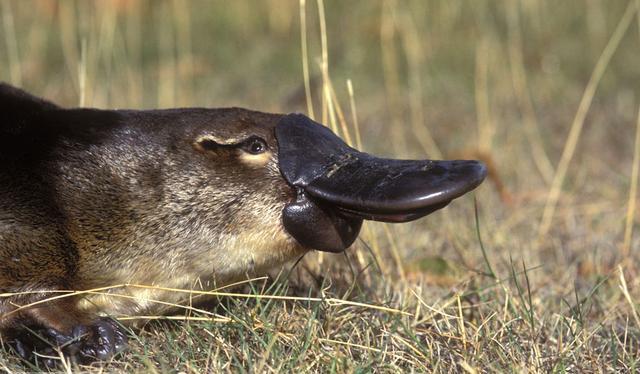 Life for the duck-billed platypus has never seemed easy.

With its bizarre bird-like beak, mammalian fur and reptilian gait and egg-laying habits, the platypus long mystified natural historians, who were unsure of its origin, or place in the world.

When the first platypus was shipped to the UK from Australia, people thought it was a joke and that someone had sewn a duck's bill to a mammal's body, so the story goes, while the animal has in the past been hunted by European settlers on the Australian continent for its fur.

Now it seems life may be about to get a little harder for this strange-looking monotreme.

New research suggests that climate change, specifically the warming of the Australian continent, may have a previously unrecognised damaging impact on the platypus.

In short, the platypus likes the cool waters of the rivers and streams in which it lives. And as temperatures rise, life in these waters may literally get too hot to handle. 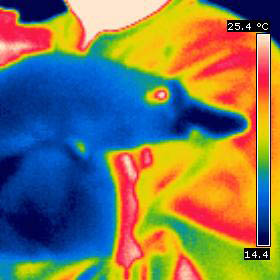 A thermal image of a platypus reveals that heat only escapes through the animal's eyes, which are closed shut when underwater (image: Jenny Davis)

The research is important for a number of reasons.

First it highlights the plight of one of the world’s most intriguing animals.

Second, it provides detailed data that shows how climate change may potentially negatively impact species – and not just any easy-to-ignore species, but an evolutionary icon, and an animal symbolic of the wildlife on an entire continent.

Third, it reveals something not often discussed when it comes to the impact of climate change – how changing temperatures will affect aquatic habitats, making rivers, ponds and lakes warmer, as well as terrestrial habitats affected by warming air temperatures.

The platypus has a unique lifestyle: baby platypuses have teeth that they shed when entering adulthood, while males are one of the few poisonous mammals known, having spurs on their webbed otter-like feet. Like the other monotremes, such as the echidna, the platypus has an extra sense not available to other mammals – being able to sense electric fields through electroreceptors in its bill.

But it is its water-loving habits that make it vulnerable to climate change, according to research published in the journal Global Change Biology by Professor Jenny Davis and colleagues at Monash University in Clayton, Australia.

“The platypus is a wonderfully insulated animal – it swims around in one of the most luxurious examples of a fur coat,” Prof Davis tells me.

This rich coat enables it to feed for up to 10 hours a day in water that can be close to zero degrees Centigrade. But it may also prove to be the platypus’s Achilles’ heel.

“The highly insulating fur is an asset for surviving in cooler climates but becomes a liability in warmer conditions,” explains Prof Davis.

Apart from staying in its burrow within the stream or river bank, she says, the platypus has few cooling strategies available to it. But it can’t feed when it’s in its burrow, so taking refuge there would ultimately lead to starvation. 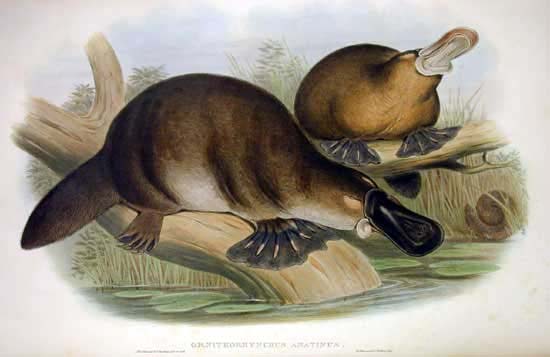 “This suggested to us that it is may be very vulnerable to a warming climate.”

To find out how vulnerable, Prof Davis’s team examined a map of the known distribution of the platypus. They found the occurrence of the platypus is linked to rainfall. That explains why the platypus is absent from the arid central and western half of the Australian continent. But they are also absent from Australia’s warm well-watered tropical regions, apart from sites along the east coast that contain cool, deep gorges.

So the scientists set out to determine which is more important in determining where platypuses live: rainfall or temperature.

Australia’s climate is highly variable, and aquatic species are especially affected by the “boom and bust” ecology caused by droughts and flood. But the researchers found a way to separate out this effect from the longer term warming trend.

They used more than 9000 records of platypus distribution over the past two centuries (1800 – 2009) to model the affects of rainfall and temperature.

What they found surprised them immensely.

Up until the 1960’s rainfall determined where platypuses lived. Since then, temperature dominates, having a bigger influence on their distribution.

This switch correlates directly with the change in annual maximum temperatures in southeastern Australia – which have risen in recent years. 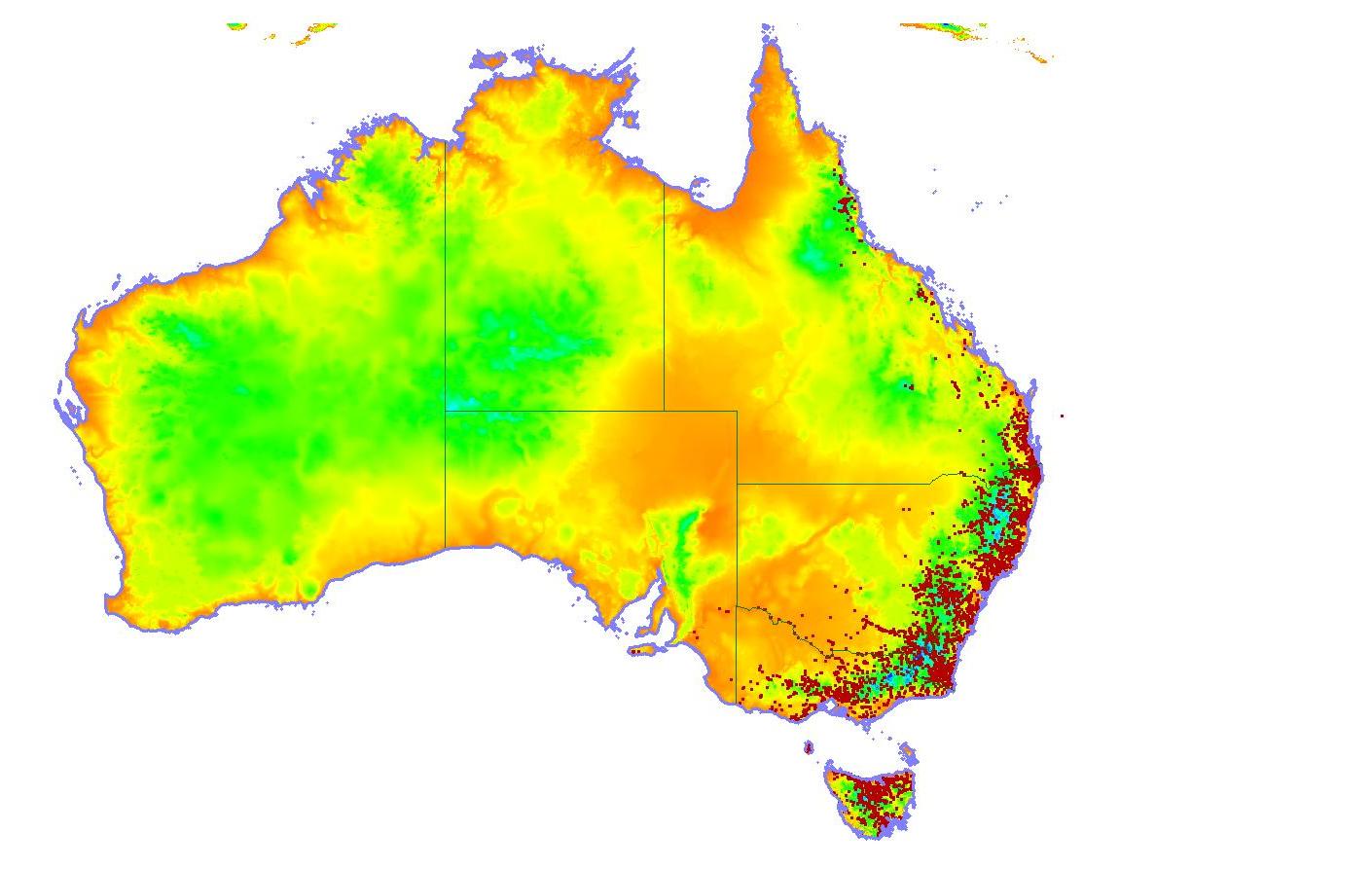 Distribution map of the platypus (image: Melissa and Roland Klamt)

Warmer temperatures, it seems, are starting to drive out the platypus from previous habitats.

“Our results clearly indicate that we now need to start thinking about the importance of maintaining aquatic thermal refugia,” Prof Davis warns.

Water temperatures are cooler at night, when platypuses forage, and deep water will be “thermally buffered” from some of the effects of warming temperatures.

That offers some hope. But a warmer climate also means a drier climate, and platypuses will spend longer enduring hotter temperatures as they travel further overland between shrinking pools and drying rivers.

Much remains to be investigated.

If this trend continues, the platypus may happily hold on in cooler parts of its range; on the islands of Tasmania, King island and Kangaroo island, for example.

But little is still known about this weirdly brilliant animal.

They are not easily trapped, are easily camouflaged and are a shy and mainly nocturnal species, so accurate estimates of platypus numbers are hard to come by.

That means it may be a long time before anyone realises they are disappearing from local rivers in which they were once abundant.