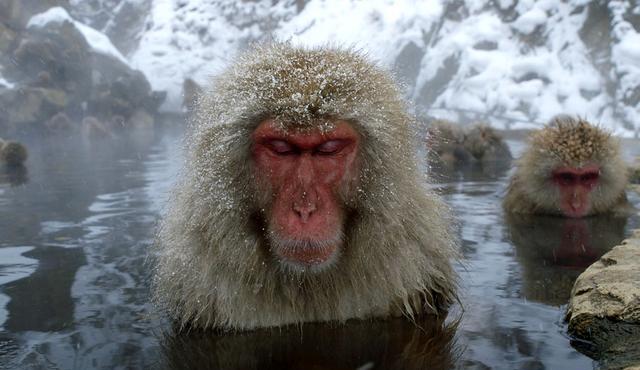 Given the title of this blog, it’s a question I have to ask. Luckily for me, some scientific research has just been published that helps inform the answer.

It’s a less frivolous question than it first seems; getting inside the minds of monkeys tells us much about what it means to be a monkey. And that provides a baseline from which we can ask what it means to be human, and where the differences between us really lie.

Let’s start out by defining what I mean by “do monkeys wonder?”

By it I mean whether monkeys have what researchers call “internal thoughts”.

People have internal thoughts – we know that, because we think them. But it can also be confirmed by neuroimaging studies; which have revealed that our brains have a “default mode of activity”.

Now we might expect that when the brain is actively thinking, the brain itself becomes more active. That’s true. 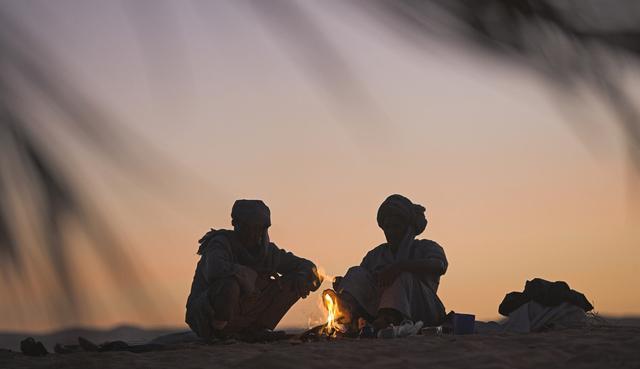 Is wondering a human-only trait?

But some areas of the brain actually become more active when resting than when they are performing a specific cognitive task. These areas lie at the front and toward the back of the brain, as well as within, and go by names such as the medial prefrontal and medial parietal areas, and the posterior cingulate cortex.

This higher activity is what researchers believe to be the brain’s “default system”. It has been confirmed by neuroimaging techniques including PET (positron emission tomography) scans.

Other studies have also confirmed the presence of this default mode. During a period of rest, blood flow and metabolic activity is higher in these brain areas. This default brain activity also appears to be disturbed in psychiatric patients and people with Alzheimer’s disease.

A number of studies have connected this default brain activity with what scientists call “internal thought processes”. These might include the recall of certain memories about one’s life, ideas that relate particularly to one’s self, thinking about concepts or the meaning of things, considering one’s environment, emotional state or body image, or simply just letting one’s mind wander. 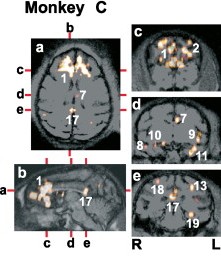 Studies also show these brain areas become less active when a person is performing a specific task. In essence, internal thoughts are suppressed while other parts of the brain get on with doing something specific.

Which brings us back to whether monkeys have similar internal thoughts?

Do monkeys, or other primates, think about themselves? Do they reflect, worry, remember, or consider an idea forming in their minds?

In short, do monkeys wonder? Because if they can, our view of monkeys needs to change. Quite profoundly I’d say.

It would mean that we should no longer be surprised that a monkey has found a new way to crack a nut, as we’d acknowledge it had probably been considering the idea for a while.

It would mean that we must accept that these animals too might be concerned for the welfare of their kin, or that they might recall a childhood memory.

When we visit a zoo and look into a monkey’s eyes, wondering what it is thinking, it might even be looking at us right back, wondering exactly the same.

That has some pretty profound implications for the status we give these creatures, and whether we choose to exploit or protect them, care for them and respect them.

So to help answer the question I want to report some results published as part of a scientific review conducted by Dr Masataka Watanabe of the Tokyo Metropolitan Institute of Medical Science in Japan. 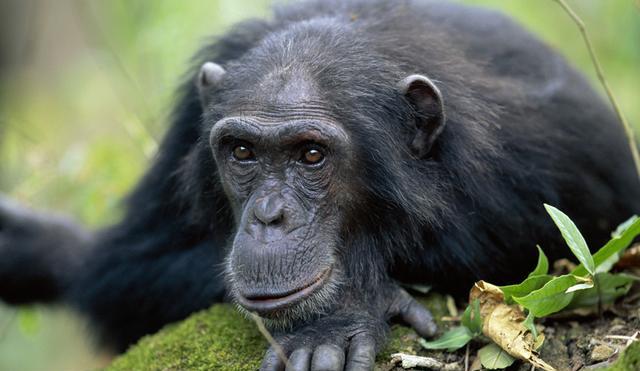 Do chimpanzees think about themselves? (Arup Shah / NPL)

He tells me that a recent neuroimaging study on anaesthetised monkeys suggested that they too have a default mode of brain activity. A study on awake macaques, published in 2009, shows that monkeys suppress neuronal activity in the posterior cingulate cortex when they are performing a task, while another study on chimpanzees, an ape more closely related to us, suggested that their brains, when resting, retrieve memories and may be involved in some level of mental self-projection.

But no-one had actually performed any neuroimaging to measure whether awake monkeys have the same “default” brain activity that people do.

So Dr Watanabe and colleagues did PET scans of the brains of awake Japanese macaques. They also measured the blood flowing within the key brain areas associated with having internal thought processes.

In all three monkeys tested this way, their brains showed a similar pattern to humans.

In Dr Watanabe’s words: “That suggests that there might be internal thought processes in the monkey.”

Monkeys are intelligent, tool-using animals that live in complex societies. They display deceptive and altruistic behaviours and can even make judgements about fairness.

So it makes sense that they have a degree of social intelligence, Dr Watanabe says, and might process ideas about “self”. 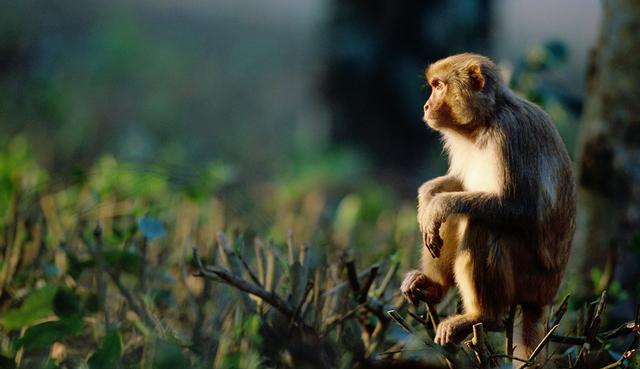 An Assamese macaque looks out onto the world (image: Manoj Shah / Getty images)

So monkeys do wonder it seems.

Dr Watanabe believes this discovery blurs the line between the cognitive ability of ourselves and other primates.

Monkeys don't use language as humans do, but people don' t need language to have internal thoughts either, he says.

This research makes me wonder exactly what these monkeys are wondering about.

“Since we have no way to know what kind of internal thoughts monkeys may have, we can only speculate that what they are thinking internally,” Dr Watanabe told me.

“It is possible that they are thinking about what occurred recently and what to do next, such as going out to have a dinner, or going to the next mating partner.”

For example, in Dr Watanabe’s experiment, monkeys were eager to obtain palatable fruit juice, given to them for performing a cognitive task. So the monkeys might have been thinking about the fruit juice which they were not allowed to consume while they were resting, but which they would get by performing the task.

However, “it is also possible that monkey’s internal thoughts are a kind of daydream,” says Dr Watanabe, intriguingly.