Oddballs: the midge that shouldn't exist 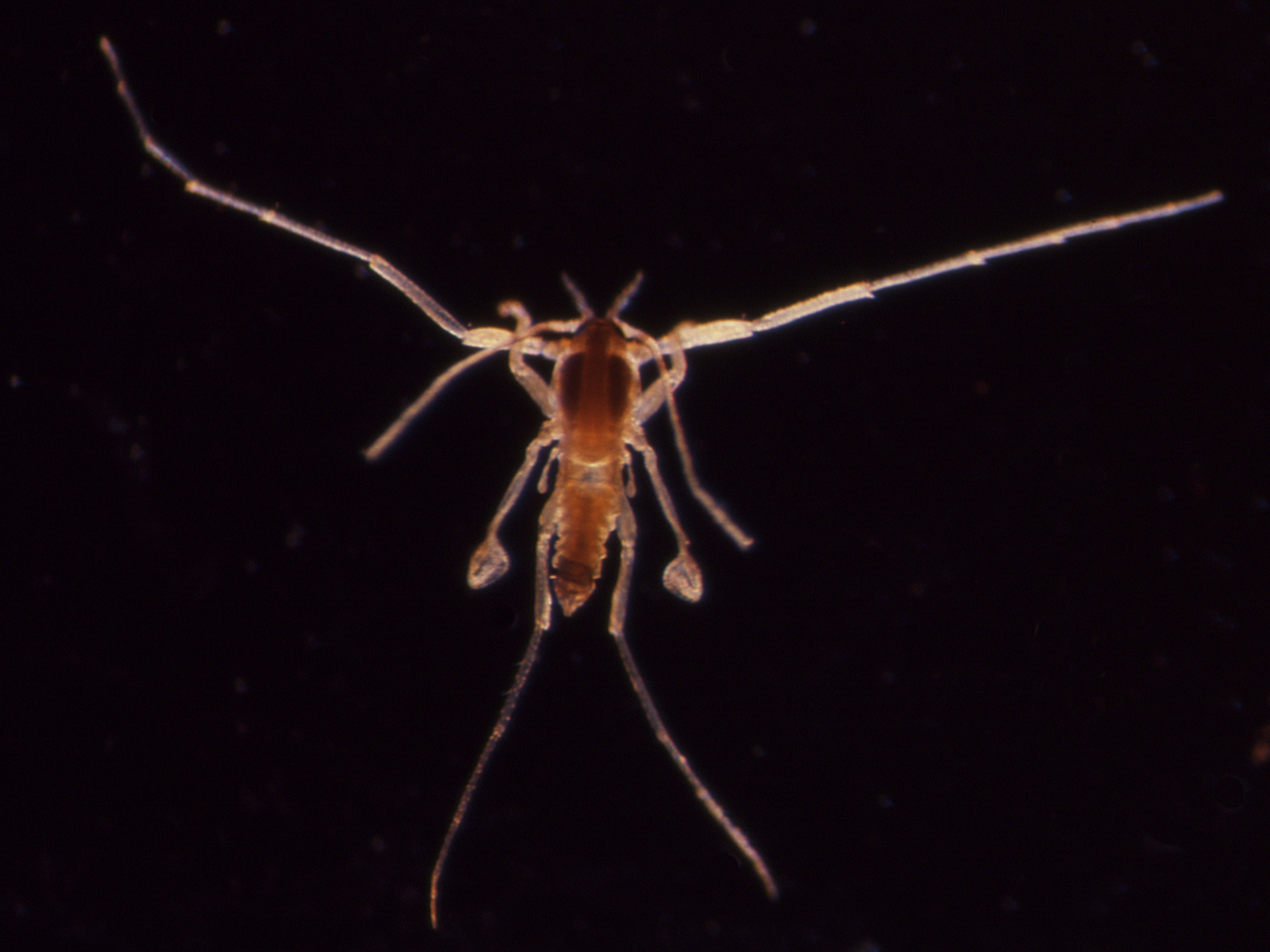 Some animals are so odd you have wonder at their survival.

Take the flightless marine midge Pontomyia. It isn’t new to science, though very little is known about it.

Nor is it unique in any single, stand out way.

Rather it is an animal that has such a bizarre life that it’s hard to imagine it really exists.

But exist it does, I’ve just found out. So please accept this invitation to sit back and wonder with me at some of the fascinating aspects of its life.

Let’s start with some headline facts: the flightless marine midge measures just 1mm long. Despite being a fly, it can’t fly. And male midges live their whole adult life in just one to three hours. Adult females don’t live anywhere near as long. Unlike almost all other insects, it lives in the sea, and no one can yet work out how it has managed to colonise islands thousands of kilometres apart.

The story of the discovery of the flightless marine midge is also an odd one.
It goes back some 85 years, when it was first found in 1926 by Patrick Alfred Buxton. There are some 5000 species of non-biting midge, but Buxton only came across Pontomyia when he caught some when out fishing.

Dragging his net across a lagoon to collect plankton, in Apia, Upola Island, Samoa, Buxton collected the midge at low or mid tide, shortly after sunset. At other times of the day, the midge seemed to disappear. Males placed in a beaker tried to swim, but Buxton never observed them skating across the water surface, leading him to declare the midge the first submarine insect known to science.

Little more was heard about the midge until the first detailed biological study was published in a rather obscure Japanese journal in 1932. The fly again disappeared until it was rediscovered by biologist Lanna Cheng in Enewetak Atoll of the Marshall Islands in 1975. 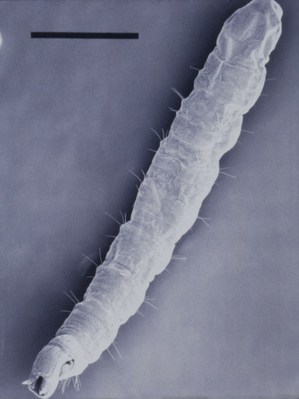 Lanna tells me another odd anecdote about this odd little fly. In the late 1970s she visited colleague John Collins of James Cook University in Australia, and announced her interest in these very elusive marine insects.

“He showed me what he thought were 'parasites' of his coral culture. It turned out that he had the only live culture of Pontomyia in the world.”

This serendipitous discovery led to establishing some captive cultures of Pontomyia for study.

Up until now I’ve referenced Pontomyia in the singular. There are actually five known species.

One is known only from a handful of adult females and larvae collected from the Carribean and Atlantic. It is yet to be given a formal scientific description.

A study of three of the other four species has just been completed by Lanna and Danwei Huang, both of the Scripps Institution of Oceanography at the University of California in San Diego, US. Both have kindly supplied the images of the fly and its larva, which are extremely hard to come by. Their study is one of the first scientific investigations of this odd little fly for decades. These midges live far away from their relative on the other side of the world, in the Indo Pacific Ocean.

Buxton initially collected Pontomyia natans (pontos for open sea and nyia for fly in Greek; natans for swimming in Latin), but it ranges from Japan in the north Pacific, to Australia and the Republic of the Maldives in the Indian Ocean. The other three species also range from Taiwan to Australia and Japan. All live fascinating lives.

Their larvae feed and live among algae or marine plants underwater, then the pupae float to the surface prior to emerging as adults. Males have more normal fly-like bodies, though they lack mouthparts, probably because there is no time to eat.

Some 20 minutes later, the females emerge. They lack a mouth, wings, antennae and walking legs. Completely immobile, the males have to drag them into the light. The two sexes mate, the females lay their eggs, then die. All within a matter of minutes. Within an hour or two, the males also die.

Considering their exceptionally short adult lives, the flightless midges have become masters at synchronising their appearance, using sunsets and sunrises to coordinate the emergence of the males and females. One species, P. oceana seems to live and die by the new and full moons.

But that can’t explain how a flightless, tiny, almost immobile blob-like fly, which has one of the shortest life spans of any insect, colonised islands thousands of kilometres apart.

One idea, seriously proposed, is that larvae dispersed on the backs of sea turtles.

Another is that they rafted on floatsam or algal mats that drifted across the seas.

However, Danwei Huang and Lanna Cheng’s new study, the first systematic review of the genus published in the Zoological Journal of the Linnean Society, suggests the species may have first split before the formation of Taiwan, and then further diverged between 11 to 26 million years ago, island hopping on rafts as they increased their range.

It’s this study that I have to thank for revealing these fabulous insights into such a weird and wonderful animal.

Danwei tells me that there is yet more to learn about these midges: their study has shown a remarkable range of genetic diversity among two of the species, suggesting that more previously unknown species may be waiting to be discovered.

It is the first such oddity I’ll report in this blog.

But it won’t be the last.

Let me know what your favourite weird creatures are and why. And let’s not forget Nature’s capacity to continually surprise.