This Blog is Now Closed

This blog is now closed. Thanks for all your contributions. 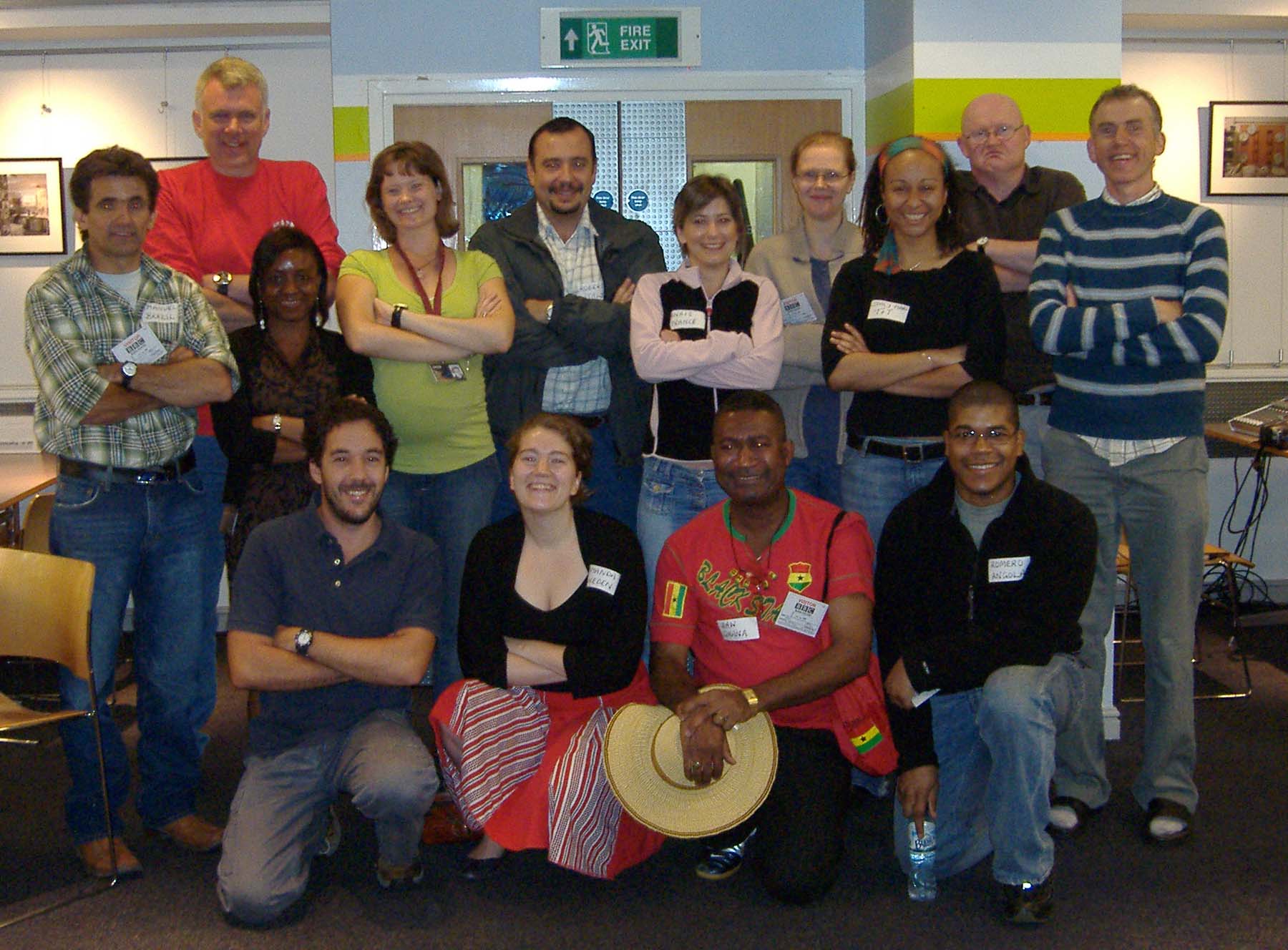 The last programme of our 30 day run and a little belter it was too (if i say so myself).
Take a bow William and Anais (France), Emanuel (Brazil), Yaw (Ghana), Stacy-Marie (T and T),Roberto (Italy), Stella (Netherlands),Amanda (Sweden) and Romero (Angola) who joined Mark in the plush surroundings of the Bush House restaurant for a rousing end to a great World Cup (and we still have the final to come).
Topics ranged from who didn't turn up ( Lampard, Ronaldinho and Ibrahimovic may wish to look away now) to what changes should be made for 2010 ("No Diving" signs on the pitch, three yellow cards before a sending-off (tho' Graham Poll has already started that one off) and refs from countries who didn't make the finals were among the suggestions) and abiding memories (the way the Germans did the whole thing with such passion and spirit was a favourite).
Thanks to all of you for your comments which were (in the main) complimentary and encouraging and it'd be nice to do it all again in South Africa in 4 years time.
Also, my thanks to Gill, Martin ("Tommy"), Vera and Peter for being a world-class team.

On the programme today we staged the talking World Cup. For France , Lucian,Nicolas and skipper Veronique took on Italy in the shape of captain Corrado, Barbara and Mimmo.
Possession and goals were given for the best points made.
The discussion ranged around Zidane, the respective passion of the fans, which country was a "proper" footballing place, which team was the fittest and it finished 2-2 at the end of extra time.
Italy scored an early penalty by pointing out that the average Italian makes love more often in a year than the average French person but in the end we wimped out and the programme ended with a 2-2 draw on penalties as well.
It was entertaining stuff and we can only hope tomorrow's match is too.

Last show for us too tomorrow- we've got some of our best fans coming into the Bush House canteen (how glamorous) for a World Cup breakfast. Please join us...

Time sure does fly when you're having fun. Only two games to go (and one of those doesn't really matter) before the end of Germany 2006.

So, France and Zidane did it. They proved all the critics wrong by qualifying for Sunday's final against Italy. And that is exactly what French fan Ian and Portuguese fan Victor joined us in the studio to talk about. And, once again, I'm Martin Vennard not Peter Van Dyk.

Well they were impressive last night weren't they? The Italians played with power and pace to upset the hosts and they weren't bad goals either. Food for thought for the French and the Portugese before tonight's other semi.
We had fans from all the four semi-final countries on this morning (and a few neutrals). Thomas- a Germany fan- described the mood in his country as one of "pride and disappointment" (which is more than England fans feel). pride because of the brilliance of the World Cup and the performance of their team, and the disappointment- well, that's obvious having come so far.
Two French fans (with precious tickets for the game) Gabby and Adrian- sparred with Alfredo (a Portugal fan) - and the tone of the conversation from the other fans suggests that Portugal are the least popular team still in it.
So tonight, we either say goodbye to Zizou or Figo , and it's fair to say they've been two of the players who've lit up this tournament. Which leads us to your Dream Team. If you could pick 11 players from all the 32 teams who took part who would be in it? Who would be in goal for a start...? -Lehmann, Buffon, Ricardo? and would you find room for Drogba, Rosicky, Klose, Hargreaves,Toure, Torres, Robben, Ronaldo or Tevez?
Let us know and we'll chew over your suggestions on Friday...

The men in black

Due to popular demand we talked about refereeing today and the text messages and phone calls flooded in to the programme, which played host to former English premiership referee Jeff Winter. We were also joined in the studio by another Yaw, not the Yaw who came to see us on Monday, but another Ghanaian, Yaw Adu-Larbi. By the way, this is Martin Vennard writing again and not Peter van Dyk, who is working on another project..

Continue reading "The men in black"

Red card or right on? 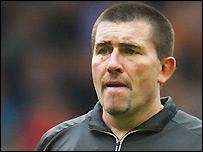 Since the first day of World Cup Have Your Say one issue has dominated your comments, emails and text messages. Referees. It seems most of you have an opinion - sometimes good but mostly bad - about the men in black.

The greatest sporting event on earth

Just what is it about the World Cup? Why does it inspire people to travel around Germany in a smelly campervan for a month throwing personal hygiene to the (down) wind? 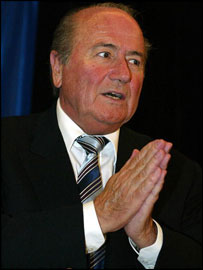 I don't know about you but some things have really got on my nerves during the World Cup. Nothing more so than players patting referees on the back after he's made a decison in their favour.

We thought it was about time we heard from the kids on World Cup Have Your Say.

Of course at the World Cup the closest kids get to the game is being mascots (no, I'm not talking about Theo Walcott), and I'm sure none of them are complaining, but we want to know what children think about football.

If like me, many of your early memories are of football matches, you'll remember the thrill of the crowds, playing your first game, the exotic countries you saw on tv at the World Cup. So how do today's children see the tournament, and the game of football?

A day without World Cup football. How did you survive. How will you survive - it's still more than 24 hours until the next game (but what a game!).

Here at World Cup Have Your Say, we're getting our footy fix by talking statistics. Shots, passes, saves, tackles - it's all recorded these days. But what can you really tell from all the information?

We're asking the experts, but in the meantime, here are some stats to get you going...

We held an African football summit on Thursday, with our resident Ghanaian, Vera Kwakofi, Nigerian and African football expert Osasu Obayiuwana, and Angola fan Romero all in the studio. We were also joined from the Ghanaian capital, Accra, by football journalist Durosimi Thomas. By the way, this is Martin Vennard writing and not Peter.

Ever wondered which team is top of the league in the alice band-wearing stakes? Or how about which striker has attempted the most long shots with his left foot?

First there were five and now there is one. Ghana is the only African team to make the last 16.

How to take part