Vote Les as our very own Poet Laureate?!

As speculation mounts about the next Poet Laureate, an unlikely candidate is emerging close to home. What may [or may not] have started as a little bit of fun now seems to be gathering pace such is the power of the web in connecting like-minded folk - with folk being the key word.

Could Wrexham-based folk hero, poet and [award winning] Welsh learner Les Barker [aka Mrs Ackroyd] really be in the running? 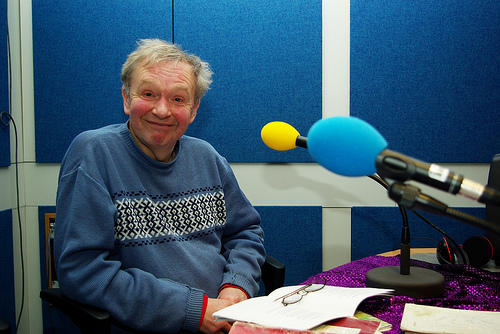 There's chatter on Twitter, a 700+ name petition on https://petitions.number10.gov.uk/ and they're even talking about him in Milton Keynes!

Meanwhile, in Devon the billing for one of his gigs next week reads: "Be prepared to laugh until you cry! Could he be the next Poet Laureate?!"

Whilst you make of that what you will, what does Les think about the idea?

www.folktalk.co.uk says: "Folktalk can exclusively report that Mr Barker's response to the petition was - 'Depends on the terms really. If writing nice things about the royals is part of the job description, I'm probably not the right man for the job. But if I have carte blanche until they realise it was a mistake, I could have a very good time for a day or two'." 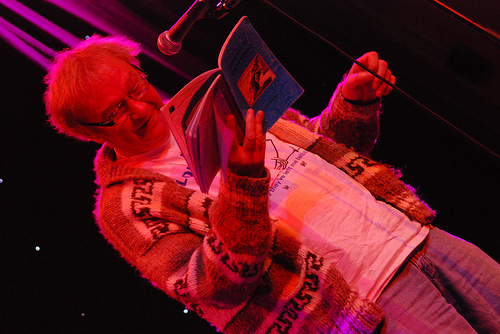 You can stay up to date with North East Wales Weblog via these feeds.