The season ticket booking form, with details of all the concerts and recitals, is now available for the 30th anniversary competition in 2013. You can download the form here.

You have until 8 February 2013, when applications start to be processed, to get your form to the box office at St David's Hall. Season ticket booking is only available by post.

If you can't attend all the events, you will be able to book tickets for individual concerts and recitals from 1 March 2013. Booking for these tickets will be available online, by phone or in person.

Unbelievably, in 2013 it will be 30 years since the Finnish soprano and now opera legend Karita Mattila won the very first competition. Following her win in 1983, she exploded onto the international scene, and has remained at the top of her profession ever since.

In the archive section of the website, you can remind yourself of her performance and those of many of the other 362 talented performers who have competed in Cardiff throughout the competition's history.

Karita Mattila was interviewed in 1991 about the doors that suddenly opened to her following her win – first Brussels Opera, then Vienna and the Met soon followed. You can watch her interview, which is also in the archive section. 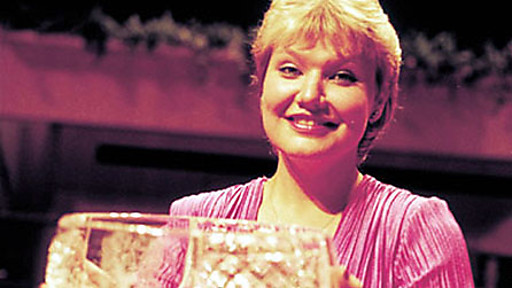 Valentina Nafornita, the Moldovan soprano who was both the choice of the 2011 jury and audience for two prizes, is on the same trajectory as Karita Mattila was following her win.

Prior to competing in Cardiff, Valentina's career had been confined to Romania, but after the competition she joined the Vienna State Opera, where roles she has performed include Musetta, Clorinda, Oscar and Gilda and recently returned from a tour of Japan with the company for Le nozze di Figaro and Die Zauberflöte. She has just made her debut at Teatro alla Scala, Milan as Gilda, under the baton of Gustavo Dudamel.

What has been the stand-out moment for you from the competition's first 28 years?

Let us know about the performance that made the hair on the back of your neck stand on end the most, and we will include as many as possible in our special history of the competition in the 2013 souvenir programme book. Remind yourself of some of the performances in the video archive section and email your thoughts to cardiff.singer@bbc.co.uk.

The competitors for 2013 are being auditioned in opera houses and conservatoires around the world at the moment. The shortlist revealing which 20 will sing in Cardiff next June will be announced in February next year and will appear on the competition website.