Marina blasts US label and calls herself a 'failure'

Despite a warmly-received début album, Marina And The Diamonds' Marina Diamandis has described herself a "a failure" and lambasted her American record label in an interview with Australian radio station Undercover FM. 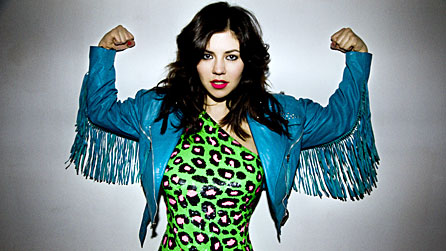 Marina And The Diamonds

Of 2010, she said: "It has been a big year but I feel more like a failure than a success. I haven't done anything I wanted to. For someone who wants to be one of the best artists of her generation I've done [nothing].

"The Americans, I absolutely adore my fanbase there, but it has been built purely on me and my online presence," she said. "The label [Chop Shop] haven't really promoted me I'm afraid. It's very difficult. It's not really the label's fault. The pop landscape there is so difficult to penetrate and as you go into this dance world now; dance music was quite underground for a long time in America but now because of [Lady] Gaga and people like that it has been brought back. You need to be in that pumping beats area and I am certainly not.

"I feel pissed off I'm not bigger."

Marina is currently working on the follow-up to The Family Jewels.