So, hopefully by now we've established that Barcelona is my new favourite place, and it wouldn't take much for me to seriously move there. However, the petty crime and passive smoking are still pretty galling so for now Wales is still my happy home, with brief flirtations here disguised as holidays. 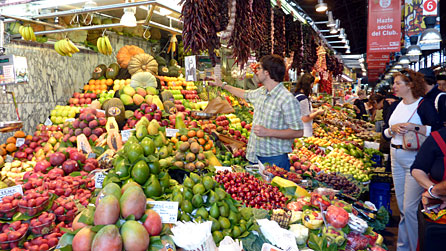 I'm back in Barca only a few week's after Primavera to taste the finest electronic music on the planet, with spectacular visual representations, the best DJs, producers and live acts at Sonar Festival 2010.

Sonar starts on Thursday afternoon in the incredible surroundings of the Modern Art Gallery, the MACBA. There are four stages, and plenty of ad hoc little performances, stalls, demos, and intriguing events all around. The first guy I watch is Fur Voice, an actor-turned-musician from Spain, with stunning custom made visuals, especially for the occasion. This is why Sonar works where many laptop/electronic gigs fail. The visual and sensory is vital to each show.

On we go with the afternoon, watching Professor Green, Speech Debelle, Pete Tong, but the day's highlight was live band Caribou, from Canada, who receive a rapturous response to the subtle building of their set, reaching elevation with the underground hit Odessa. It's a moment alright, and I've been addicted to listening to them since my return.

The day ended with an incredible set from Broadcast. For some reason they were being heckled by a large majority of the crowd, maybe due to the 'difficult' start to the set, definitely turning away loads of the Sonar crowd, before settling into a beautiful groove, of sonic and visual atmospheric wonder. 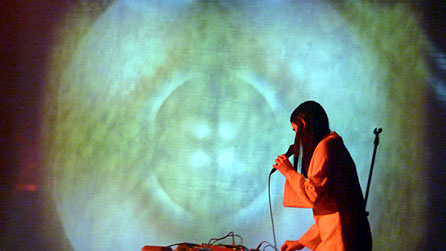 Friday at Sonar By Day

I arrive at the Village stage to catch BBC Introducing band Nedry blow away a Sonar crowd. Their music encompasses all elements of dance from techno to dubstep, and singer Ayu sampling and messing with her vocals just adds so much to the performance. She's charming, and eye catching too which helps. 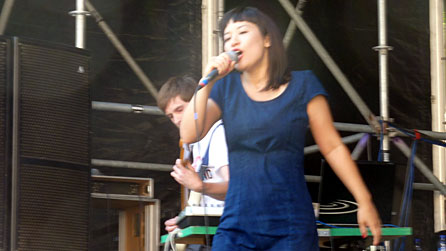 Nedry are one of the stand out performances from the whole festival, encompassing what Sonar is all about - new electronic music. Nedry are very exciting right now.

Downstairs in the dark Sonar Hall, another UK act are making some new friends. King Midas Sound, is a dark, menacing, loud, dubstep mash up of influences, with poet and Japanese singer bringing all kinds of levels to the show. 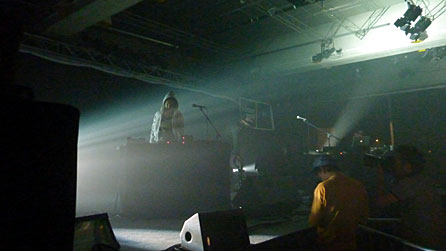 Sadly I miss my favourites Delorean, as I'm determined to fit in a siesta before the big night ahead.

Friday at Sonar By Night

We pile on the party bus from the bottom of La Rambla, Barcelona's main tourist trap, to the biggest warehouse type aircraft hangers, ready for the evening's rave up. Air are in full ethereal flow, all mellow beats, inane smiles, and lyrics that leave all the worries of the world behind.

Their light show is spectacular, and is a great way to kick off Sonar By Night. Next we run next door to catch some of Mary Anne Hobbs' DJing on her own hosted stage, followed by Joy Orbison, whose set is sadly ruined by an incessant MC with nothing to say.

Tonight's line up is so incredible I can't even go close to the furthest stage where one of my favourite bands, Hot Chip are taking to the stage because LCD Soundsystem are about to lay waste to all other shows. It's just the greatest show, the greatest band, the greatest frontman, the most incredible soulful songs, the best driving live rhythms, and the craziest crowd. I'm thrown about like a rag roll, but don't really notice, as I'm so transfixed by LCD tonight.

From here I catch some fun from Sugarhill Gang, who end up talking so much, they loose half their set! The evening ends with 2Many DJs, the Soulwax brothers who have the best audio visual set up of the night.

Each time they sample famous records, the sleeves themselves start dancing on screen. They are masters of the CDs, and simultaneously triggering the visuals - its amazing! With happy faces, and tired feet I head to bed at an ungodly hour!

Read about Saturday at Sonar 2010.