Nigel Pulsford is probably the most successful Welsh musician you've never heard of. He was the guitarist in Bush, the post-grunge band fronted by Gavin Rossdale, who sold 14 million albums in the mid-1990s. 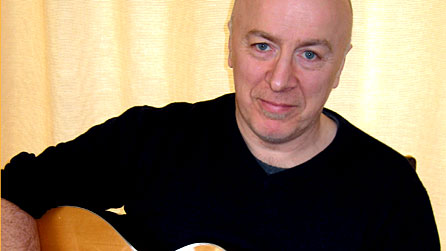 For rock fans in 1994, the opening riff to the debut single by the band, Everything Zen, was instantly recognisable, Pulsford graunching out a simple but effective fuzzed-up pattern that drove the song to massive popularity in America.

It was accused of musical plagiarism and of apeing the sound of Nirvana or Pearl Jam, but snooty criticism didn't affect the band as they played enormodomes and their music sold by the bucketload. No Doubt supported the band on an early tour and when their singer, Gwen Stefani, stepped out with Rossdale, they became tabloid fodder.

Not that - in great Spinal Tap fashion - her presence interrupted the band's dynamic. Pulsford says, "The Gavin and Gwen thing didn't really impact the band as she really took off later on. That's much more of a recent thing.

"Gwen wasn't a problem at all for the band. We'd known her for years as we met her when No Doubt were being looked after by Trauma records after they'd had some success with us."

Pulsford contributed his guitar to four Bush albums before leaving in 2002 and we caught up with him to reminisce about his time in the band.