The story of Corona pop

From the 1920s through to the end of the 1980s the sight and sound of the Corona pop man meant delight for thousands of children across the whole of Britain. It was a Welsh success story that has gone down in legend and remains an important part of the country's social history. 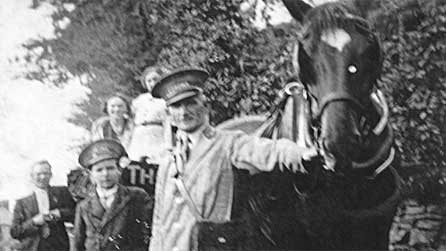 Corona drinks were for so many years, delivered to the doors of houses across the land, first by horse and cart and then by lorry. And it all began with a small factory in Porth at the foot of the Rhondda valleys.

The pop - carbonated beverage to give it the correct name - was produced by the Corona Soft Drinks Company, a firm that had been created by two Rhondda grocers, William Evans and William Thomas. The original factory opened in the 1890s under the name of Welsh Hills Mineral Waters, the name Corona only being adopted in the 1920s as the company expanded its range of activities to include all of Wales and many parts of England.

The firm had its origins in the temperance movement that was so strong in Britain during the final years of the 19th century. The Rhondda Valleys at this time were in the grip of the "coal rush." They were full of coal mines and the pubs of the region did a thriving business as men, after a day down the pit, were desperate to quench their thirst. As a result drunkenness was rife.

Grocers Evans and Thomas from Porth were determined to find an alternative drink for the miners. They had already been introduced to soft drinks by a peddler from west Wales - artificial carbonated mineral water had been first produced by Joseph Schweppe in Switzerland in the 18th century and so it was not a new invention. The problem had always been how to keep the fizz in the bottle.

To begin with manufacturers simply hammered in a cork and wired it tight - a solution that was only partially successful. But then American Hiram Codd invented a revolutionary new system. It involved fitting each bottle with a glass marble, a rubber washer and a swing top that forced the marble into the neck of the bottle, so forming a tight seal. The rest, as they say, is history.

After visiting several manufacturers of carbonated mineral waters - in order to see how it was done - Evans and Thomas were ready for business. Their Porth factory was equipped with state of the art machinery in order to bottle the liquids and to clean empty bottles. But although the factory soon became a local landmark, sale of the fizzy drinks had little effect on drunkenness. And so it was decided that the product should be sold, door to door. 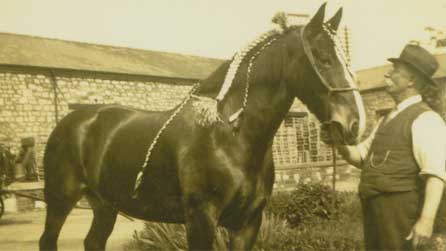 Over 200 salesmen, each driving a horse and cart, were soon operating across south Wales. They sold a wide range of drinks, starting with the original orangeade and then moving on to others such as limeade and cherryade. More exotic flavours such as American cream soda and dandelion and burdock were soon added to the list.

The fizzy drinks may not have stopped drunkenness but they were hugely popular with all sections of society. And they had an immediate appeal for children who were soon drinking large quantities of the product. Parents soon learned that it was best to ration the distribution of the gassy liquid.

Money back on the bottle

The glass bottles in which the pop was sold were a valuable commodity and, from the beginning, the company operated a system of 'money back on the bottle', thus ensuring that generations of school children would augment their pocket money by collecting discarded bottles and turning them in to shop and door to door sellers.

The door to door deliveries proved so successful - though they did little to reduce drunkenness - that further factories were opened in places such as Pengam, Maesteg and Bridgend. By 1934 the Porth depot alone was operating 74 motor vehicles - three years later there were over 200 vehicles.

The outbreak of World War Two caused the company some disruption with lorries - and drivers - being commandeered for war service but soon after 1945 things were back to normal and the Corona pop man was back on his rounds.

William Evans, the guiding force behind the company, died in 1934 but the company continued to expand with his brother Frank assuming control. By the end of the 1930s over 170 million bottles of Corona pop were being produced each year - and most of it was sold by the delivery man who came each week to people's doors.

The Corona company was bought out by the Beecham Group in 1958 and was transferred to Britvic in 1987. The Porth plant closed the same year and the old factory was converted into a music and recording studio. The link with Corona was maintained when, in 2000, the studio was christened The Pop Factory.

The fizzy drink continued to sell, and its advertising slogan "Every bubble's passed its FIZZICAL" was seen on television and chanted by children for many more years.

With the advent of supermarkets, however, the need for door to door delivery gradually dropped away. By the end of the 1980s they were a luxury and like the milk, bread and fish vans that had plied their trade around the streets for years, the Corona delivery man was soon a thing of the past. It didn't stop the sale of the product, it just meant that the personal door to door touch had gone.

The Corona pop man remains a part of Welsh social history. Thousands of men and women remember with affection the clinking of those glass bottles on the backs of the lorries and, above all, the expectation as they hurried home from school, of the delivery of yet another bottle of dandelion and burdock. It was an essential part of childhood.

Feel free to leave a comment! If you want to have your say, on this or any other BBC blog, you will need to sign in to your BBC iD account. If you don't have a BBC iD account, you can register here - it'll allow you to contribute to a range of BBC sites and services using a single login.