If there is one name or character from legend that most Welsh children have heard about, it is that of Twm Sion Cati. 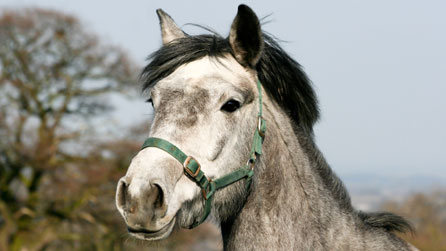 In book, in comic strip and on television, he has been represented as the Welsh Robin Hood, a fabulous trickster and adventurer and yet, like Robin Hood, it is doubtful if the man ever actually existed.

According to legend, Twm was a man who led a double life. By day he was the respected and respectable Thomas Jones, a gentleman farmer and land owner who collected antiquities and old manuscripts and who loved nothing better than studying his family tree and that of other notable families in and around the Tregaron area of Ceredigion.

By night, however, legend declares that Thomas Jones became the redoubtable and fiendishly clever outlaw and highwayman, Twm Sion Cati. And that, really, sums up all that is known about one of the most famous of all Welsh heroes. The rest is just legend and fantasy.

Twm was supposedly born in about 1530 at Tregaron. His mother was Cati Jones, his father Sion ap Dafydd ap Madog - hence the nickname by which he is always known.

A Protestant, he had to flee Wales - so the legend goes - when Bloody Mary became Queen of England and lived in Switzerland until he was able, on the accession of Elizabeth, to return to his homeland in 1559.

Quite why Twm - or Thomas Jones - should have become an outlaw is not known. However, he supposedly had a hideout in a cave overlooking the river between Tregaron and Llandovery. Here he kept the spoils of his night-time activities but, hardly surprising, the cave has never been located and the treasure remains untouched.

Tales of Twm Sion Cati were, at first, passed on orally until, in 1763 an anonymous English language pamphlet entitled "Tomshone Catty's Tricks" was published.

The best known book about Twm, however, remains T. J. Llewelyn Prichard's "The Adventures and Vagaries of Twm Sion Cati" which came out in 1828. The book was also later published in Welsh. It set the ground rules for the numerous stories about Twm and most of the later retellings of his adventures are based on this little publication.

The writer and naturalist George Borrow encountered an old drover in the area around Tregaron in 1854. At that time Borrow was walking the countryside and researching for his famous book "Wild Wales."

At that stage Borrow had not heard of Twm, or the legends surrounding him, but according to the drover Twm Sion Cati was an exceedingly clever thief who died a rich man, mayor of Brecon and loved by everyone who knew him. Borrow duly wrote about the incident and about Twm Sion Catti in his book.

Like Robin Hood, the stories of Twm Sion Catti are many and varied. According to one well known tale he once stole a fine chestnut horse from a farmer named Powell. Twm then painted the animal grey and sold it back to the farmer - who didn't uncover the crime until rain washed the paint off the horse!

In another adventure a shopkeeper tried to cheat him by selling him a pot with a hole in it. Twm simply dropped the pot over the man's head, saying that there surely was a hole in it - how else could he have fitted such a huge and stupid thing as the shopkeeper's head inside it?

All cultures need legendary figures such as Twm Sion Cati. England has Robin Hood, Wales has Twm. To prove their existence, one way or another, would be an impossible task. And anyway, as most children would agree, discovering the truth would only spoil a good story.