The history of Whitchurch Hospital in Cardiff

Most people in Cardiff know of Whitchurch Hospital. The huge and elegant buildings lie alongside one of the main roads into the city and, while many of those who come to Cardiff to work or shop may never have entered the place, they will certainly have seen the buildings from the upper deck of their bus or from their cars. 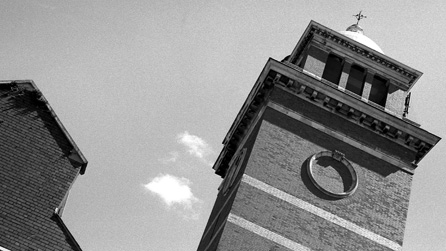 The idea for Whitchurch Hospital, formerly the Cardiff City Mental Hospital - or Cardiff City Asylum as it was sometimes known - was first mooted at the end of the 19th century.

Even though it did not formally open until 1908, Whitchurch was undoubtedly a product of Victorian Age thinking and medical practice. Arguably this is something from which it has suffered ever since.

There was very little provision for people who were mentally ill during the early part of the 19th century, mental illness being closely associated - in the minds of the general public - with poverty and crime. The wealthy could afford to hire doctors or nurses for members of their family who had mental health problems, could even place them, if necessary, in private hospitals or asylums.

For the poor, however, there was little provision - just a small scattering of public hospitals or, inevitably, the workhouse. As the Industrial Revolution changed the make up of society the problem of vagrancy and of paupers with significant mental health problems became significant. As a result county asylums were created, places where "pauper lunatics," as they were known, could be conveniently herded - and forgotten.

Cardiff saw an enormous rise in its population as the 19th century unfolded. In 1851 it was 18,351 - 20 years later that figure had risen to nearly 40,000. Inevitably there was a growing need for mental health provision.

By the closing years of the century there were 476 Cardiff residents "boarded out" in the Glamorgan Asylum, and a further 500 to 600 being held in hospitals in places as far away as Chester and Carmarthen. The need for a specific provision, for the town of Cardiff alone, was clearly apparent.

Whitchurch Hospital took 10 years to build and cost nearly £350,000, an amazing sum of money for those days. The main hospital building covered nearly five acres and was designed to accommodate 750 patients.

Banded brickwork and the 150 foot water tower dominated the site which consisted of 10 hospital blocks, five for men and five for women. A self contained farm was to be an important feature of the hospital, providing food and therapeutic work for patients.

There was much controversy over this farm, which was originally intended to cost some £4,000. The plan was castigated in the Welsh press, with cartoonists in particular having a field day. The proposed plans were soon altered and the cost reduced to £2,000.

The first medical superintendent was Dr Edwin Goodhall and the first patients arrived at the hospital on 1 May 1908. By the end of June more than 600 patients, mostly male but a large contingent of women as well, had been admitted.

Within a few years Whitchurch Hospital had acquired a remarkable reputation at the forefront of mental health care. This was down to the quality and commitment of the nurses and medical staff and, in particular, Dr Goodall. Concern for the welfare of patients went beyond simple custodial care and there was a very real desire to help people with their problems and, if possible, to assist them in taking a place in society, however limited that involvement might be.

During World War One the hospital was run by the military as a general medical and surgical institution, its patients having been disbanded to other mental hospitals around the area. In 1919 things returned to normal, patients returning from their enforced stays elsewhere.

During the 1930s the hospital constantly received good reports, a high proportion of the nurses being qualified in both general and mental health nursing. Until the late 1930s, however, those nurses worked a 60-hour week, living in the hospital where their private and social lives were stringently governed and controlled.

Research into the causes and treatment of mental illness was always a part of Dr Goodall's programmes, and Whitchurch was well equipped with laboratories and research equipment. The number of patients discharged from Whitchurch was better than almost every other similar institution in Britain, and after-care was equally as important to Goodall and his team.

During World War Two part of the hospital was again in use by the military. Eight hundred beds were handed over to the military, making Whitchurch the largest emergency services hospital in Wales.

Unlike World War One, 200 beds were retained for civilian mental health patients. Over the six years of conflict British, American and occasionally even German soldiers were treated there for wounds and for the psychological trauma of modern warfare.

On 5 July 1948, however, the hospital was taken over by the Ministry of Health as the National Health Service came into existence. The hospital continued to be well-used throughout the 1960s and '70s, even though many were now questioning the viability of large, outmoded institutions such as this.

Care in the community was considered preferable in many cases and, as a consequence, Whitchurch came to be seen by many as little more than a last ditch resort where containment was more important than care and treatment. It was an emotive point and the hospital retained many ardent supporters. Even so, it was clear that the physical environment - perfect, perhaps, in the 19th century - was somewhat limited for modern medical needs.

In the early years of the 21st century plans were made to close the old hospital with its echoing corridors and looming shadows. A combination of day care, specialised provision at nearby Llandough Hospital and a small, purpose-built set of wards on the site of the old Harvey Jones Adolescent Unit would be in the best interests of patients and staff.

However, financial restrictions prevented the plans from going ahead and, for the moment at least, Whitchurch Hospital survives. It has a wonderful history - the task now is to make sure the future is equally as impressive.

Phil Carradice is lead writer for the Whitchurch Project a creative writing project that encourages the production of people's written (patients, ex-patients and staff) and oral memories relating to Whitchurch Hospital.