Like most other parts of Britain, Wales has long had its own Christmas and New Year traditions, practices and superstitions that have now largely died out - which is something of a shame as they are fascinating examples of social history. 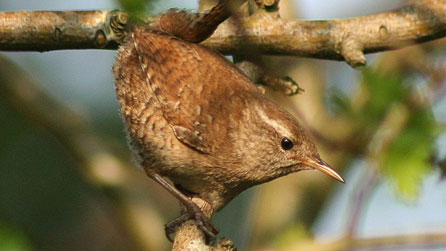 In the days before Christmas it was always customary to decorate your house with huge swathes of mistletoe and holly.

Mistletoe was supposed to protect the family from evil while holly was there as a symbol of eternal life. When you consider that mistletoe had always been regarded as the sacred plant of the ancient druids it is not too difficult to see its importance as a symbol for people living in isolated parts of rural Wales.

The old Welsh custom of plygain has now totally died out. It was an early service in either church or chapel, sometimes beginning as early as three in the morning. At this service men - always men, never women - would sing Christmas carols for three or four hours, unaccompanied and in three part harmony.

Whilst waiting for plygain to begin families would occupy themselves in Taffy making.

Toffee would be boiled in pans over the open fire and then, when it was almost cooked, huge mounds of the toffee would be dropped into ice cold water. The moment it hit the water the "Taffy" would curl into strange and unusual shapes. Some of these shapes closely resembled letters and were thought by younger family members to indicate the initials of any future love.

One less than palatable tradition on Boxing Day was that of holly beating. Boys and young men would take sprigs of holly and roam the streets looking for young women. When they encountered them they would hit out at their arms and legs, beating them with the holly - sometimes until their victims bled.

One variation of this violent tradition - which probably had its origins in the scourging of Christ on his way to the cross - was for the last person out of bed on Boxing Day morning to be beaten with the holly sticks. Thankfully, for all concerned, this tradition seems to have died out towards the end of the 19th century.

As with Scotland, the tradition of "first footing" was always important in Wales. There were differences, however. If the first visitor across a Welsh threshold was either a woman or a red haired man it was considered terribly unlucky for the household.

Another important Welsh tradition in the Victorian Age was to never lend anything on New Year's Day. A person's behaviour on that auspicious day was usually considered to be an indication of the way they would conduct themselves for the rest of the year.

The most renowned of the New Year traditions in Wales, however, was that of the Mari Lwyd, the phrase meaning the Grey Mare.

There have been attempts to revive the tradition in certain parts of the country - not entirely successfully. The Mari Lwyd was a horse's skull covered with a white sheet and ribbons. It had false ears and eyes and was carried on a long pole.

Gangs of men and young boys would carry the Mari Lwyd from door to door. They had usually consumed copious amounts of alcohol and the procession would be accompanied by a growling cacophony of noise.

When a door was opened the householder would be assailed by poems and insults - in Welsh - and to this they were expected to reply in like form. When the verbal battle had been won or lost the Mari Lwyd and her followers were invited inside for yet another drink.

In the 19th century the churches and chapels began to object to the violence and drunkenness that invariably accompanied a visit from the Mari Lwyd and, gradually, the singing of carols began to replace the poems and insults. There are many who say this "watering down" of the tradition led to the eventual demise of the Mari Lwyd.

Calennig is another Welsh custom that died out at the end of the 19th century. From dawn until dusk on 1 January small parties of boys would pass from house to house in the village or town, carrying twigs of evergreen plants and cups or jugs of water. They would use the twigs to splash water at people and, in return, would receive the calennig - small copper coins.

Christmas, of course, did not end until Twelfth Night and in Wales the custom of hunting the wren was something that took place on this last night of festivities. Men would catch a wren, put it in a wooden box and carry it from door to door. Householders would then pay a penny for the privilege of lifting the lid of the box in an attempt to see the tiny bird.

These days there are very few traditions that have survived. Time, of course, changes everything and many of the old customs were politically very incorrect. Yet they remain an important part of our history.