A Turning Tide at the Mission Gallery, Swansea

A new exhibition featuring dramatic photography of the Welsh coastline by Aled Rhys Hughes has gone on show at the Mission Gallery in Swansea. 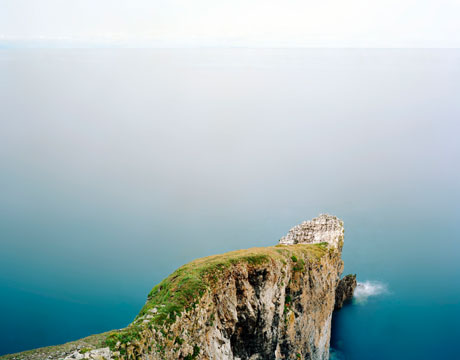 Hughes' photography was featured in the 2008 book Rhyw Deid yn Dod Miwn. The project was a collaboration with the late poet Iwan Llwyd, as both were commissioned by Welsh publisher Gomer to interpret the Welsh coastline in their respective artistic mediums of photography and poetry.

The book, which won the award for best pictorial book at the Welsh Book Council Trade Awards in 2010, presents an arresting and revealing look at a landscape which should be familiar but, when perceived through the artist's lens, uncovers exciting and unexpected vistas. 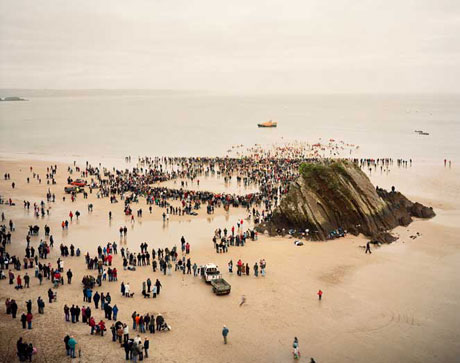 Poet, musician and literary critic Llwyd died suddenly in May this year at the age of just 52. He won the National Eisteddfod Crown in Rhymney Valley, south Wales in 1990 for his collection Gwreichion (Sparks).

In 2006 Hughes was awarded the Gold Medal for Fine Art at the National Eisteddfod in Swansea, for his photographs of the Black Mountain entitled Farewell Rock.