The Brecon Beacons is an area I know well, having walked virtually every square metre of its mountains, woodlands and rivers during my 15 years with the RSPB and 17 years working in the media, but it's a place that always holds a few surprises.

Most visitors will head for the major tourist attractions such as Pen-y-Fan or the town of Brecon, but the National Park has so much more to offer.

Here are my 10 must-see locations in the Beacons.

1. Llanthony Priory This partly ruined priory dates back to around 1100 and is situated in the stunning Vale of Ewyas on the eastern edge of the park. Having barely survived several attacks by Owain Glyndwr, it never recovered from Henry the Eighth's dissolution of the monasteries in the 16th century. 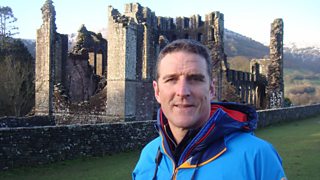 The ruins of Llanthony Priory

2. Capel-y-Ffin The beautiful little chapel that gives this hamlet its name is dedicated to St Mary and dates back to 1762. Lying on the banks of the River Honddu, it is surrounded by the high tops of the Black Mountains.

3. Brecon Mountain Railway This is one of Wales' ‘great little trains' and runs 5.5 miles from Pant Station near Merthyr, through Pontsticill and on to Torpantau on the old abandoned Brecon and Merthyr line. On a sunny summer's day, the views are outstanding!

4. Llangorse Lake This is the largest natural lake in Wales and is famous for its coarse fishing, water sports and crannog, an artificial island dating back to the 9th century that was used as a dwelling. The lake is also excellent for wildlife and supports healthy populations of water voles, reed warblers and hunting hobbies.

5. Monmouthshire and Brecon Canal This 35-mile canal runs along the Usk Valley for most of its length and although originally built to carry coal and iron, today its rural character and tranquility attracts thousands of tourists each year. It's also a great place to see the elusive otter. 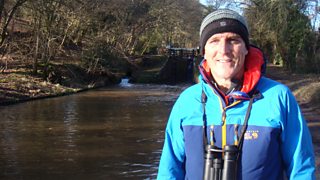 6. Mynydd Illtyd This area of common land is conveniently situated adjacent to the Brecon Beacons Mountain Centre near Libanus. It makes for excellent low-level walking with an abundance of wildlife, and excellent, home-made food at the Mountain Centre cafe makes for a perfect end to the day.

7. Llyn y Fan Fach A small dammed lake on the northern edge of the Black Mountain, Llyn y Fan Fach is surrounded by the high peaks of the Carmarthen Fans and is steeped in Welsh legends. The walk up to the lake along the River Sawdde and on to the high tops is one of the most picturesque walks in the whole of the Beacons. 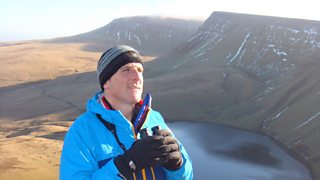 8. Sgwd Henrhyd Henrhyd waterfall near the village of Coelbren is the tallest waterfall in south Wales. A lovely walk leads from the car park above the falls down the wooded Nant Llech valley. Henrhyd is best viewed after heavy rainfall and is a photographer's dream.

9. Beacons Way This 95-mile walk follows most of the high ridges from the Skirrid in the east to the small village of Bethlehem in the west. A recently-devised linear walk, it has become very popular with walkers from all over the world.

10. Pen-y-Fan Okay, so this is probably the best-visited site in the whole of the Brecon Beacons, but 250,000 visitors a year can't be wrong. At 886 metres (2,907 feet) above sea level, it is the highest peak in southern Britain and the 360 degree panoramic view from the top is absolutely spectacular.

A fresh and frosty week but not as wet!