Have you ever thought where Mount Everest got its name from? It was actually named after the Surveyor General of India who, incidentally was a Welshman. 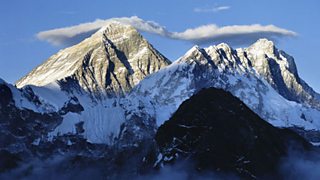 The highest mountain in the world was named after a Welshman

George Everest was born at Gwernvale, Crickhowel in Powis on 4 July 1790. Early on in his life he decided on a career in the military and, once schooling was over, he joined the Royal Artillery

In 1806 he went to the Military Academy at Woolwich where he excelled at maths and, in particular, at trigonometry. Studies complete, Everest took ship for India, which was then the most valuable possession in the British Empire.

Sir Stamford Raffles, the creator of Singapore, selected Everest to take part in the reconnaissance of Java. This lasted from 1814 until 1816 and the young officer then took up the most important and influential post of his life.

He became assistant to Colonel William Lambton who was about to begin the great Trigonometric Survey of India. It was a mammoth task that, with the primitive theodolites (a precision instrument for measuring angles in the horizontal and vertical planes) and other equipment then available, was expected to last many years. In the event it took 25 years and Lambton died long before the survey was complete.

When Lambton died in 1825 George Everest succeeded to the post of Superintendent. Five years later, with the survey still underway, he was made Surveyor General of India.

Everest was always an innovator and during his time on the survey as Surveyor General of India he made many modifications and alterations to the equipment used. He also engaged a man called Henry Barrow and had him appointed to the post of instrument maker for the Sub Continent - a highly important role as now, for the first time, theodolites could be repaired in situ, without having to be sent back to Britain.

For years the survey ground on with Everest and his colleagues tramping over miles and miles of desert and jungle. The terrain caused huge difficulties and the climate exacted a terrible toll on them. At one point Everest himself fell ill and the survey had to be suspended for a while but with dogged determination, he was soon back on the job.

Finally the task was completed, the longest trigonometrical survey ever attempted. In 1843 George Everest gave up his post as Surveyor General and came home to a well-earned retirement. He became a Fellow of the Royal Society and in 1861, in recognition of his invaluable service, he received a knighthood.

In 1862 he was elected Vice President of the Royal Geographical Society but a few years later, on 1 December 1866, he died peacefully in his bed and was buried at Hove, near Brighton.

One of the most interesting facts about George Everest is that, in all probability, he never once laid eyes on the mountain that was named after him.

When he retired, Everest was succeeded as Surveyor General of India by Andrew Waugh. Exploration of the Himalayas was still in its infancy and within a few years the huge bulk of what was soon to become Mount Everest was discovered.

Waugh and others believed that it had never been seen before and was certainly not named - not by the British, perhaps, but the Tibetan and Nepalese porters in the region all had their name for it.

It hardly mattered to the members of the Raj. A British name was required and, in honour of the man who had completed the Great Trigonometric Survey of the Sub Continent, Waugh suggested that the name Everest should be used.

Sir George Everest protested. He had never been one to court fame. But his objections were over-ruled and it became Mount Everest. Attempts to climb this, the highest mountain in the world, began shortly afterwards.

Interestingly, the first Welshman to climb Mount Everest, like Sir George, also came from mid Wales. He was Caradog Jones, a renowned figure in the climbing world, who Sir George Everest would have been proud of.

Phil Carradice will be on the Roy Noble Show on Tuesday 14 June, from 2pm on BBC Radio Wales to chat with Roy about Sir George Everest.