At the beginnng of September, BBC Wales History was lucky enough to be able to attend a tour around Hut 9 Island Farm, Prisoner of War Camp, Bridgend. This Welsh World War Two treasure was open for one weekend as part of the Open Doors architecture and heritage initiative.

Island Farm POW camp has a remarkable history as it was the scene of the largest escape attempt by German POWs in Britain during World War Two. 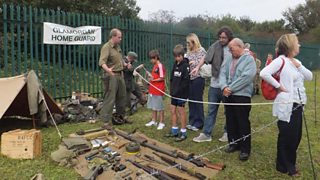 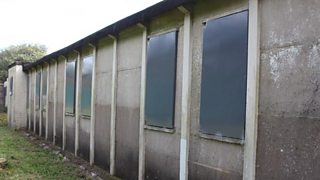 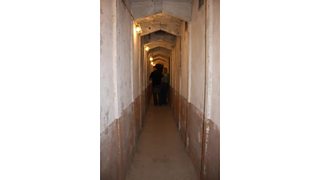 “Hut 9 was saved only because it was listed in 1990, saved not for its architectural merit but for its historical significance, being the site of a daring escape by 70 prisoners of war in March 1945.

“The site was originally built to house mainly women munitions workers from the local armaments factory, the largest factory at the time in Britain employing 40,000 workers.

“The women however had other ideas, and despite the long and arduous journeys, preferred to be bussed in every day rather than leave their families. Immediately after the war the camp was used to house Hitler’s top generals and advisors in the months leading up to the Nuremburg war trials.

“The most recent inhabitants of the site however, were not invited, and are showing no signs of wanting to leave.

"In 2004 after a spate of vandalism that left the building with most of the window panes smashed it was decided to board the windows up. This made the building the perfect ‘des res’ for a roost of lesser horseshoe bats, who found the dark dry building ideal accommodation from spring to early autumn."

For one weekend at the start of this month, Hut 9 was open to visitors as part of the Open Doors initiative. 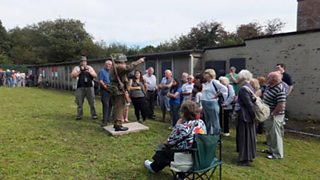 Over 650 people visited the building, some coming from as far as Surrey and Cardigan.

Visitors had the opportunity to to view over 20 wall paintings (some of which were rather saucy!), removed from the rest of the site prior to demolition, which have not seen by the public in nearly 20 years. 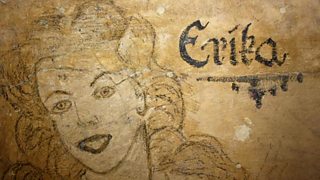 Erika. Drawn by a German POW 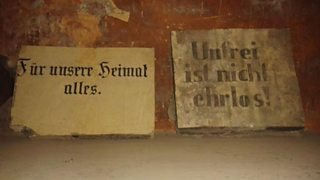 Volunteers from the 1940s Museum in Swansea and a local re-enactment group also helped to bring the building to life, as visitors were able to listen to local experts talk about the history of the POW site. 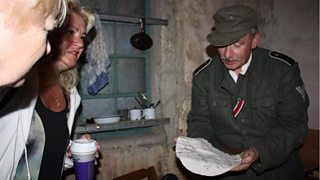 Maps were drawn on handkerchiefs

A peak at the infamous escape tunnel, which remains in tact to this day, was also part of the tour. 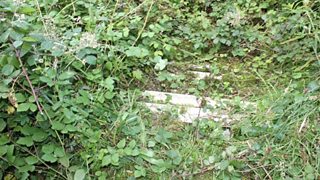 An app that allows people to explore a Welsh Prisoner of War (POW) hut has recently been released.

As well as telling the history of the Island Farm POW camp, the app for iPhone and iPad, includes interviews with those who remember the camp shortly after the war, and contains simulations of the escape tunnel and what it would have been like to be a prisoner of war. 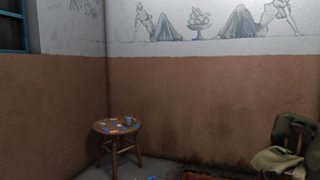 Find out more about the Island Farm, Prisoner of War Camp. To find out about more places that you can visit through Open Doors take a look at the calendar of events.

Da Vinci in Wales: genius, madness and all things profane