At the mighty Pembroke Castle in west Wales on 28 January 1457, the only Welshman ever to become king of England was born. 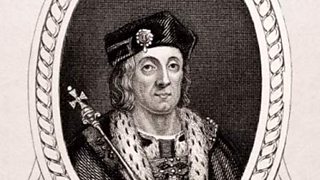 The man in question was Henry Tudor, who ruled for over 20 years as Henry VII and, perhaps more importantly for the history of this country, founded the Tudor dynasty which effectively created modern Britain.

He came to the throne at a troubled and chaotic time but in his 23 years at the helm he brought peace and stability to a realm that, for 30 years, had known only bloodshed and mayhem.

Henry's grandfather came from Ynys Mon - Anglesey, as the English knew it - and had served with honour and bravery in the French wars with Henry V. He fought at the Battle of Agincourt alongside the young king and was well respected by the royal family. Indeed, legend declares that he secretly married Henry's widow Catherine some time after the king's untimely death. His son, Edmund, was later declared legitimate and made Earl of Richmond in 1452.

The years after the death of Henry V saw the eruption of the Wars of the Roses, the great baronial houses of York and Lancaster fighting for control of the country and the throne. The trouble lay in the person of the new king, Henry VI. He was, initially, under age but when he did take over the trappings of kingship he was soon revealed as a weak and unstable leader who might well have had problems with his mental health.

With both York and Lancaster vying for control of the king - and therefore the right to rule or run the country - this was a period of confusion and terrible destruction. Battle followed battle, execution followed execution, with first one side, then the other, achieving superiority.

Henry Tudor's father, a Lancastrian, was heavily involved in the campaigns and the fighting. He was eventually captured by Yorkist forces and died at Carmarthen some three or four months before his son was born.

Edmund's brother, Jasper, Earl of Pembroke, then became protector of Edmund's widow, the 13-year-old Margaret Beaufort. She was ensconced in Pembroke Castle, the strongest and most prestigious castle in the country, and there she gave birth to Henry.

When the Yorkist Edward IV came to the throne in 1461 Jasper Tudor was forced to flee, taking sanctuary on the continent. William Herbert was given control of Pembroke Castle and the young Henry lived in his household until 1469. When, thanks to the wiles of Warwick the Kingmaker, Edward was briefly deposed and Henry VI returned to the throne, Jasper also came back, bringing the young Henry to court with him.

It was a brief sojourn as Edward was soon back in control and Jasper - and Henry - were forced to flee once more. Henry spent the next 14 years in exile in Brittany, albeit as the last and most significant opponent of the Yorkist cause. He made one attempt to invade but this failed dismally. And so, in 1485, it was with a degree of trepidation that Henry decided on a final throw of the dice.

Backed by a small force of French soldiers he landed at Mill Bay in Milford Haven and called all of Wales to rally to his banner. By now Edward had died and his brother Richard had seized the English throne. He was not unduly popular in Wales and so many noblemen and foot soldiers did quickly join Henry's growing force, notably the king's main officer in this part of Wales, Sir Rhys ap Thomas.

Legend and fact do blur somewhat at this time. There is a wonderful story of Sir Rhys - who had sworn to the king that Henry would land only "over my body" - lying under a bridge so that Henry could march his army over his prostrate form and thereby keep his word. A great story - but probably only that, a story!

Henry Tudor duly defeated Richard at the Battle of Bosworth Field and established his dynasty. During the build up to the battle he had unashamedly played on his Welsh origins, making great capital out of the old Welsh story of Y Mab Darogan - the son of prophesy - who, people believed, would lead the Welsh out of oppression. He, Henry claimed, was that man.

Yet once he became king Henry neatly turned his back on Wales, leaving the control and governance of the country to men like Sir Rhys ap Thomas. Again, it is only a story but many believe that Henry's old nurse at Pembroke Castle, the wife of Philip ap Howell of Carmarthen, actually taught him to speak Welsh. He certainly remained fond of her and when he became king one of his first acts was to award her a pension. It was something of a shame that he did not think so highly of the country of his birth.

Yet Henry's main concern was to bring stability and peace to all of Britain so it is perhaps understandable that Wales, safe in the capable hands of Sir Rhys ap Thomas, should be left alone. Over the next 20 or so years Henry VII destroyed the power of the barons, outlawed private retainer armies and made the country wealthy once more.

Henry's claim to the throne may have been weak - it was, ultimately, little more than the power of the sword. But this previously rather obscure nobleman, whose roots lie in an island off the north coast of the country, remains one of the most influential Welshmen in British history.

Read more about the Tudors on the BBC Wales History website.