The Story of Singleton Park, Swansea

Situated on the edge of the suburb of Sketty, Singleton Park is the largest of all Swansea’s parks, covering over 200 acres.

It has been owned by the Swansea County Borough since 1919 when it was bought from the Vivian family with the express intention of providing leisure amenities for the people of what was, then, still a town – albeit one of the largest in Wales. 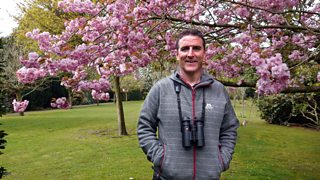 The history of the park, however, goes back a lot further than that. In 1847 the industrialist John Henry Vivian bought Veranda House and the accompanying parkland for his son Henry and his wife Jessie. Just a year later Jessie died in childbirth, leaving Henry distraught. He vowed never to live in the house which was to have been such an important part of his life and the place quickly deteriorated into rack and ruin. By 1853 only the lodge remained, all traces of Veranda House having totally disappeared.

The Vivian family continued to use the parkland, however, and enjoy the revenue of the dozen or so farms that were around the estate. A kitchen and herb garden, created out of the original walled gardens of Veranda House, provided them with many of the luxuries in life. Jessie Vivian was not forgotten and St Paul’s Church – which still stands in the Park – was built as a memorial to her.

After the purchase of the estate by the council in 1919 it was decided to appoint a specialist to oversee the running of the new acquisition. Daniel Bliss was the man chosen to work as superintendent of the park. He was particularly well qualified, having been trained at Kew Gardens in London and it was his decision to create a botanical garden in the centre of the park. 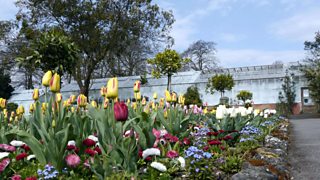 Since their establishment nearly one hundred years ago Daniel Bliss’s botanical gardens have gone from strength to strength and have now grown to hold one of the largest plant collections in Wales.

The herbaceous borders of the botanical gardens come to full and majestic bloom in the summer months while in early spring the place is renowned for its rhododendrons. Even in the depths of winter there are upwards of 200 different plants in bloom. A rock garden, huge greenhouses and even a Japanese bridge add to the overall effect of the botanical gardens and Singleton Park in general.

One of the most famous buildings in the park is the alpine Swiss Cottage, designed by PF Robinson, the man who also designed nearby Sketty Hall for the Vivian family in the early part of the nineteenth century. It has always been a favourite of visitors, bringing a little of the Swiss alps to urban Swansea.

The alpine cottage was badly damaged in an arson attack in 2010 but has now been restored and renovated to its former glory. Financial problems have recently led the council to try to sell or lease out the cottage but, hopefully, the place will continue to function as a tea room and restaurant in the months and years ahead. 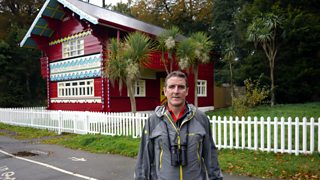 Singleton Park has been the venue for many music events over the years, notably Proms in the Park where artists such as Bryn Terfel have come to perform in a magical open-air concert.

There is a boating lake, complete with boats in the shape of swans – loved by children from all over the city - and a pub. The pub used to be called The Inn on the Lake but everyone who visited or passed by always referred to the place as The Pub on the Pond. As a consequence, the tavern has now changed its name to the less salubrious but more charming Pub on the Pond.

There are several other notable buildings in the Park which plays host to part of Swansea University campus and to Bishop Gore School. St Mary’s Church, Singleton Hospital and the Ty’r Blodau educational visitors centre are also important components of this little piece of quiet solemnity in the heart of a bustling and vibrant city.

Singleton Park might be the largest of the Swansea parks but it retains a personal and intimate feel. There are plenty of open spaces to run or walk your dog but there are also many hidden areas where people can shelter or bide a while, watching the squirrels or listening to the tiny waterfall, in perfect peace. The place has a communal feel to it, however you want to use it. That is its unique appeal.

If you’d like to find out more about Singleton Park, Iolo Williams explores the wilder side of this urban park in the first of a new series of Iolo’s Great Welsh Parks on Monday, 12 January at 7.30pm.

A Most Musical Week