An intro to WOMEX with one of the Seven Samurai

WOMEX, the world music expo, takes place in Cardiff this week. It's the first time the prestigious event has been held in Wales but if you're unfamiliar with it, WOMEX is one of the industry's biggest events in the promotion of world music, which includes Welsh music ranging from traditional and folk music to reggae and African music from Wales.

WOMEX begins on Wednesday 23 October with an opening concert curated by Cerys Matthews, which will take visitors on a journey through the history of Welsh song and Wales' indigenous musical heritage. In Cerys' own words it will "take Wales' culture and music further, putting it firmly on the world map".

I spoke to Alan James earlier this week to find out more about the festival. No stranger to world music, Alan is the chairman of the Welsh Music Foundation and is a director of Cerdd Cymru: Music Wales.

He is also one of WOMEX's Seven Samurai, the judging panel responsible for putting together the programme for this year's event, and was one of the five panel members who selected the showcase artists that will be performing. 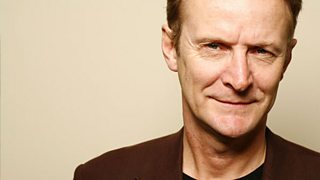 What can people expect from WOMEX?

There are two audiences really; it's a business conference for people that work in world music, but in the evening there are showcases of music from all around the world, and the public can buy tickets for that. The people who come from all around the world to do business are the only people who get the access to the daytime activity at the Motorpoint Arena, which is hundreds of stalls booked by record companies, publishers, promoters, festivals and government agencies.

Though the people who come to the daytime conference are also obviously music lovers and come to the concerts as well alongside the public of Wales – that's how it works.

What does it mean for Welsh artists taking part?

It depends on what an artist wants - people have different ambitions. It's just as valid for a Welsh musician to be at WOMEX and to be talking to promoters from England, Ireland and Scotland in order to get festivals or tours sorted or sell their records there as it would be for them to be selling to continental Europe, Australia or Japan.

WOMEX is probably more about live music in the sense that there's probably more promoters of live music that come to the conference than say record companies or publishing companies, although they do attend, as do journalists and radio and television people.

But if you're a musician and you have a show that you want to play around the world, and if you're in the category of world music, then this is the conference to come to. 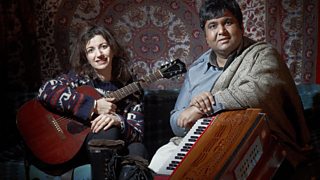 Can you talk about some of the highlights that you're particularly looking forward to?

I suppose I gravitate towards the Horizons stage, which is where all the British artists are. There are going to be six or seven artists from Wales, England, Ireland and Scotland on their own stage – there's some fantastic stuff happening there.

And in the main showcase there's a Wales meets India project called Ghazalaw which is Gwyneth Glyn working with Tauseef Akhtar and artists from India so I'd definitely like to see that.

There's a fantastic African artist called Ebo Taylor, who I think is a bit of a legend but he doesn't play much over in continental Europe so it will be good to get to see him.

I don't really want to single anything out because you're always going to be surprised by something. That's the great thing about WOMEX – you'll stumble across some artists that no-one has recommended or you're not familiar with and you suddenly realise there's something there that's good for you. 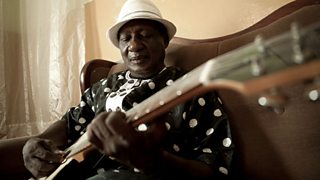 What does being one of Seven Samurai involve, and how did you select the artists for the showcases?

There are hundreds of applicants and you listen to every single submission through an online process. There are some very basic things that you look at that have to be there; it doesn't matter if the music is fantastic if all the band [members] are at school, because they’re not going to be able to tour internationally and they're not going to make the most of the opportunity to showcase.

So while the competition is very stiff we don't want to be putting somebody on that is unprepared in the place of somebody that has an agent, manager, record company - so it's a mixture of musical quality and the network of business they're surrounded with that we look at.

There are five judges - there are seven Samurai but two organise the conference sessions for the symposium. The five of us sat down in an office in Berlin with some of the WOMEX staff and we went through a process of narrowing it down from hundreds to tens and then down to the final line-up. It took about two and a half days, plus all the preparation in advance; you spend probably a week all-in-all just listening to all the snippets of music.

There are some artists that you're all unanimous on. They are the ones that stand out, that when you first see the hundreds that submit there are probably five or six that you think are definitely going to go through. And when you sit round a table with your [fellow judges] you find they've chosen those acts as well. It's a long process, but there are a lot of common agreements amongst the panel. 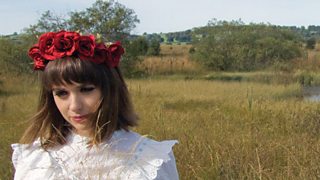 Georgia Ruth, who will perform at the opening concert. Photo: Catrin Davies

Why is WOMEX important for Wales?

Welsh culture and Welsh music is known around the world to some extent, probably more so perhaps through literature, opera and choral singing. This is a sort of audience of music people, some from an ethnomusicological/academic background, that really want to learn about the music of the country they're going to.

Last year WOMEX was in Greece and there's been an upsurge of interest in Greek and Mediterranean music. Obviously this year it's in Wales and there will definitely be an upsurge of interest around the world in Welsh music. Those people coming, particularly from the long haul destinations like say Australia, America and Canada, are going to be learning a lot about Welsh music and for people in Wales it's going to be very interesting.

We have lots of tickets on sale to the public in Cardiff and they're really being snapped up; I think people in Wales love music. The only way you'd get a line-up like this in any other place in Britain would probably be something like the Womad festival, so the only other chance you get to see anything like this is perhaps when something like WOMEX comes to the country, so it's a one-off opportunity.

Can you tell us about the tours following WOMEX?

There are four tours happening directly after the expo with artists from the WOMEX showcase, so it won't just be centred in Cardiff. People can see acts like the Cumbria All Stars and the India-Wales collaboration Ghazalaw – they can see them in various venues around Wales from north to south. People can find details of the tours on the Cerdd Cymru: Music Wales website. 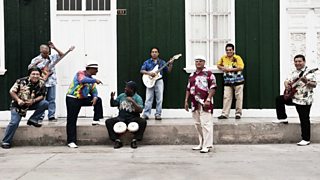 WOMEX runs from Wednesday 23 to Sunday 27 October. Tune in to BBC Radio Wales and BBC Radio Cymru for the latest from the festival plus watch WOMEX - The World's Music Comes to Wales, a one hour special highlights programme at 10pm on Sunday 27 October on BBC Two Wales.